I bumped into the Queen out walking her corgis: Britons share monarch memories 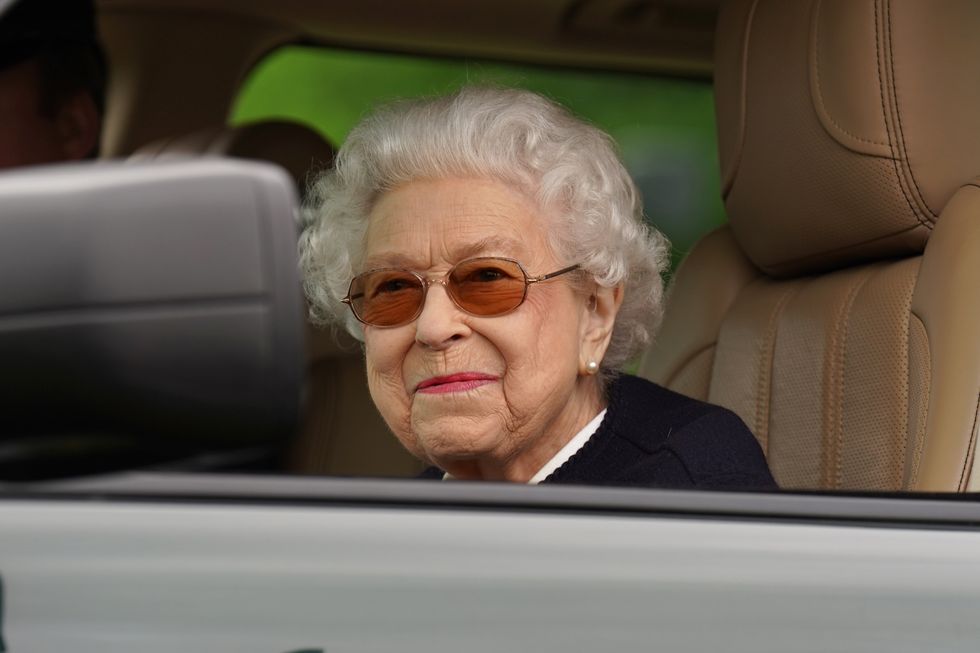 Members of the public have recounted fond memories of their interactions with the Queen, noting the monarch’s “incredible” memory, “gorgeous” smile and “down-to-earth” nature.

The Queen marked 70 years on the throne during her Platinum Jubilee this weekend and the UK has celebrated with bunting, street parties and themed competitions along with her.

Many have shared with the PA news agency their memories of meeting, photographing or even bumping into the Queen while she walked her corgis, during her record-breaking reign.

Harriet Lowther was studying photography at the Glasgow School of Art when she met the monarch out walking her dogs in 2008.

The Queen is said to have a ‘gorgeous smile’ by Elisabeth Jennings, who photographed the monarch in 2002 (Aaron Chown/PA)PA Wire/PA Images - Aaron Chown

Ms Lowther, strolling with her friend and a Westie named Sailor near the Queen’s Scottish residence in Aberdeenshire, was “keeping her eyes peeled” as the pair could tell a royal was staying at Balmoral.

“A Range Rover stopped directly in our path, there was no way for us to avoid it so we put our little dog on a lead,” the 36-year-old artist and illustrator from Wiltshire explained.

“The Queen had seen a fence post that had fallen down and she stopped the car and got out to fix it.

“She let (her corgis) out and they saw our dog… they started barking at our dog and she heard that.

“She called her dogs and put them in the car and I thought, ‘Oh she’s going to go on her way because we’re Joe Public,’ but she didn’t – by this point we were next to her, she waited for us and we had a chat.”

Ms Lowther said the Queen asked if they lived locally and asked what they were studying, as well as commenting on the weather.

“I’m quite northern and I remember going, ‘I hope it doesn’t rain’ while trying to do a proper English (accent),” she said.

“I was still so close to her and she was quite a lot shorter than I expected.

“I never thought I’d meet the Queen… I didn’t freak out, I was just in shock.

“She seemed very nice, very down to earth – she could have jumped in the car and sped off but she didn’t.”

Ms Lowther wrote a ‘thank you’ letter to the Queen as part of a university project and received a response from her lady in waiting that the monarch has “fond memories” of their meeting.

“I’ve got that framed somewhere in my attic,” she said.

“I feel bad at parties when people say ‘Oh, I met Elton John’ or whatever.

“I totally am like, ‘I met the Queen.’ It just trumps every famous person ever, doesn’t it?”

Elisabeth Jennings from West Yorkshire has met the Queen twice, first taking her picture in 2002 at the 50th anniversary of the Agatha Christie play The Mousetrap.

“I was volunteering with Equity, the actors’ union, and we were preparing to go to a conference so we were just going out for a meal. I had been panicking because I thought there was a bomb scare in London,” Ms Jennings said.

“I spoke to a police officer and said, ‘What’s going on? Is there a bomb scare?’ and he said, ‘No, her Majesty the Queen is at the performance of the The Mousetrap this evening.'”

“We were walking back a bit later on the evening and the policeman who spoke with me earlier called me back and said, ‘She’ll be out in 10 minutes’ and I said, ‘Pardon?… Oh my God’.”

As the Queen stopped to admire flowers being offered to her, Ms Jennings and her film camera were suddenly face to face with the monarch.

“Her Majesty stood right in front of me,” she said.

“And she nods and beams a gorgeous smile. It’s one of, if not the best photograph I’ve ever taken.”

Neil Fleet, who met the Queen in the late 1980s

Neil Fleet, 58, was at a Buckingham Palace garden party in the late 1980s as his father was on the board of the Royal Philharmonic and the Prince’s Trust.

“She remembered us the third time we went,” Mr Fleet said.

“The Queen has an incredible memory.

“She will always make you feel like you are the most important person she will talk to that day, even though you only get a few minutes to chat with her.”