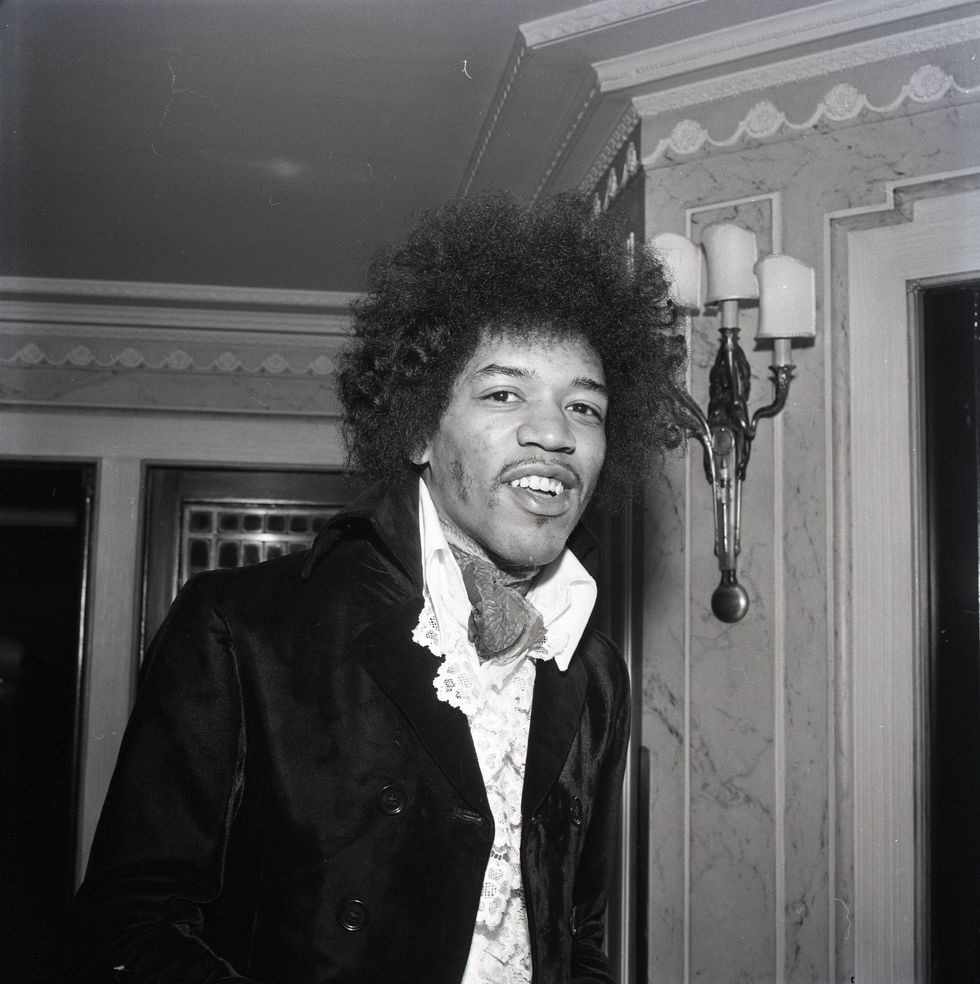 Two halves of a rare signed manuscript of lyrics by legendary guitarist Jimi Hendrix have been pieced together 55 years later.

The American musician was in the early stages of his career when his band the Jimi Hendrix Experience played the Bath Pavilion on the evening of February 20 1967 after they stood in for Chuck Berry, who had cancelled.

Before the concert, two local girls, aged 15 and 16, made their way to the backstage door in search of a prized autograph.

Hendrix stepped out to meet them but told them he had no blank paper when they asked for his signature. Instead he tore out a page of an exercise book he had to hand, ripped it in half and then signed both pieces.

As the teenagers walked home after the gig they turned over their respective pieces of paper to find handwritten lyrics, headed “51st Wedding Anniversary” – with a side heading, “Key of B”.

The two friends later drifted apart as their lives took different directions and with them, the two pieces of the lyrics.

But last year one of them approached Lancashire-based rock ‘n’ roll memorabilia store Tracks Limited for a quote of her set of the autographs.

And at the request of Tracks, the seller managed to track down her friend – despite limited contact over the past five decades – in Bath, who had also kept her piece of the page intact.

Both women, who wish to remain anonymous, agreed to sell their halves of the manuscript which is now valued at a five-figure sum.

Paul Wane, of Tracks, said: “There are extremely few Jimi Hendrix manuscripts in existence and even fewer that have been signed by Jimi and the other two members of the Experience.”

The manuscript will shortly be offered for sale by Tracks who offer free valuations of memorabilia at webuyrockandroll.com