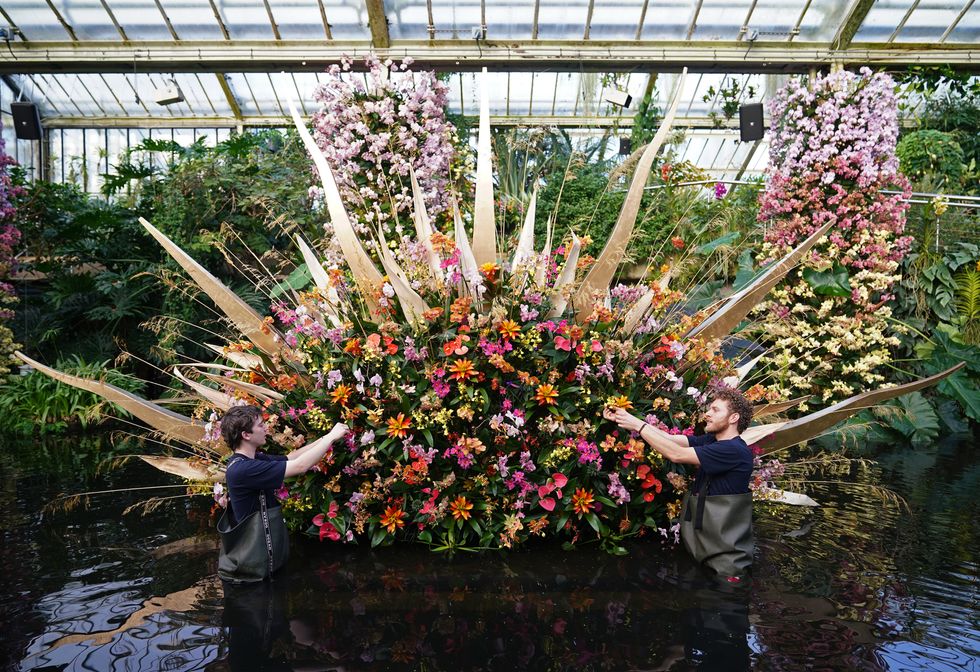 Kew Gardens is set to open its annual orchid festival this week, showcasing some of Costa Rica’s most stunning blooms.

The event, due to begin on Saturday, will feature flower arrangements representing the biodiversity of the Central American country including monkeys, sea turtles, and the native quetzal bird – a symbol of Costa Rican forest protection.

Visitors will also be able to see the Ethereal Nature exhibition, a series of installations by Costa Rican artist Dino Urpi created to explore the balance, beauty and harmony of the natural world.

Guests will find the the glasshouse pond brimming with brilliant oranges and yellows to imitate a rising sun, while the national flower, the vibrant pink Guarianthe skinneri, will be on show.

Outside the conservatory, there will be traditional Costa Rican folk dance performances on Saturdays at 11am and 1pm.

Alberto Trinco, acting supervisor of the Princess of Wales Conservatory at the Royal Botanic Gardens, Kew, said: “Every year we enjoy brightening up the gloomy winter months with creative, vibrant and beautiful displays for Orchids, and this time around feels all the more pertinent after last year’s closure – the first ever in the 26-year run of the festival.

“Costa Rica is a major orchid habitat with so many interesting species, and has much to teach us about conservation as the world faces such huge threats from biodiversity loss.

“Visitors will be able to safely enjoy a coast-to-coast journey across this tropical paradise that we’re aiming to recreate inside the Princess of Wales Conservatory, and learn a thing or two about its diversity and cultural wonders along the way.”

The festival, which will showcase the work of local experts in Costa Rica and Kew, will run to March 6.

Costa Rica is home to 6% of the world’s plant and animal species and was the winner of the 2021 Earthshot Prize for the Protect and Restore Nature Award for its work in restoring the rainforest.

Rafael Oritz Fabrega, ambassador of Costa Rica, said: “We look forward to welcoming visitors to the Orchid Festival – to both celebrate our Costa Rican heritage and our policies that encourage sustainable land use practices.

“Today, Costa Rica is one of the only countries in the world to reverse its deforestation, stop biodiversity loss, and increase forest cover to over half its total territory, whilst increasing economic growth. Ultimately, we want to build a better future for the planet – an ethos we are proud to share with the Royal Botanic Gardens, Kew.”

Please log in or register to upvote this article
Costa RicaKew