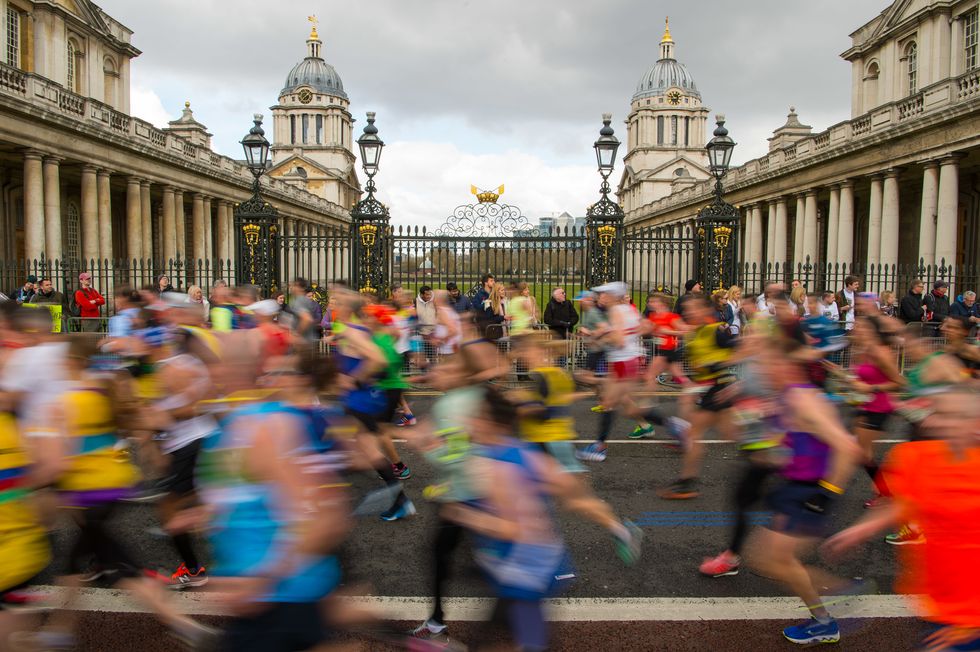 The BHF is the charity of the year for the October 2 event and hopes its team of runners will raise more than £3 million for the cutting-edge field of research which could unlock a cure for heart failure.

Nine regenerative medicine research projects have been earmarked for a share of the money raised.

They aim to find ways to regrow, repair and replace damaged heart muscle and blood vessels – and could one day find a cure for heart failure.

Among the BHF runners is Professor Sanjay Sinha from the University of Cambridge, who is leading ground-breaking research behind the Heart Healing Patch.

Made of stem cells, the patch could be applied to the heart to help repair damage caused by a heart attack and could help save and improve the lives of millions worldwide living with heart failure.

Marathon fundraising could help to make the Heart Healing Patch a real treatment option for some patients.

BHF chief executive Dr Charmaine Griffiths said: “We never fail to be inspired by the incredible stories of our supporters.

“By taking part in the iconic TCS London Marathon 2022, our runners will help turbo charge pioneering research into regenerative medicine – including the development of a Heart Healing Patch, which could save and improve the lives of millions of people worldwide affected by heart failure.

“Every single step our runners take will power science with the potential to heal damaged hearts. We’re extremely grateful for their support, and can’t wait to cheer them over the finish line.”

Maria is part of Sanjay's team working on the Heart Healing Patch. She tells us about the difference this lifesav… https://t.co/njBwz4dMLe
— BHF (@BHF) 1663749035

Many of the fundraising runners have chosen to support BHF because of their own personal experience.

Hannah Halden is running in memory of her sister Lona, who died at the age of 16 following a cardiac arrest, six months after being diagnosed with hypertrophic cardiomyopathy (HCM).

HCM is a disease where the muscle wall of the heart becomes thickened which can affect its ability to pump blood effectively.

“It will feel so meaningful to know that I’m helping to fund research that could save the lives of people like Lona,” said the 33-year-old solicitor who lives in Birmingham.

Her mother Gwyneth, who was later diagnosed with dilated cardiomyopathy, died earlier this year, aged 53, from lung cancer.

“By running the TCS London Marathon for the BHF, I’m honouring my dad and my mum while helping to fund the BHF’s life-saving science into heart and circulatory disease and keep more families together for longer,” she said.