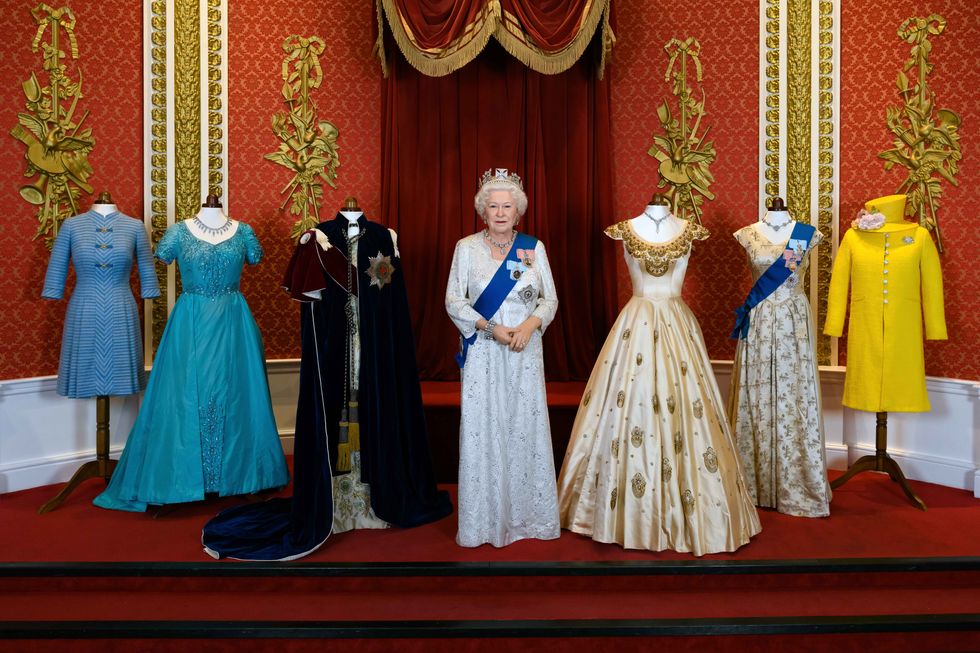 Replicas of some of the Queen’s signature outfits over the past 70 years are to be showcased at Madame Tussauds.

The London tourist attraction will be displaying its Royal Dress Collection to celebrate the Platinum Jubilee.

Among the seven archive outfits, which have graced the 24 lifelike wax figures of the Queen made by Tussauds during her reign, will be a copy of a Sir Norman Hartnell gown, as well as a fake Imperial State Crown.

Sir Norman designed the Queen’s Coronation dress and the gown on show is a recreation of one of the monarch’s tour gowns, worn by the Queen for a visit to Nigeria in 1956.

There will also be a depiction of the Queen’s grand Order of the Garter mantle – ceremonial robes which have been used on seven wax figures of the monarch.

Another dress is a richly embroidered French white satin gown from 1956 based on designs worn by the Queen at the Order of the Garter ceremonies.

A striking yellow coat and hat was sewn by the Madame Tussauds London team in 2018 to recreate the style of the Queen’s famous block-colour designs.

Visitors will also be able to examine outfits made especially for the popular museum by royal dressmaker Ian Thomas, who styled the Queen in the 1970s and 1980s.

They include a 1985 blue and gold topaz gown which was taken on a figure to Buckingham Palace for a viewing by the Queen, a 1979 beaded evening gown and a blue day dress made for Tussauds to mark the 1977 Silver Jubilee celebrations.

“When King George III sat for Marie in 1809 it began a tradition that British monarchs would sit for Madame Tussauds London artists to create their figures.”

He added: “This is a tradition we are incredibly proud of and it continues to this day with the Queen generously agreeing to seven sittings with our artists during her reign.

“More figures of Queen Elizabeth II have been made than anyone else in Madame Tussauds’ history and with that comes a vast array of stunning outfits from over the years – some of which were even designed and created by the Queen’s dressmakers themselves.”

The Royal Dress Collection will be on display at Madame Tussauds London from May 27 for two weeks.