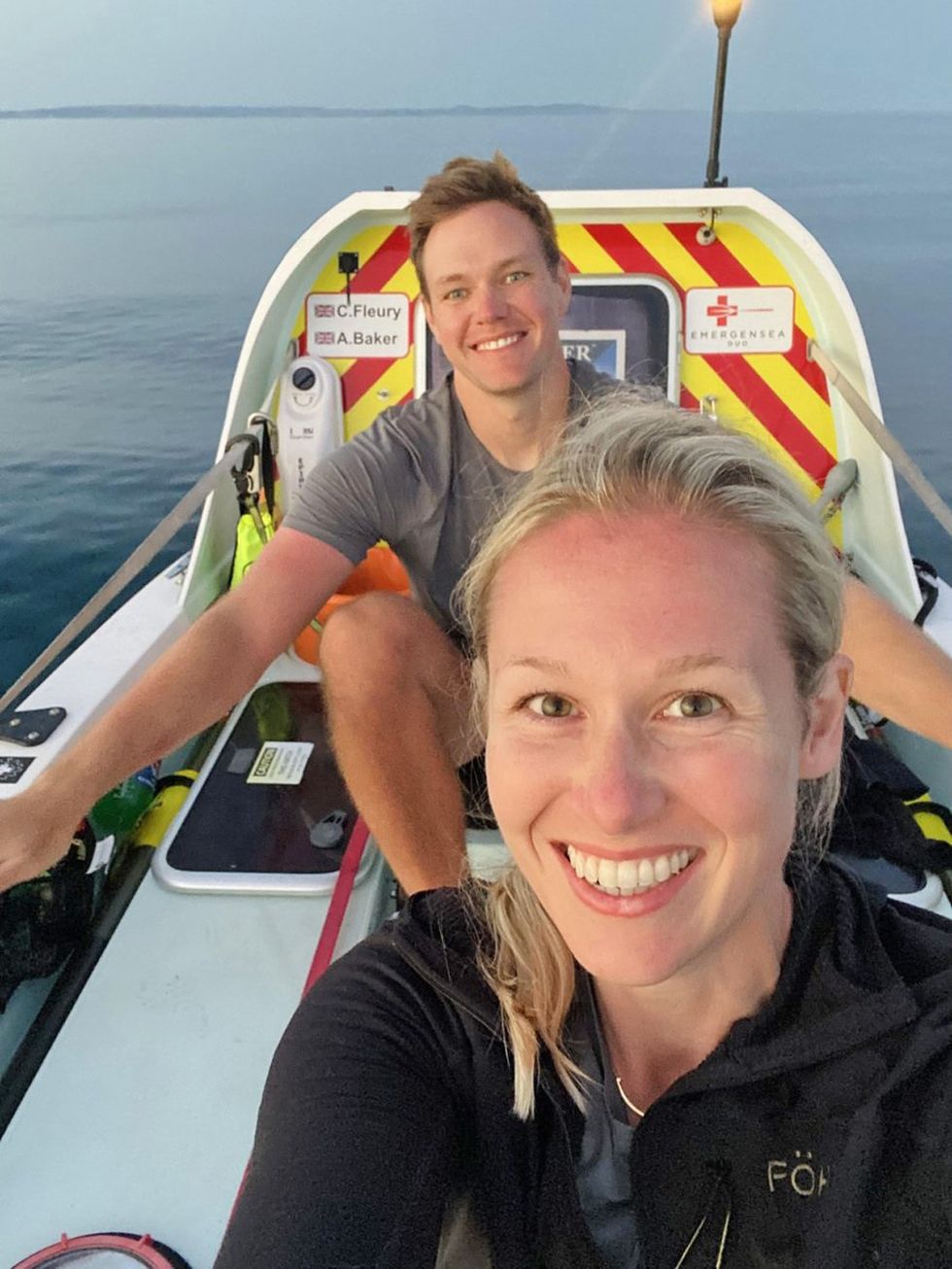 Husband and wife doctors have landed in the Caribbean after rowing 3,000 miles across the Atlantic for charity.

Charlie Fleury and Adam Baker, both 31, are the first ever married couple to participate in the Talisker Whisky Atlantic Challenge.

The couple, from Devon, finished first in the mixed pairs ranking after more than seven weeks of rowing.

They have raised more than £20,000 for frontline medical charities after rowing from the Canary Islands to Antigua in a 24ft boat.

Their vessel, which is called Percy, was about a third the size of a red phone box and they took it in turns to row, swapping every two hours around the clock.

The longest the couple, who work as A&E doctors at the Royal Devon and Exeter Hospital, had rowed together before they set off was five days.

Dr Fleury said: “This has been such a tough challenge with so many highs and lows.

“There aren’t many ultra-events that last longer than seven weeks and have such a variety of weather conditions to tackle.

“The highlight of the journey was definitely seeing a pod of orcas. Three from the pod came alongside the boat and it was truly magical.”

On their journey, the pair struggled with seasickness, low energy and even hallucinations and the exhausting temperatures and weather conditions put a strain on them too.

Dr Baker said: “We’re so delighted that we’ve made it through this adventure, with all its highs and lows.

“The height of the waves was sometimes frightening, and at one point we even had a large shark follow the boat which was quite intimidating, but it was incredible to be so close to ocean wildlife.”

Boy awarded medal after raising more than £570,000 with camping challenge

Stargazers could be treated to repeat of spectacular Northern Lights display

Please log in or register to upvote this article
Devon