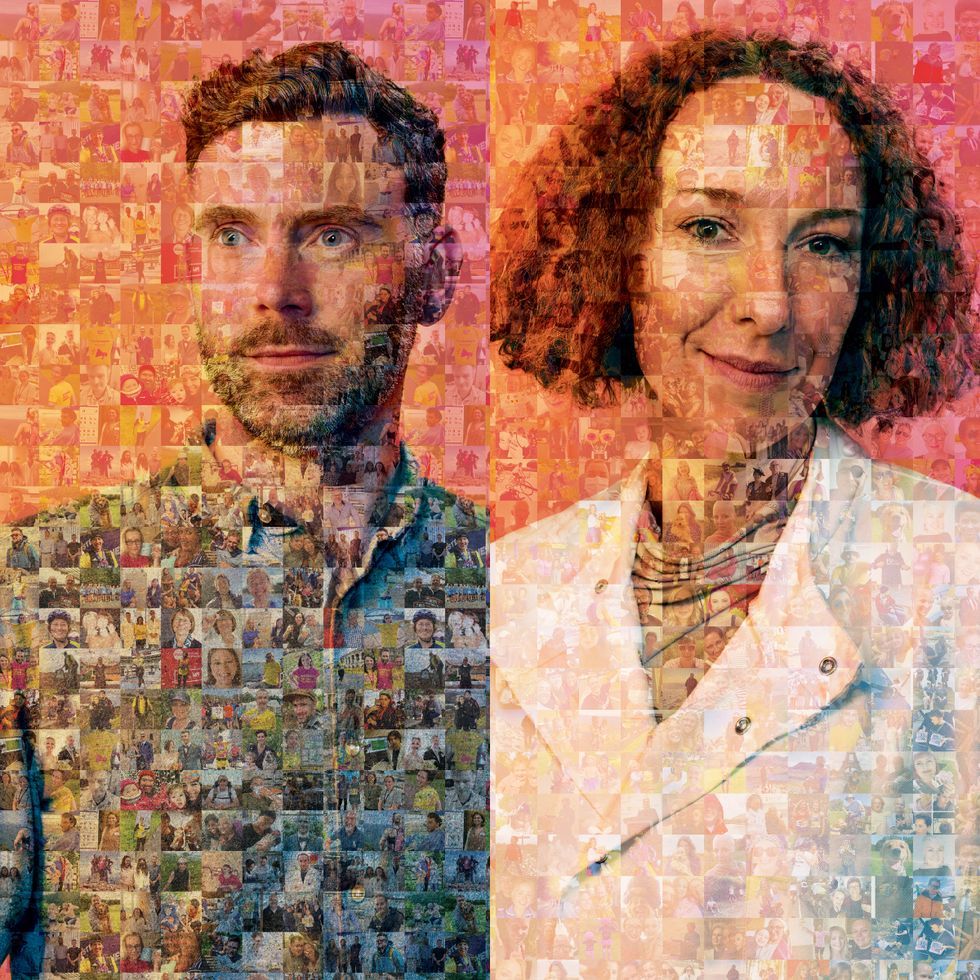 Giant mosaics made using images of people who have experiences with cancer enjoying important milestones which could have been missed are to be showcased at an exhibit across October.

Around 750 people who have had experiences with cancer submitted images of themselves attending memorable events, from weddings to graduations, to charity Worldwide Cancer Research, which used them to create a mosaic of a pioneering scientist.

Dr Christine Dufes has been studying how prostate cancer responds to treatment and the 2m-by-2m image of her pays homage to the ability for research to prolong the life of cancer patients and allow them to be with their loved ones for longer.

One of the people featured in the mosaic was Nick Summerfield, who can be seen with his cocker spaniel Twiggy.

Cancer-free now, he was diagnosed with stage three bowel cancer at the age of 33 and hopes his image will highlight that cancer can affect anyone.

Iyna Butt was also featured, alongside her son, enjoying a holiday in Paris.

As she underwent a series of “successful” treatments, including chemotherapy and radiotherapy, she was able to spend quality time with her son, “soaking up the sights”.

The second mosaic of Adam Coulson – who has helped the organisation with fundraising following the loss of both his parents – has been composed of individual photographs from the charity’s Curestarter community – supporters, fundraisers and scientists who have dedicated themselves to finding treatments and cures.

Adam Coulson, a fundraiser for WCR, who was the inspiration for the second mosaic (World Cancer Research/PA)

The charity’s CEO Dr Helen Rippon said the Curestarters have allowed Worldwide Cancer Research to be “one step closer to the next breakthrough which will ultimately save more lives.

“Every photo of a moment made possible by pioneering cancer research represents a life milestone which would otherwise have been missed and another day enjoyed with friends, family or loved ones.

“Our Curestarters continue to be inspired by these achievements as well as those who are unfortunately no longer with us, collectively working tirelessly towards our ambition of eradicating cancer once and for all.”

More information about the mosaics and becoming a Curestarter can be found at https://www.worldwidecancerresearch.org/

Please log in or register to upvote this article
Cancerhealth