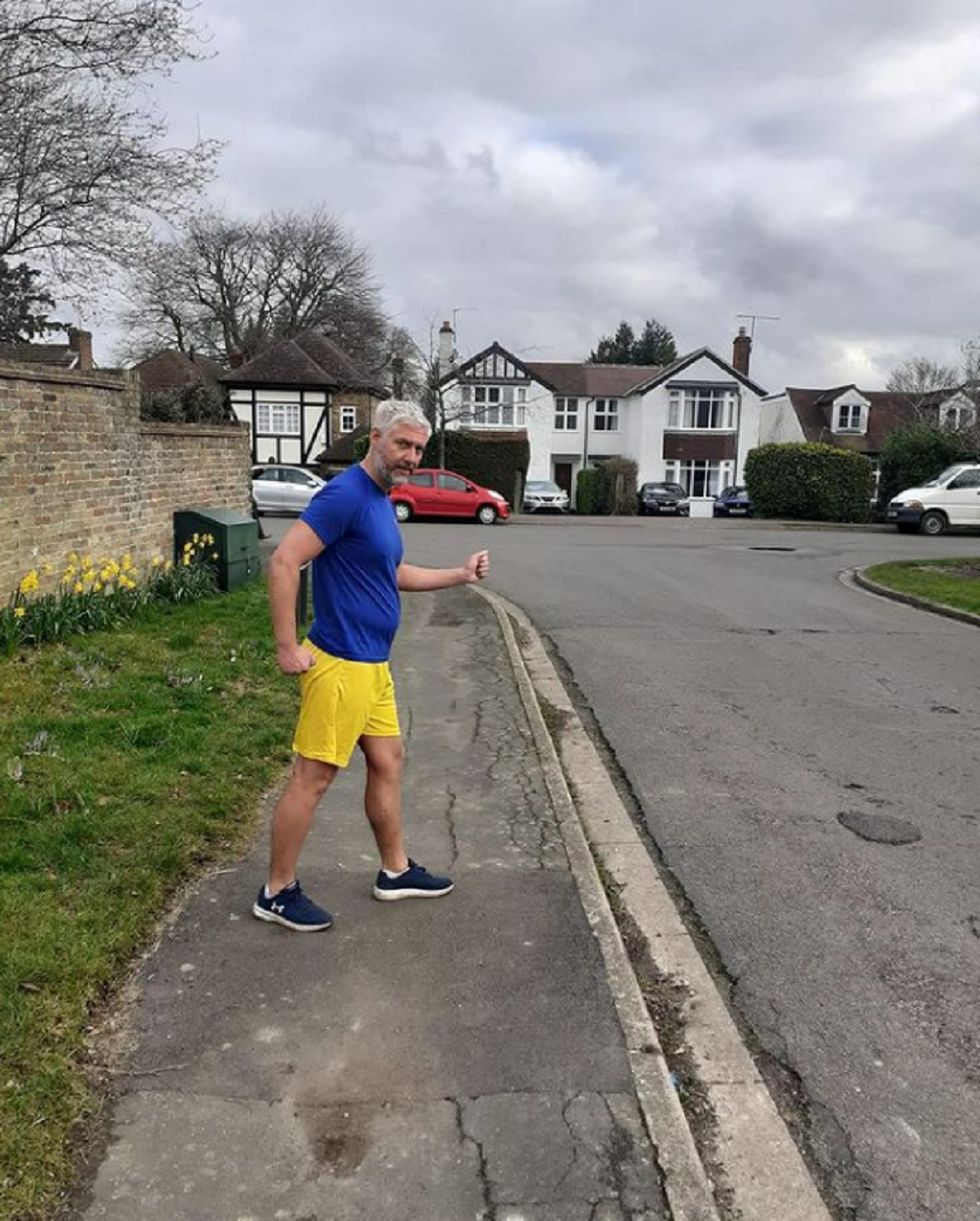 A serial fundraiser once known as Mr Gorilla has ditched his outfit for a new 263-mile walking challenge which relies on the “kindness of strangers”, and will end at the Houses of Parliament to raise awareness for the plight of Ukrainians.

Tom Harrison, who lives in Amersham, Buckinghamshire, and works in project management, will walk 263 miles over 15 days from Land’s End in Cornwall to Parliament Square in London to raise money for the British Red Cross Ukraine Crisis Appeal.

The walk, from September 12, will pass through Somerset and Dorset and requires Mr Harrison, 46, to spend no money – relying instead on the “kindness of strangers” for food and accommodation.

“During lockdown I did quite a lot of walking and enjoyed exploring different places and then the situation in Ukraine happened,” he told the PA news agency.

“As it went on, I thought that I need to do something for all the refugees who had to flee their country and their homes, often in a hurry.

“Some of them have lost their homes, some of them have been subject to shell fire or lost a relative – I thought since I am doing a lot of walking anyway, why don’t I do a long walk and finish somewhere significant – Parliament Square – and hopefully through going through a bit of suffering myself, it will inspire people to donate.”

Mr Harrison is no stranger to challenges, which include crawling the London Marathon in 2017 and a 19-day hand cycle from Land’s End to John Groats in 2018, but this will be the first one he takes on as himself rather than as his ape-inspired alter ego.

Formerly called Mr Gorilla because he wore a gorilla outfit, he wanted to take on this challenge as himself to stop “hiding behind a mask”.

“My challenge will have to speak for itself, rather than a costume and silly name,” he said.

“Who knows, I may even get given some bananas along the way.”

Mr Harrison will be reliant on the “kindness of strangers” to reflect Ukrainians’ plight.

I think the walk's going to require me to have more interactions with people that I might not have had if I was just doing a straightforward walk, but I love chatting to people and it means more people will find out about my story

“I think the walk’s going to require me to have more interactions with people that I might not have had if I was just doing a straightforward walk, but I love chatting to people and it means more people will find out about my story.”

He joked that he “may well be knocking on farmers’ doors and saying can I sleep in your barn and at least then I won’t be getting a wet face if it’s raining outside”.

He added that it was “really nice” to see “both people supporting Ukrainians, and Ukrainians being somewhere safe and settling in”, when he handed out leaflets to raise awareness for his cause in his local area.

So far he has exceeded his £1,000 fundraising target, with over £2,000 donated so far, which he said is “great” and “shows the strength of feeling”.

“It is fantastic that I have raised over £1,500 without even taking a step outside the front door,” he said.

“But the hard work is yet to come in many ways.”

He added that he hopes keen walkers will join him for a mile.

“I think that will be good motivation for me, but nice also for people to see what I am doing and how I am experiencing it,” he added.

More information about Mr Harrison’s fundraiser can be found at: www.justgiving.com/fundraising/landsendlondon

Jeremy Corbyn recreates his iconic 'we're back' meme from 2017