Pilot, 17, lands in UK on round the world record attempt 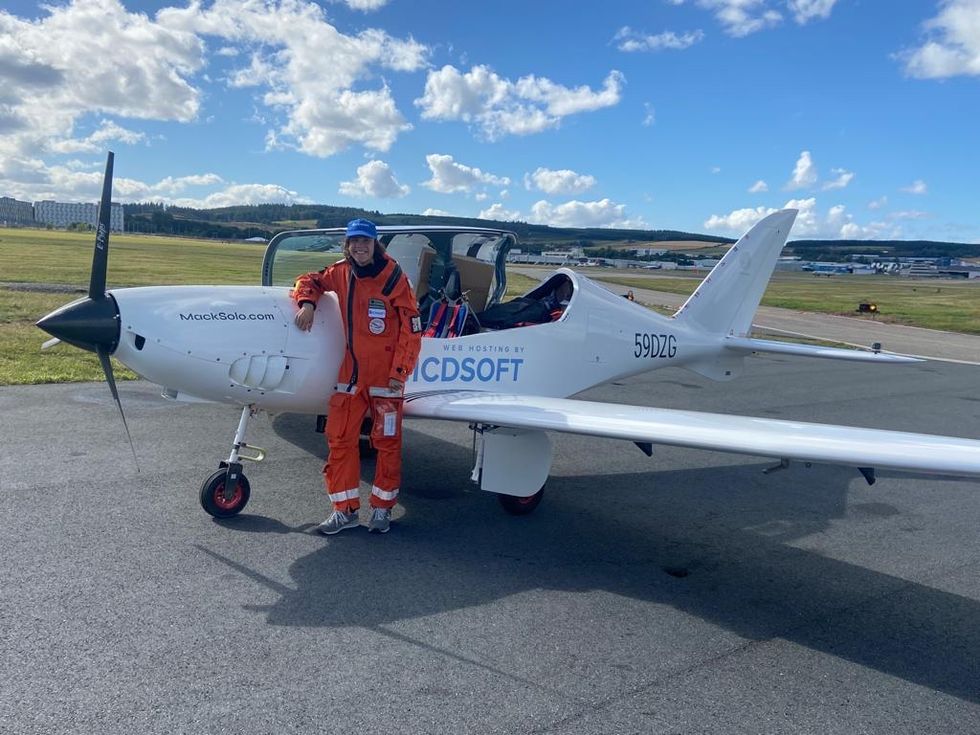 A 17-year-old pilot has landed in Scotland on his world record attempt to become the youngest person to fly solo around the globe.

Mack Rutherford took off from Sofia, Bulgaria, on March 23 this year and flew to Italy and Greece.

He has since flown on across the world, facing sandstorms in Sudan, extreme heat in Dubai, airport closures in India and many technical issues.

The British-Belgian teenager landed in Aberdeen on Saturday in the final stages of his journey back to Sofia, where he hopes to arrive on August 24.

Mack flew over North Carolina on his travels (macksolo.com/PA)

During the course of his journey, he has enjoyed meeting young people like himself who do amazing things and make a difference.

He said: “There are many people of my age who do amazing things. Often few people know about them.”

He added: “Together we can show that young people make a difference.”

Mack aims to break the record for the youngest male to fly solo around the world, currently held by Briton Travis Ludlow, who completed the feat aged 18 years and 150 days.

He has been spurred on by his sister Zara, who in January this year became the youngest woman to fly around the world, aged 19, and the youngest person to circumnavigate the world in a microlight.

The teenager has wanted to be a pilot since the age of three and qualified for his pilot licence in September 2020, which at the time made him the youngest pilot in the world at the age of 15 years and two months.

Flying runs in the family as his father Sam is a professional ferry pilot, and his mother Beatrice is a private pilot.

He said: “I have been fortunate to have had a family that has been able to help me progress in my flying.

“But no matter what background you have, I believe it is never too early to work towards your dreams and you shouldn’t limit yourself by others’ expectations.”

The teenager is flying a Shark, a high-performance ultralight aircraft with a cruising speed reaching 300km/h.

The aircraft has been specially prepared for such a long journey and ICDSoft, Mack’s main sponsor, is loaning him the plane for the attempt.

Cat reunited with owner after 11 years away from Scottish home

Please log in or register to upvote this article
AberdeenAir