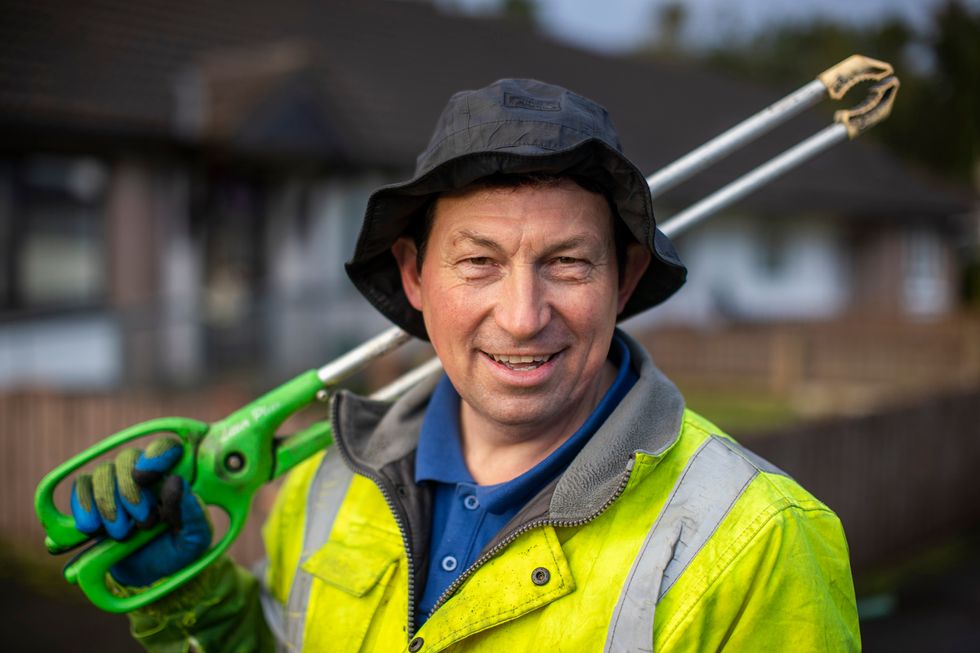 A road sweeper from Co Antrim said he thinks it is his determination to always go the extra mile which has led to him being awarded the British Empire Medal (BEM).

Stephen Burns, 56, has been cleaning up the streets of Portglenone for two decades and has been recognised in the New Year Honours list.

Mr Burns, who works for Mid and East Antrim Council, said he originally thought it was a wind up when he was told about the honour.

He told PA: “I don’t know anything about how these things work. I just go and do my work every day.

“About a month ago, a fellow rang me around lunchtime. He told me about this award and I thought he was pulling my leg.

“I told him I would mention it to some other people and he said to me I wasn’t allowed to tell anyone. I thought that sounded a bit suspicious.

“He told me there was a letter to come about it. They couldn’t email it to me because I don’t have an email address.

“So, I phoned my boss and he told me that it was real and then the letter eventually came.”

He added: “I do the main street in Portglenone, all the roads, in around the housing estates. I clean it all up.

“You earn your money at this time of the year when it is cold, but I always thank the Lord every morning that I have my health and I love this kind of work.

“I’ve got to know lots of people through my work. There are people waving at me all the time and tooting their horn and sometimes I don’t know who they are at all.

“I suppose I’m in the public eye all the time.

“The job has not changed that much and that is the way I like it.

“I would do a lot of cleaning up, lifting litter, clearing away the weeds, I do all the wee things that maybe other people wouldn’t do. I would always try to go the extra mile. I always want to do a good day’s work.”

Mr Burns said that despite his honour, he still intends to keep cleaning the streets of Portglenone.

“I’ve no plans to retire. I don’t want to quit, I couldn’t afford to even if I wanted.
“I’ve a nice day out at the palace to look forward to, I’m not sure I’ll be able to bring my brush with me. It is nice that the working man is recognised.

“I put a lot of effort into this street, I’ve taken a lot out of myself doing it. Maybe that’s why I’ve got this award.”