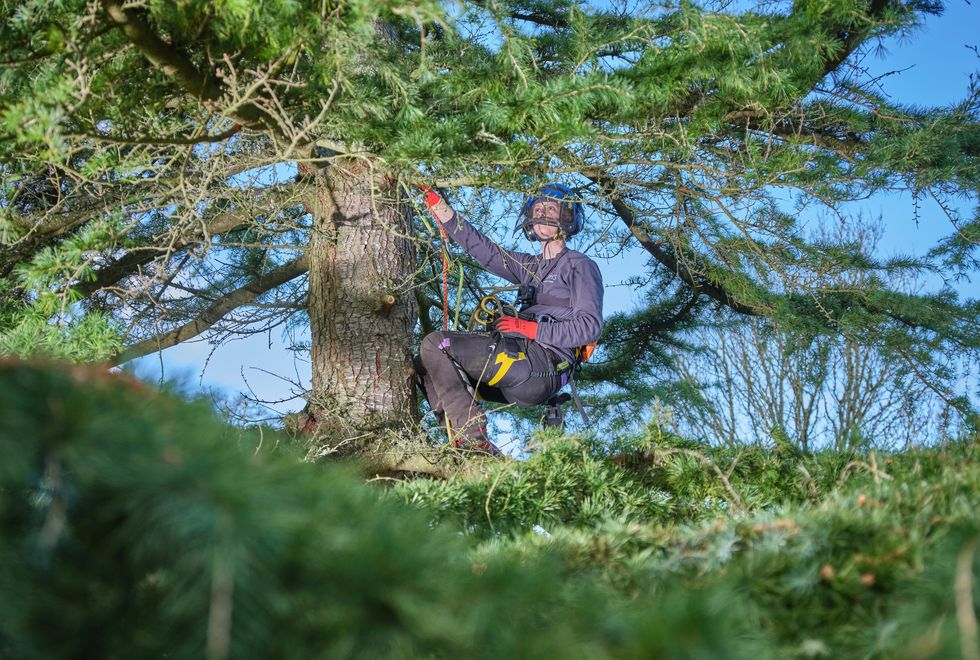 The second ever female apprentice arborist with the Royal Horticultural Society said she hopes her new role might inspire others to think about jobs that do not conform to stereotypes.

Gabriella Jardine, based at RHS Bridgewater in Salford, has been tending to trees and felling to create space for different species to increase biodiversity and enable other trees to thrive.

The 30-year-old, who is originally from London, left a career in academia to pursue a role as an arborist working outdoors.

Her change of direction comes amid a big increase in applications to train at the horticultural society.

The RHS said there had been a 60% increase in apprenticeship applications in 2021 – the highest in decades.

The number is expected to grow as people continue to reassess their career path following the pandemic.

A significant number of apprentice applicants last year were career changers, with 25 to 34-year-olds accounting for 39% of applicants and 17% from 35 to 44-year-olds.

The RHS said Ms Jardine is also paving the way for females in the arboriculture industry.

“We’re excited that as of December 2021, more females than men had applied for 2022’s RHS apprenticeship intake,” said the RHS.

Ms Jardine said she had spent almost 10 years studying, with “a lot of time in the lab”, as she did a masters in science and geology, followed by a PhD in ocean and earth science.

She said the new job is “a departure” from what she had been doing as it is “a lot more outside and practical-based”.

She told the PA news agency: “I guess I knew when I was wrapping up my PhD that I wanted to move into a career that had more time outside and on my feet.”

Asked how it felt to be the RHS’s second ever female apprentice arborist, she said: “I’m grateful for the opportunity. It’s obviously a very male-dominated field. Personally, I’ve never cared too much about stereotypes or anything like that.

“So I saw the opportunity come up, thought ‘I could do that’ and went for it.

“But I guess it is something that hopefully might inspire some other young girls out there to think about a career that’s less typical and a bit more active on your feet, because it is a lot of fun.

“If you’ve got a head for heights and you like being outside it is one to maybe think about.”