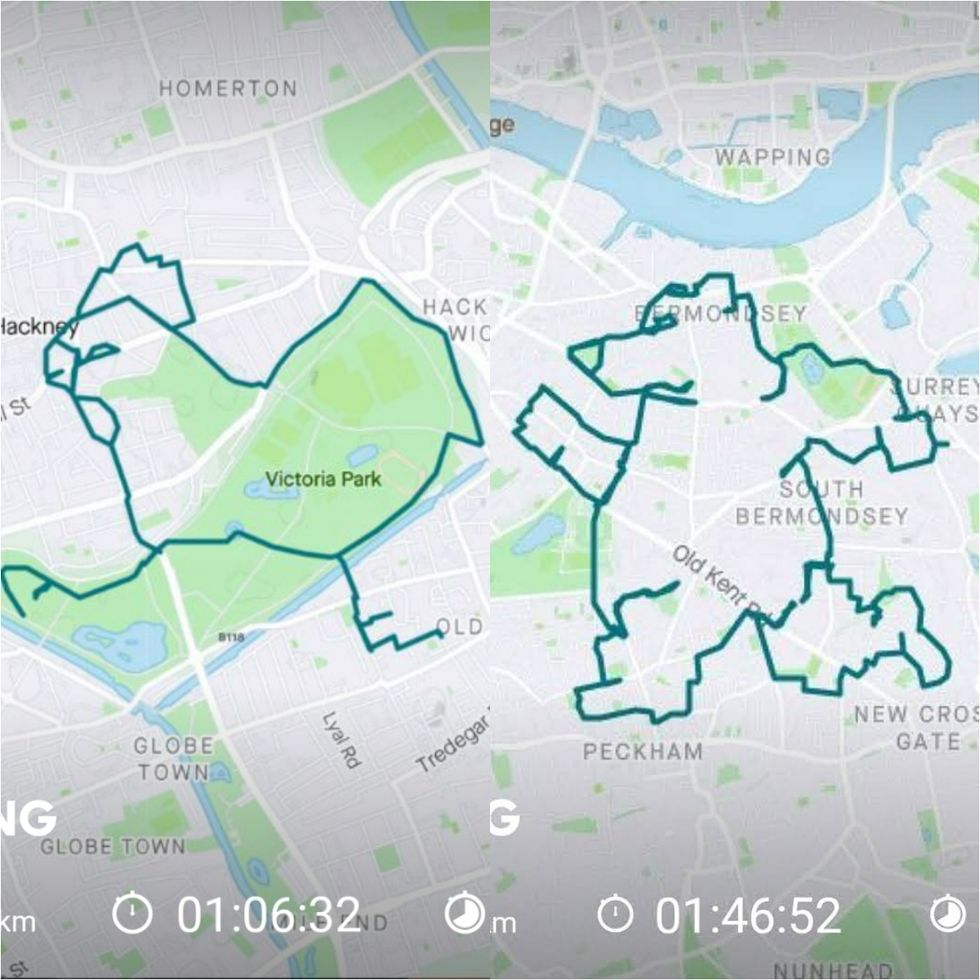 A runner with a talent for creating animal-centred GPS art is taking on a series of marathons to raise funds for a spinal research charity following “one of the most devastating moments” of his life.

Jeric Yuen, 37, who works in web development, is running the Berlin marathon on September 25 and the New York City marathon on November 6, to raise money for Spinal Research.

He first started helping the charity after an accident in 2018, which he said was “one of the most devastating moments of my life”.

“I was training hard for the Berlin marathon and then three weeks before that, I sort of cracked one of my toes and was on crutches for three months,” Mr Yuen, from London, told the PA news agency.

“It took me almost four months to recover – it was one of the most devastating moments of my life as I went from being super active to not being able to move properly and seeing people doing things on social media that I could not.

“After I recovered, I thought I should give back to the community because I think everybody deserves to be able to stay active, and I found out about Spinal Research and have been fundraising for them ever since.”

In a bid to raise as much money as possible, he has turned his interest in GPS art into a quirky way of raising awareness for the cause, and intends to create more than 55 items.

Currently on 51, he first began working on the pieces in 2019 while on holiday in Glasgow, where he tried to find a park to run in and noticed that it looked like a human face.

“So I thought, maybe I’ll go out and see whether I can draw a human face, went out for the run and thought – wow, it really looks like a human face.

“And then I found another park in Glasgow that looks like a T-Rex and drew that, and started thinking of what other things I could draw when I got back to London.”

He has since gone on to draw many animals including a sausage dog, a bear running and a elephant, as well as Pokemon character Pikachu and even Father Christmas.

He uses the website plotaroute to make the art, which he says is similar to Google Maps.

“You start plotting things and once you have a plot, you can export it out into a GPS file, which you can use on your smart watch or phone, he added.

He said that a lot of work goes into planning the art, and “what people don’t see behind the scenes is that there are many many hours of planning”.

Depending on the size of the drawing, Mr Yuen can run as far as 12 to 18 miles, which can take between four and five hours.

He particularly enjoys making the art alongside other runners as part of group runs.

“We do the run together, we’ll do the drawings together and it’s really fun for people to see what they have drawn, they’re like, we’ve drawn a chicken or oh, I’ve drawn a T-Rex,” he said.

He said that training for his forthcoming marathons has been “up and down this year” and it takes him roughly three to four months, but that he is looking forward to the New York marathon as it will be his first time visiting the country.

“I’m just going to enjoy myself in New York and in Berlin, I’m going to try and see whether I can push my time down,” he added.

He is to also take part in the London marathon on April 23 2023 to continue raising funds for Spinal Research.

More images and information about the fundraiser can be found on this link: https://www.justgiving.com/fundraising/jeric-yuen

Please log in or register to upvote this article
ArtBerlinLondonNew YorkRunner