Two sisters, who lost both their parents to cancer, only to be diagnosed with breast cancer within six weeks of each other are now hoping for the all-clear this summer.

Tracey Pinfold, 50, and Cathy Corr, 47, saw their lives turned upside down between December 2016 and January 2017 after they discovered abnormalities in their breasts and discovered they both had stage two breast cancer.

Having already lost their father to pancreatic cancer in 1979 and their mother to lung cancer in 2008, Tracey, a specialised personal trainer, and Cathy, a logistics business owner, had gruelling chemotherapy and mastectomies but showed fierce determination to survive. 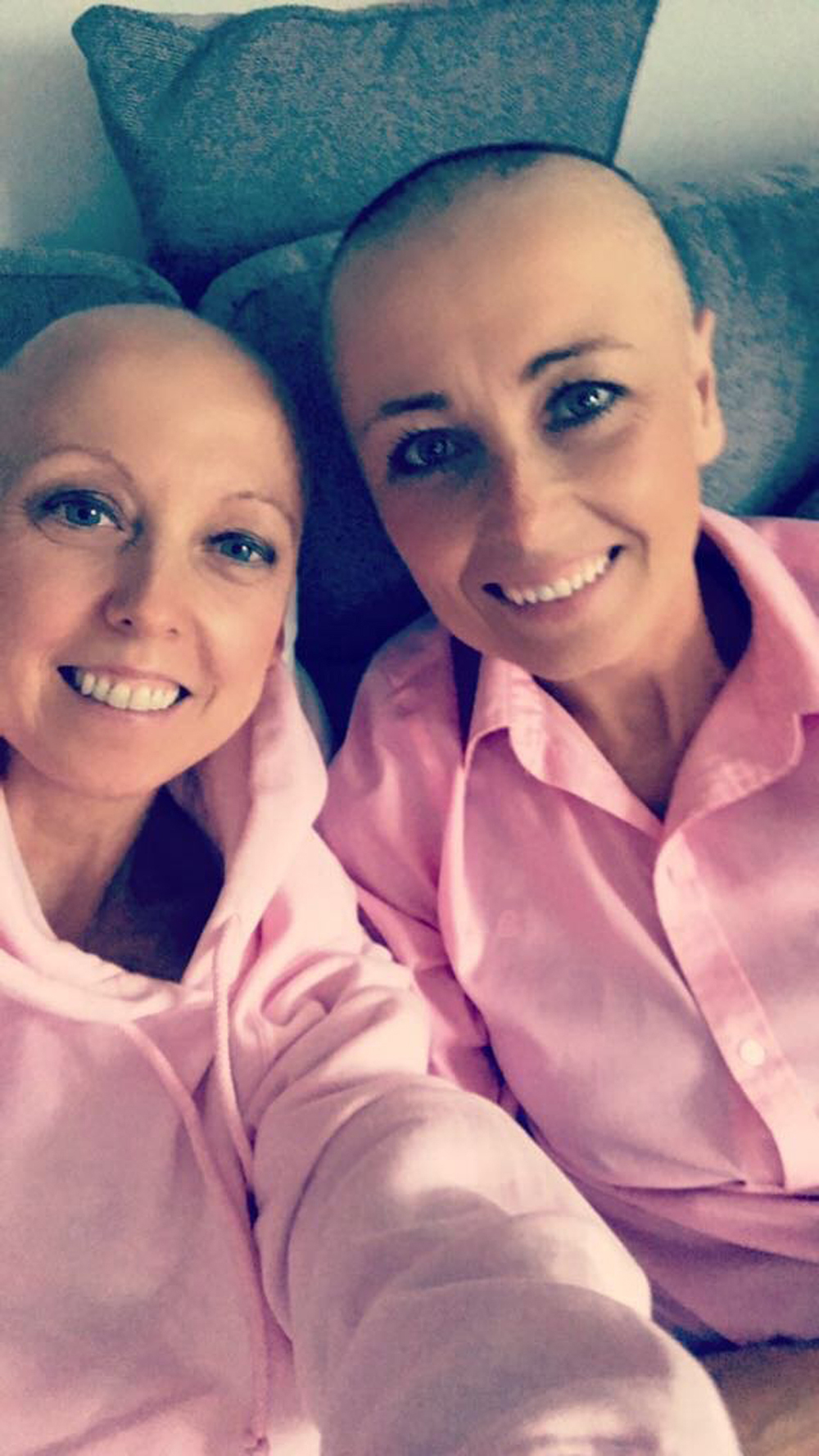 Now, nearly five years on, after facing the disease together, the sisters have raised £19,000 for Cancer Research and are planning to create their own charity to support young women and raise awareness of breast cancer.

Tracey, who lives with her marketing director husband, Richard Pinfold, 50, and their severely autistic son, Jacob Pinfold, 21, in South Cave, Yorkshire, said: “Cancer is such a big part of our family and you realise how lucky you are to be alive.

“We are so grateful for the fact we are here to tell our story for our family and do what we can to save other people’s lives.”

It was around November 2016 when Tracey, then a full-time carer for her 16-year-old son Jacob, booked a regular GP appointment to check her left breast after her husband raised the alarm when he realised she had an inverted nipple.

“I felt tired but I wasn’t ill, so I was confident that it was nothing,” she said.

But, within 60 seconds of her appointment at the breast cancer clinic on December 7, Tracey was told it would likely be bad news.

“She told me she was 99.9 per cent confident I had cancer,” Tracey said.

“I went to the disabled toilets and I couldn’t breathe and was hyperventilating,

“I was terrified of dying because my son is so vulnerable.” 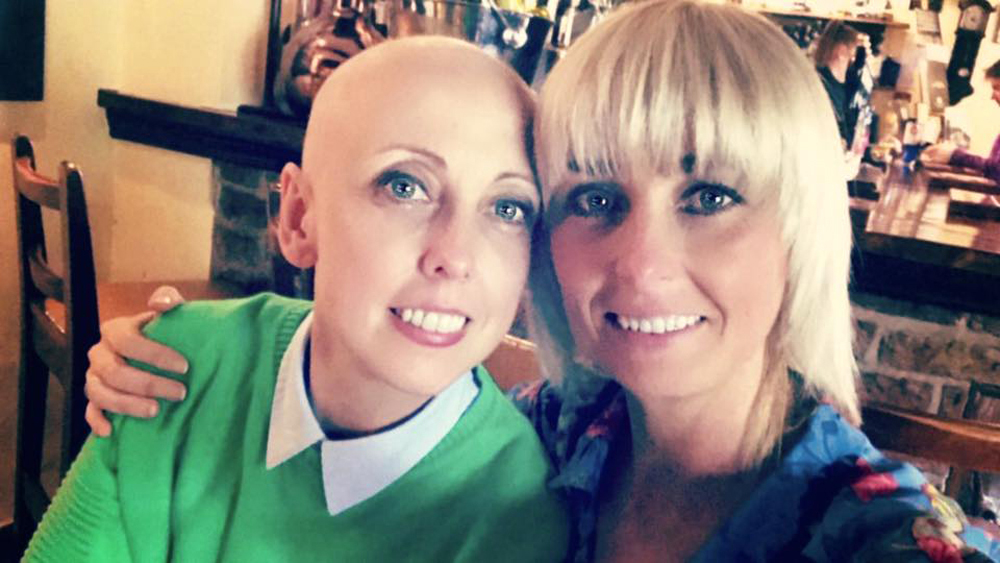 She added: “I was just thinking ‘I can’t die, Jacob needs me’.

“But once everything started and the battle commenced, I was like, ‘We need to deal with this. We can do this.'”

By January 12, as Tracey had a mastectomy and reconstruction as a preventative measure before beginning six rounds of chemotherapy, Cathy became alarmed that something was wrong.

Similarly confident the lump she found in her right breast was nothing, Cathy was referred to the breast cancer clinic, which revealed she also had stage two breast cancer.

“I burst into tears when she told me,” Tracey said.

“We didn’t know it was stage two at that point and my fear was that she was going to die because that would ruin me.”

She added: “I was terrified I would be the survivor and she wouldn’t be.”

Both given a prognosis of 20 years to live, Cathy, who lives with her wife, Alana Corr, 42, a nursing care home manager, in Windsor, Berkshire, did her best to find the funny side in her “sharing” breast cancer with her sister, but deep down, found the diagnosis frightening, given their family history.

Growing up in Maghery, County Armagh, Northern Ireland, with their five other siblings – including Tracey’s twin, Tony – the family was forced to deal with grief at an early age.

Ten years after losing their father Pat Corr to pancreatic cancer, they lost their youngest sister, Rosemary, in a car crash, aged 13, in 1989.

“We have always been very conscious of cancer in our family,” Tracey said.

“My daddy died very quickly, just 10 days after his 40th birthday, when I was seven and Cathy was four.” 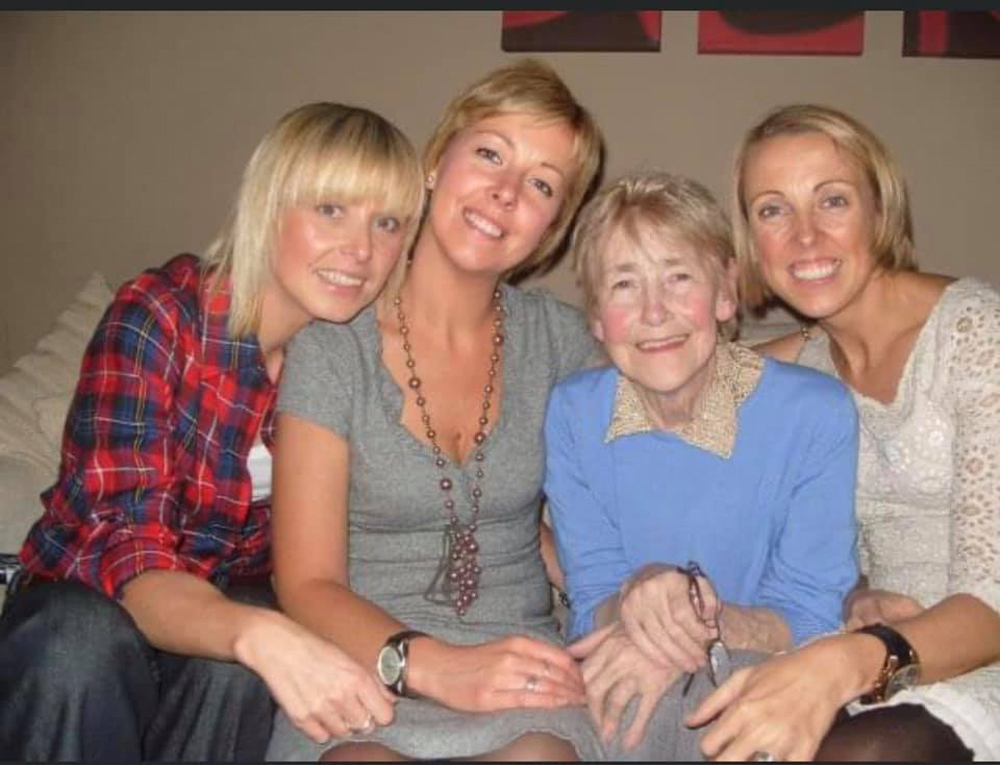 Tracey added: “There were two weeks between his diagnosis and his death.

“We had two years with her together after her diagnosis before she died, which were really precious.”

Despite being nearly 200 miles apart, with Tracey in Castle Hill Hospital in Cottingham, near Hull, East Yosrkshire, and Cathy in Royal Surrey County Hospital in Guildford, the sisters resolved to support each other and keep smiling.

“The first thing Cathy said to me when she found out was, ‘You can’t die on me’,” said Tracey.

“But we were a great strength to each other and we could help each other.”

She added: “We went to some of each other’s appointments together and we would compare symptoms or treatment and that made such a difference.

“We are so lucky to have such a good support network though and the whole family did everything they could to support us.”

For Tracey, the treatment was particularly gruelling, causing ulcers in her mouth, black nails and sore teeth, while Cathy struggled with aches pains, constant nausea and severe spasms.

“The fatigue was probably the worst bit with the weakness and just everything hurting,” Tracey said.

“I had ulcers in my mouth and my nails turned black which was horrible.

“It was week one which was always the worst and then slowly I would start to feel like I could take on the world again.”

Tracey also juggled her son’s transition to a residential school during her treatment, again with the support of her husband and family.

“It was super important for me that we didn’t deny Jacob any contact with me,” she said.

“We wanted to make sure that he still got access to me, but also that he wasn’t leaning on me if I was feeling ill.” 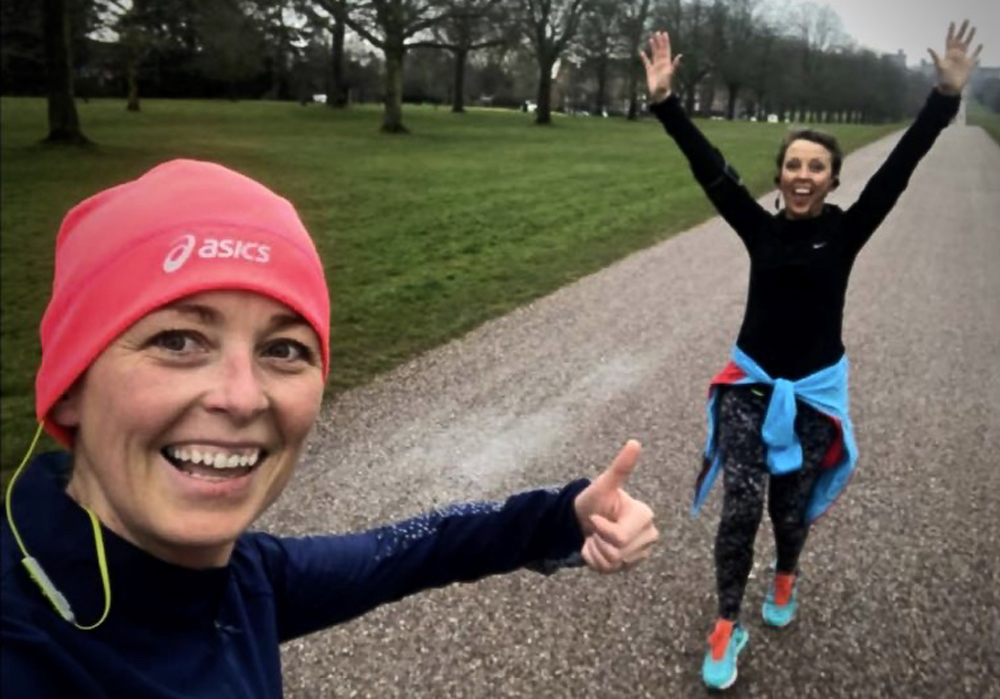 She added: “It’s amazing when you’ve got somebody who relies on you how much strength it gives you.

“He gave me a purpose to get out of bed in the morning, even if I didn’t feel like it.”

In reverse to Tracey’s treatment, Cathy had six rounds of chemotherapy in June 2017 before having a mastectomy later in the year and reconstructive surgery in 2018.

But despite both losing their hair and having mastectomies and aggressive medication, the sisters continued to work at their respective jobs, both doing around 30 hours a week, with Tracey at David Lloyd in York and Cathy as a regional manager with Vodafone.

“It gave us a purpose and it was a distraction,” Tracey said.

“It got us out of bed in the morning, We didn’t want to become people who sat on their beds doing nothing. We are just not those kind of people.”

As the sisters got over the worst of their treatment, they began to discuss ways to give back to Cancer Research.

Between May and July 2018, Tracey and Cathy both signed up for and ran nine Race For Life 10k runs across Hull, Harrogate, Exeter, Windsor, Belfast, Leeds, London, Aylesbury, and York, raising a whopping £18,000.

With each run, the sisters were joined by friends and family across the country, who would run alongside them every step of the way. 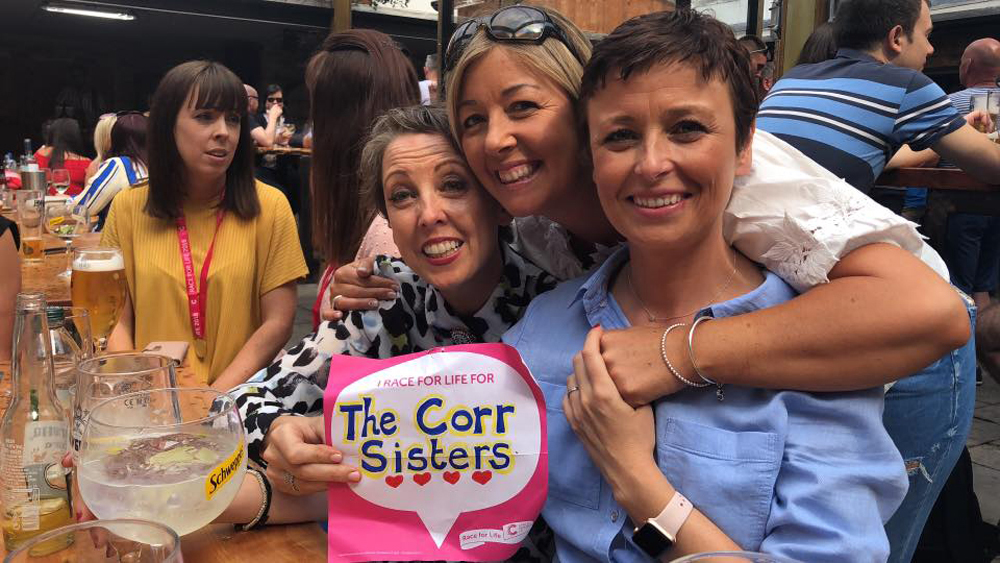 “Seeing everybody was so emotional and crossing the finish line with them all was incredible,” Tracey said.

With both sisters hoping to be given the all clear in June and July, they are making the most of every single day – with Tracey setting up her own rehabilitation personal training company, called Exercise Prescription, which will create plans for people living with a variety of chronic conditions. 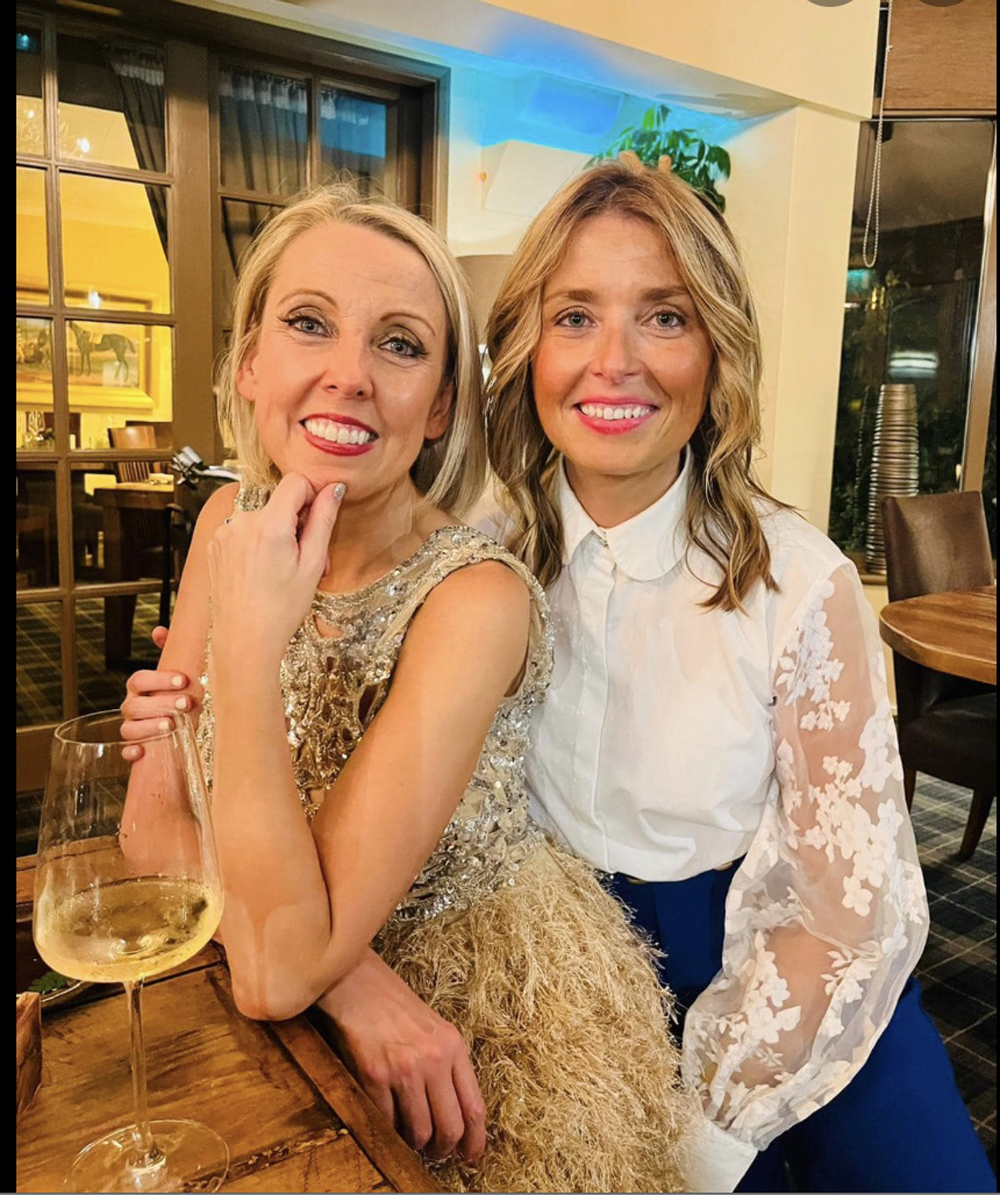 “When I came out of treatment, I was really frustrated that I couldn’t find any professional help anywhere for personal training for my recovery and I started to realise it was something I could help make available,” Tracey added.

Meanwhile, Cathy, who is aunt to 11 nieces and nephews, started her own logistics programme in September 2021, building a team of 55 people with 39 distribution vans, as well as setting up an electric vehicle charging facilities company.

Cathy said: “I treat every day like it’s my last day.”

She added: “That’s why I took this huge step. It was always my dream to start a company and be my own boss.

“And I have thought if, God forbid, this did come back, I want to be able to go in and say, ‘Well, I’ve demonstrated to my nieces and nephews that no matter what’s thrown at you, you can still move forward.’

“There are so many family members that aren’t as lucky as us and that really resonates with us.

“We are very appreciative of the fact that we are still here to tell our story.”

Tracey and Cathy are also preparing for three more Race For Life races across Hull, Windsor and Harrogate between May and July this year and have already raised £1,000 for Cancer Research.

But as well as their business ventures and racing plans, the sisters are also setting up a charity named What A Pair to raise awareness of breast cancer.

“We want people to check themselves and help save lives,” Cathy said. 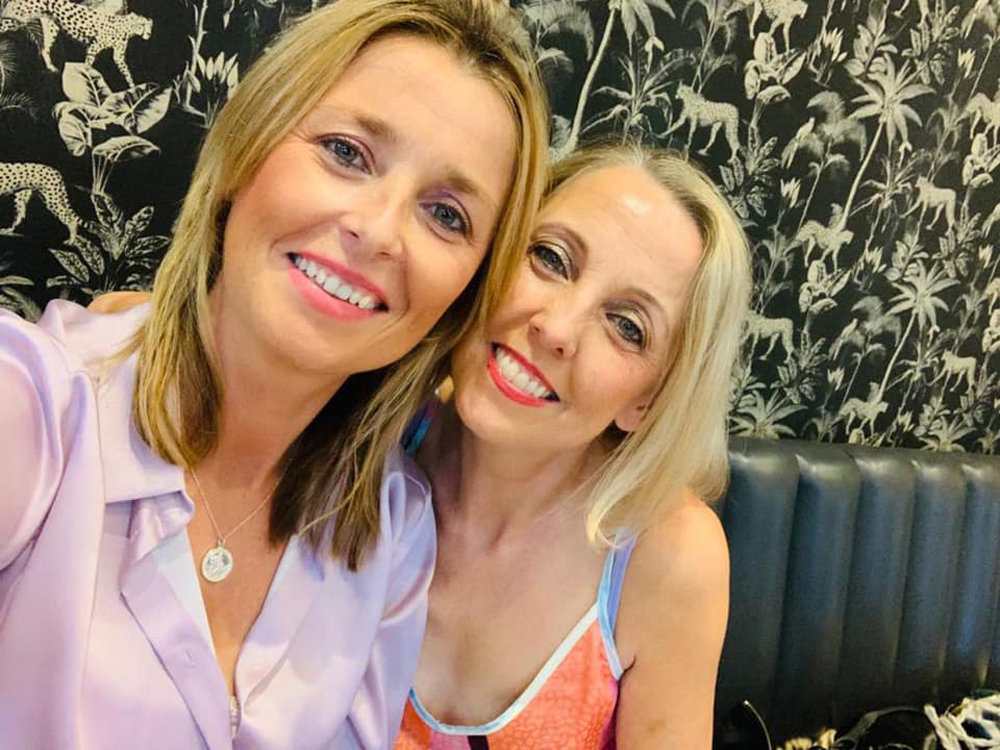 “Tracey and I were so grateful to have each other to talk to and discuss the treatment and symptoms and everything because this is a life-changing thing.”But once you’ve had your treatment, you get sent off and there is no aftercare there, so we want to give someone that peace of mind and offer that support mechanism post-cancer.”

You can help donate to Tracey and Cathy’s fundraiser here.

Please log in or register to upvote this article
viralcancer

Trump's business partners have just published a list of his failings