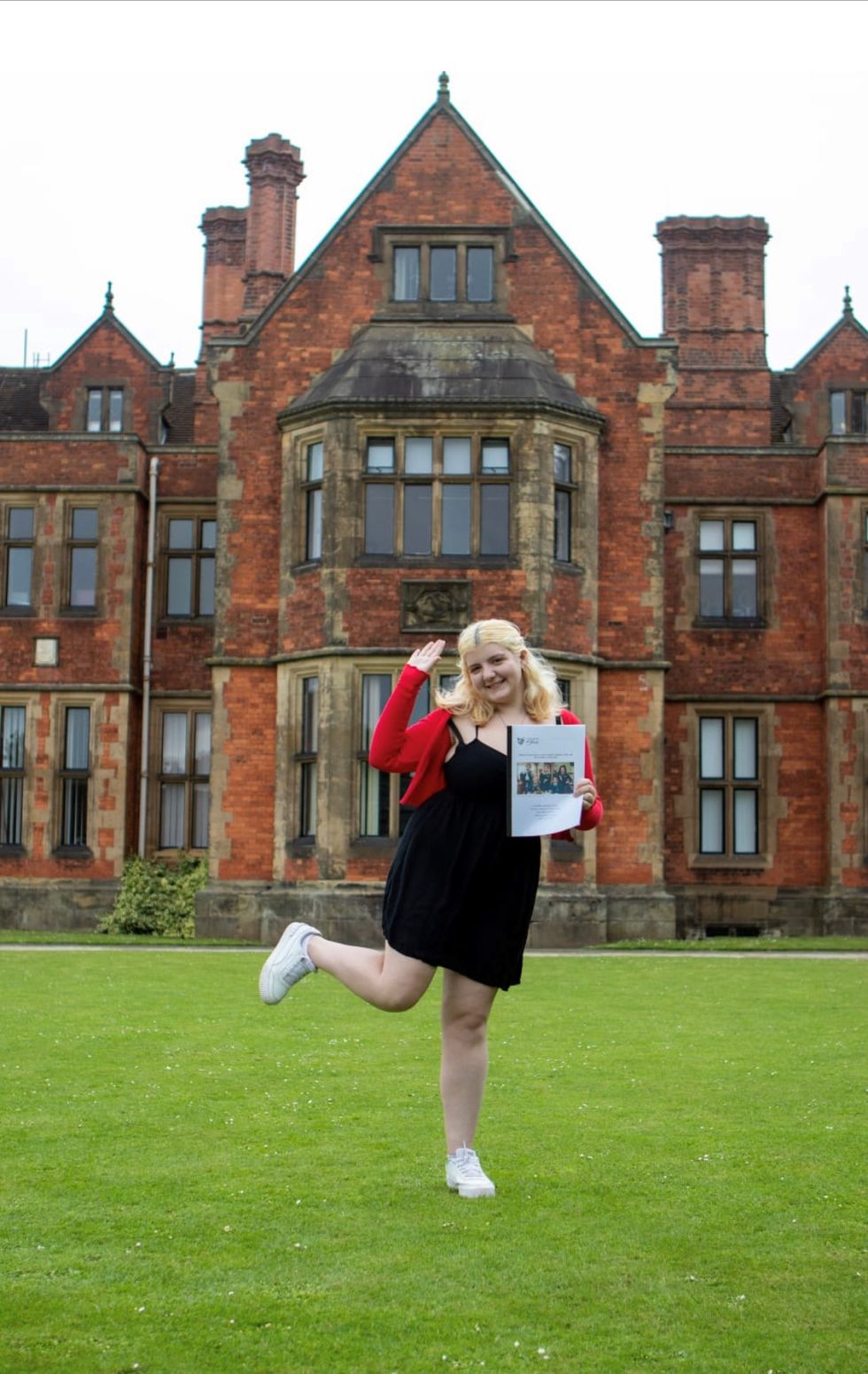 A Northern Ireland student and Derry Girls fan is hoping to have her university dissertation published after she wrote it about the hit sit-com.

Reiltin Doherty, originally from the Waterside in Derry, is a final year student at the University of York, studying English and Related Literature.

An avid fan of the Channel Four show, Reiltin, 21, explained that an idea to feature Derry Girls as her dissertation subject originally started out as a joke.

She said: “My dad started joking about it way back in first year that I should write my dissertation on Derry Girls, because I was a fan of the show.

“But when it actually came down to writing my proposal I thought that it was probably a good idea and I could see how it could all come together.

The dissertation is titled: “Being a Derry Girl, it’s a state of mind: Humour, Teens and the Troubles in Derry Girls.”

She added: “I split the dissertation into three different chapters; one evaluating the humour, especially in the first season, around the Troubles. The second chapter looks more at those episodes that have minimal or no references to the Troubles and shows how important they are for showcasing normal life in Northern Ireland.

“The third chapter evaluates the moments which are emotional and poignant and how important they are of reminding audiences of how bad the Troubles were and how we can’t go back to that.”

She added: “I was a fan of the show from the beginning. I have watched them all.

“I just think the humour is just so authentic. I remember going into school the day after the first episode aired and everyone was talking about it, saying ‘this girl’s like Orla’ or ‘that teacher is like Sister Michael’.

“It shows real life and even people who are not from Derry can understand and relate to so much of it. It is a very special show.

“I liked that they ended the show on a high point and I really enjoyed the last episode. It was very moving and very well done.”

Reiltin submitted her dissertation just before the final episode of Derry Girls was broadcast and has been left stunned by the reaction.

She said: “I have had a couple of people reach out to me with ideas about how to get it published and my department at the university are going to try and support me in that, so that’s really exciting.

“I’ve been doing lots of interviews. I never expected it to become this big. It has just spun out of control.”