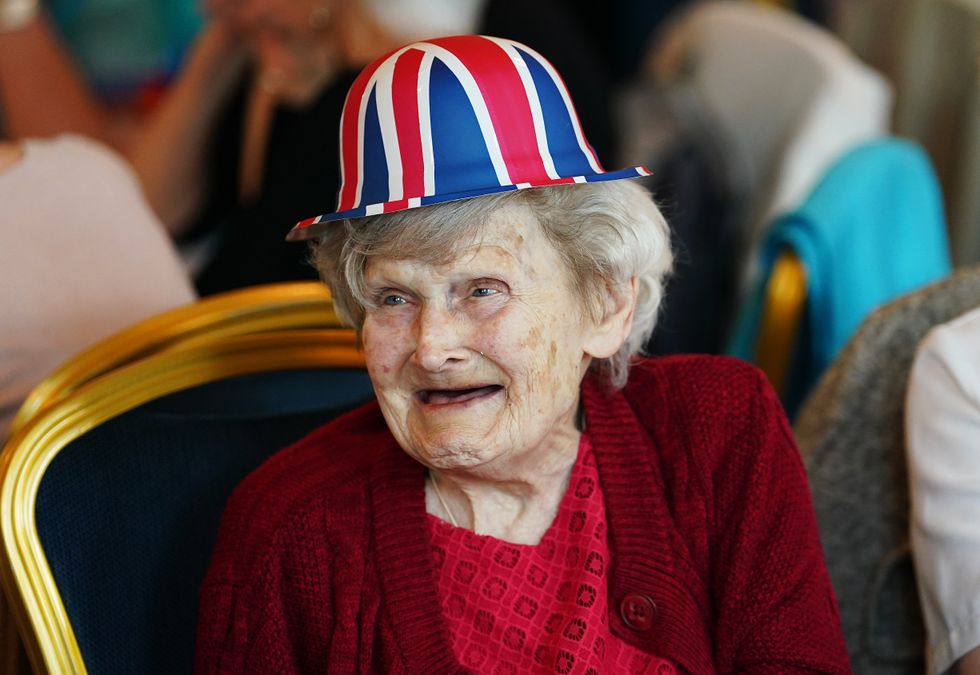 There were old-time waltzes and street parties in the sun as Northern Ireland continued to celebrate the Queen’s Platinum Jubilee.

The second day of festivities to mark 70 years since the Queen’s reign began included tea dances at Belfast City Hall where music and ballroom dancing offered entertainment for older residents.

Among those in attendance was 84-year-old Bell Murdock, a guest of the Shankill Forum who said the Jubilee was a special occasion for Belfast.

She said: “I can’t believe that it is 70 years that the monarch has been on the throne and we are all here today to celebrate that.

“The monarch has a great relationship with Northern Ireland.

“On the Shankill Road we just love her.”

Also at the tea dance was the new Sinn Fein Lord Mayor of Belfast, Tina Black, who said she hoped her attendance would send a message of reconciliation in the city.

Ms Black said the Jubilee celebrations meant she had already had a busy start to her year as Lord Mayor.

“It has been great, once I got my nerves settled. I haven’t fully completed that process but I am thoroughly enjoying it so far,” she said.

“I was down lighting the beacon in Belfast last night at the Titanic and I got a warm welcome, it was a very dignified event.

“Today we are having the tea dances, they are very popular.

“I want to be a mayor for all the citizens of Belfast and that is why I felt it was important to be here today.

“It is great that Belfast City Council can support and lead these events, you can see the energy today and I am just delighted to be here to help with the celebrations.”

Later in the day the residents of Donegall Pass in Belfast celebrated the Jubilee with a street party which included bouncy castles, a horse and carriage and a competition to crown their own queen on a throne.

The sun shone as marching band paraded through the area and local children joined in the celebrations.

Local resident Kelly Cochrane said: “We have decorated everywhere, we have bouncy castles for the kids, and it is all just about celebrating the monarch and bringing the whole community together.

“We are all having a great day. The atmosphere is brilliant, the community is all supporting this and it is just fantastic to see everyone coming out and enjoying themselves, that is what it is all about.”

On Thursday night beacons lit up the skies across Northern Ireland to celebrate the Jubilee, including at Titanic Belfast, St Columb’s Cathedral in Londonderry, St Patrick’s Cathedral in Armagh and St Macartin’s Cathedral in Enniskillen.

Earlier on Thursday, a 42-gun salute was fired at Hillsborough Castle by members of the 206 Ulster Battery of the Royal Artillery.

The celebrations will continue over the weekend, including a visit from the Earl and Countess of Wessex.

The royal couple are expected to carry out two engagements in the region on Saturday.

In Belfast the HMS Pembroke is docked for the weekend and open to visitors with pre-booked tickets.

Big lunch events will be taking place across the region, including on the Shankill Road and in Bangor, Co Down, which was made a city as part of the Jubilee celebrations.

Crocheted tributes to Queen top post boxes across the UK