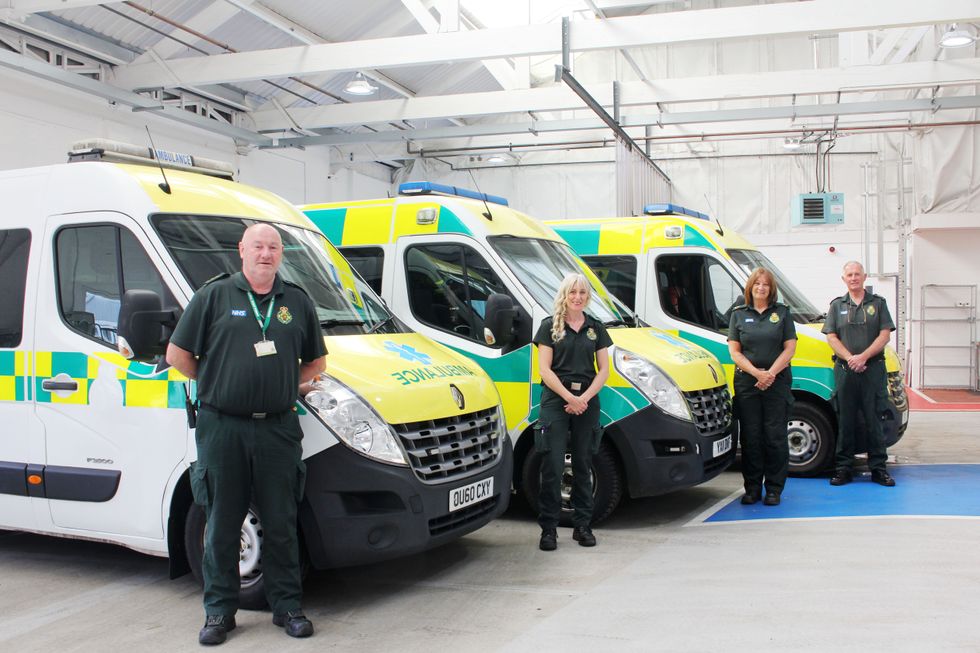 The three ambulances are being driven the 1,200 miles to the Ukrainian border on the back of a lorry (SWASFT/PA)

Three ambulances that once served the South West of England are heading for Ukraine as part of the UK’s efforts to support the war-torn country.

The vehicles are part of a package of around 20 decommissioned ambulances being donated by the UK to the Ukrainian government to help the fight against Russia.

They are being transported by lorry and began the 1,200-mile journey to the Polish border with Ukraine late last week, a spokeswoman for the trust said.

The vehicles had been retired in accordance with NHS guidelines that require ambulances to be replaced every five years.

The ambulances contain a stretcher, spinal board, carry chair and scoop stretcher – a device that can pick a patient off the floor without having to roll them.

It is hoped the donations will help replace Ukrainian ambulances lost to Russian attacks, the trust said.

Will Warrender, chief executive of SWASFT, said: “Like so many people around the world, we have watched on with great sadness at the ongoing conflict in Ukraine.

“Along with other ambulance trusts around the country, we are humbled to be able to provide these ambulances to the government of Ukraine and its people.

“We hope that this small gesture goes some way to helping provide immediate frontline healthcare support to the many people who so desperately need it.”

Mr Warrender added: “The thoughts of everybody at SWASFT remain with the Ukrainian people and with our colleagues in the emergency services, who are carrying out life-saving work in such difficult circumstances. They have our utmost respect.”

Elizabeth O’Mahony, NHS England and South West regional director of NHS Improvement, said: “The scale of the humanitarian crisis grows by the day and the NHS continues to provide support to Ukraine through aid donations.

“The UK has already provided more than 5.29 million items of medical supplies such as wound packs, doses of morphine and intensive care equipment, and deploying a humanitarian team to the region.

“I would like to thank SWASFT for donating the decommissioned ambulances to help Ukrainians continue to receive life-saving care during this terrible conflict.”

Please log in or register to upvote this article
NHSRussiaUkraine