Hunger striker has ‘surreal’ reunion with best friend from Ukraine 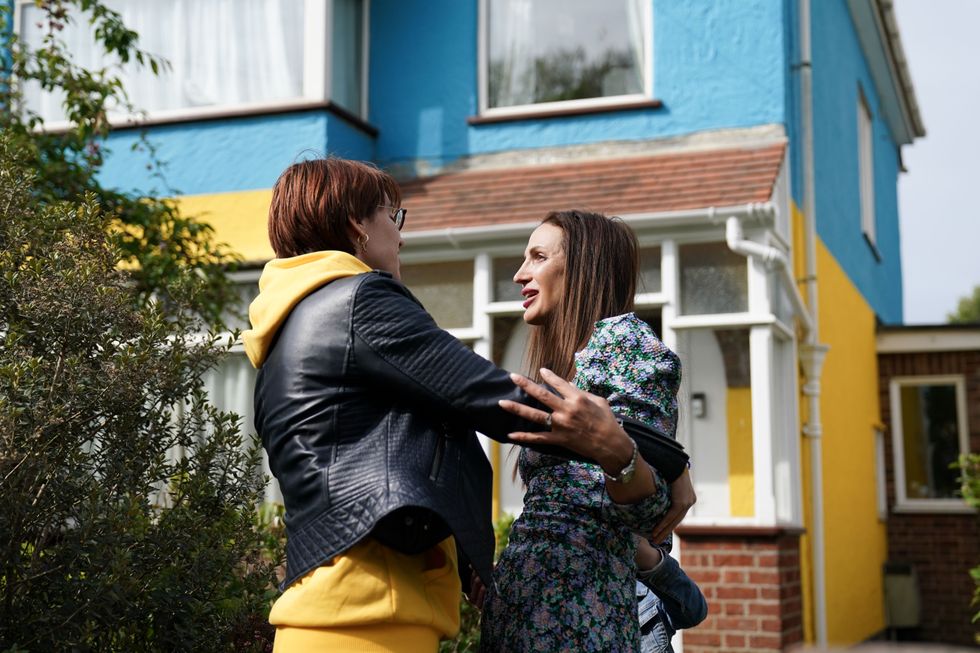 A hunger striker who secured a visa for her Ukrainian best friend has spoken of her relief after their reunion in the UK.

Kristina Korniiuk, 34, of Kyiv, was granted a visa under the Ukraine Sponsorship Scheme and arrived at the Cambridge home of Rend Platings on Sunday, after a journey which took more than 24 hours.

Mother-of-one Ms Platings, whose house is painted in the colours of the Ukraine flag, said it is both “wonderful” and “surreal” to have her friend by her side.

Ms Platings, who went on hunger strike for 21 days after the visa application was made for her friend, said their reunion was “amazing”.

She told the PA news agency: “For me it feels really, really wonderful. It’s a little bit surreal. And it’s kind of quite hard to believe.

“But you know what, I’ve always wanted her to come and to show her Cambridge.

“It’s just a shame it was in this situation, but on balance we’re happier that she’s safe.

“And I think it’s just the right thing to do for her.

“I hope that she’ll be able to make the most out of it and find that she makes friends over here and that she, instead of losing her country, she kind of gains another community that she can become close to.

“Then hopefully we’ll all be able to visit her back in Ukraine when this is all over.”

Reflecting on the moment she saw her friend on Sunday morning, Ms Platings said: “I think the first thing I felt was just really relieved, and the second thing was that I just couldn’t believe that she’s actually here.”

Ms Korniiuk said while she is happy to be in England she would prefer if it was under better circumstances.

She told the PA: “To tell you the truth I’m too tired to be feeling anything.

“Don’t get me wrong, I was happy, but it’s been more than 24 hours now, and it’s been a bus, then a train, then a sleepless night at the airport, then a plane here, then an hour drive from the airport.”

She said she stayed in Kyiv for the first three weeks of the invasion before moving to the west of the country.

Her parents, grandfather and other family members are still in Kyiv, while her brother is working for the military.

She said she is worried about her family in the Ukrainian capital, but realises it was her parents’ choice to stay there.

She added: “I tried really hard to convince them. Well I mean we are all adults and we have responsibilities for our lives, so they decided to stay and I couldn’t convince them.”

Ms Platings, who has an eight-year-old daughter called Samantha, said she wants her friend to rest up and is then looking forward to her having a “sanctuary” and “some kind of normality”.

The pair, who have been friends for three years after meeting in a restaurant, last saw each other at the beginning of February.

Please log in or register to upvote this article
CambridgepoliticsUkraine