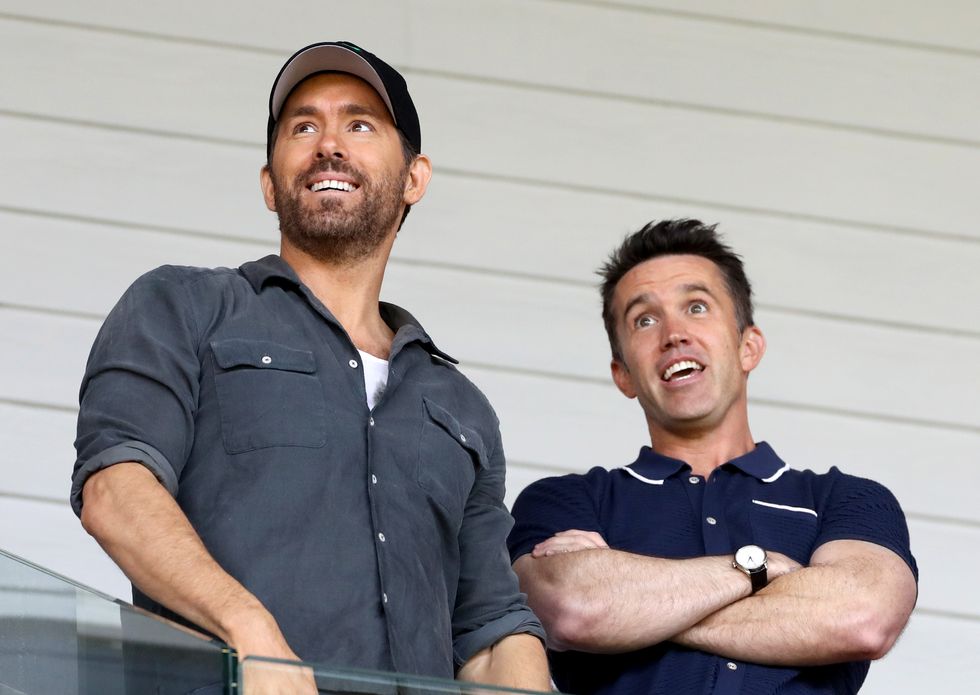 US actors Ryan Reynolds and Rob McElhenney are to be honoured by the people of Wales for promoting the country and its language.

The Welsh Government and the Football Association of Wales will give the Dragon Award to the duo who are co-chairmen of Welsh football team Wrexham FC.

A presentation will take place at a star-studded event in New York next month which will be broadcast the same day Wales takes on the US in the World Cup.

Deadpool star Reynolds, 45, and It’s Always Sunny In Philadelphia creator McElhenney, also 45, have explored the history and culture of the city in their hit TV series Welcome To Wrexham.

The Critics’ Choice Award-nominated show documents the team’s progress, and tells the story of the club, founded in 1864, which has the world’s oldest international ground.

Reynolds and McElhenney took full control of the National League club from the Wrexham Supporters Trust in February 2021, investing £2 million under the terms of the deal.

In April, Reynolds unveiled a commemorative urinal dedicated to McElhenney for his birthday in a bathroom block at the Racecourse Ground and the pair regularly use their visits to the club to shine a spotlight on the Red Dragons.

They donated £10,000 to a charity fundraising page after the death of a player’s baby, while Reynolds also sent a message to a six-year-old, Leland, who had been diagnosed with cancer.

The donation was made in January to a GoFundMe page set up by footballer Jordan Davies and his partner Kelsey Edwards after their son Arthur was “born sleeping”.

Reynolds also urged his followers this week to get themselves tested as a potential bone marrow transplant donor for Blyth Spartans fan, Leland, ahead of a match against Wrexham.

He told his Twitter followers: “You take a quick swab of your cheek (by getting a kit from anthonynolan.org or dkms.org.uk) and register to save a life like Leland’s.

“Takes only a few minutes. Let’s kick the shit out of childhood cancer please.”

On their contribution to Wales, Noel Mooney, chief executive of the Football Association of Wales (FAW) said: “Cymru is a special land and football is playing a leading role bringing Cymru to the world.

“With Rob and Ryan leading Wrexham into the light and Cymru heading for the World Cup, we look forward to celebrating this recognition along with our friends in S4C.”

Sian Doyle, chief executive of the national broadcaster of Wales, S4C, said: “Their passion for Wrexham, including learning Welsh, one of the oldest living languages in Europe, has shone a light on Welsh football as we head into the World Cup.

“Wales may be small, but we are passionate and fiercely proud of our language and culture.

“As the leading broadcaster for Wales, we are honoured to recognise their contribution by saying ‘diolch’ (thank you) at our star-studded gala event.”

McElhenney is the producer of the long-running American TV series It’s Always Sunny In Philadelphia, in which he also stars alongside Danny DeVito, Kaitlin Olson and Charlie Day.

Reynolds and McElhenney are married to US actresses Blake Lively and Olson respectively.