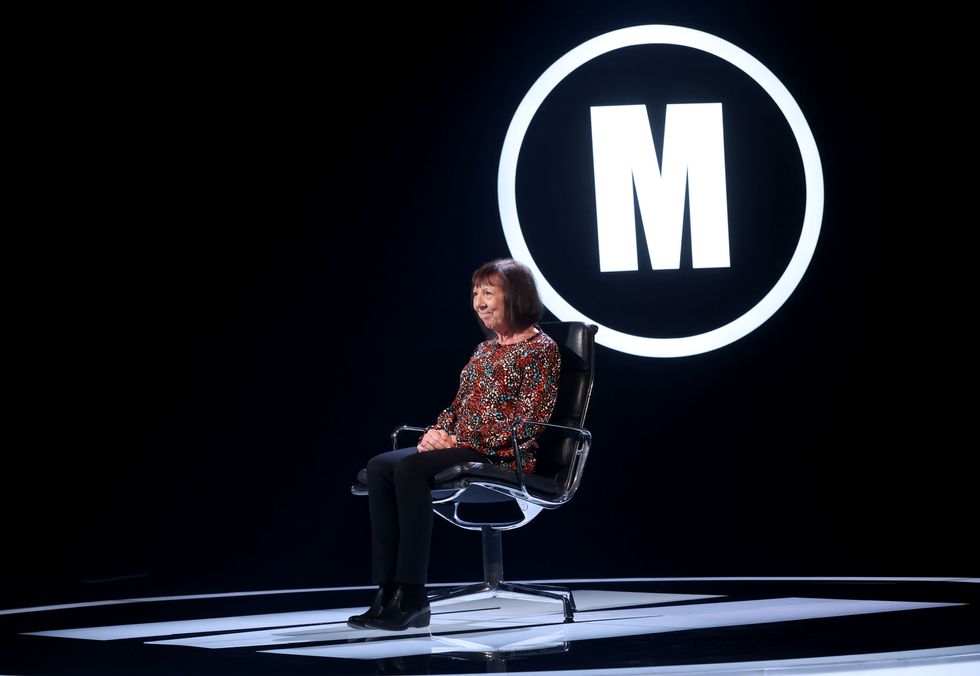 A veteran quizzer who became the oldest female Mastermind champion when she triumphed at the age of 66 “never expected to win” the BBC show, she said.

Alice Walker won by six points in the Grand Final – scoring a perfect 14 out of 14 in her specialist subject on the Peak District National Park.

Ms Walker, now 67, achieved the highest score of the whole series, finishing with a total of 33. Her win marks the 50th anniversary of the show, which first aired in 1972.

The previous oldest female winner was Isabelle Heward, who finally took the title at her fourth attempt at the age of 61 in 2017.

Ms Walker, a retired IT consultant from Derbyshire, told the PA news agency she chose to answer questions about the Peak District because she walks her dog in the area and admitted she “didn’t prepare” for the general knowledge round.

“I live on the edge of the Peak District, it is an area I visit quite a lot because I like walking.

“I just thought it would make an interesting subject because there is quite a variety to know about it, as well as the geographical aspect, there is a lot of history and geology.

“I had various books on the Peak District that I studied for quite a long time.

“I didn’t really prepare much for the general knowledge because you can literally be asked anything, I do quite a lot of quizzes all the time anyway so I am in the zone of answering quiz questions, I didn’t really do any special preparation,” she said.

Ms Walker said she has “loved quizzes” since a young age and began taking it seriously in the early 80s when she joined the Macclesfield quiz league.

She has previously taken part in BBC’s Eggheads, The Chase on ITV and Channel 4 quiz show Fifteen To One before plucking up the courage to compete in Mastermind.

She told the PA news agency: “The Chase was an absolute disaster from start to finish, it was just really bad but it didn’t put me off from competing in Mastermind.

“Eggheads wasn’t too bad, we still didn’t win, I was left on my own after all my team-mates got knocked out.

“I thought about doing Mastermind for a long time.

“I think originally I thought you had to know a lot about your specialist subject before you applied and I used to think I don’t know enough about anything, but then I realised people just picked a subject that they’re interested in and learn up about it, so that’s what I did.”

On the show, Ms Walker said getting to the final “completely exceeded” her expectations, and exclaimed “Oh my God” when she realised she had won.

“It’s amazing. I wanted to apply before I got any older because as you get older your mind doesn’t work so quickly, but I feel that I am still quite sharp with my mind.

“Somebody I know reached the semi-final last year and I just thought let’s just go for it, bite the bullet and apply, I never for one moment expected to win,” she added.

Her win follows 2021 champion Jonathan Gibson, a PhD student from Glasgow, who became the youngest person to win the show last year aged 24.

During the final episode, the Poynton Jemmers Northwest Morris dancers performed to cheer on Ms Walker – who has been dancing with the group for more than 40 years.

On the show, her partner Haydn said: “Alice is very focused with her quizzing, she spends hours reading all the books on her specialist subject, making notes and testing herself.

“I have tried testing her from her notes but she just knows it all so it’s a bit pointless really.”

Similarly, her daughter Laura said her mother had “waited a long time” to appear on the show and it was “her time” to win.

Ms Walker’s other specialist subjects throughout the competition were Rodgers and Hammerstein musicals in the heat and Julia Margaret Cameron in the semi-final, in which she received a perfect score.

He replaced veteran journalist John Humphrys who stepped down last year after 18 years in the role.

Please log in or register to upvote this article
BBCClive MyrieMastermind