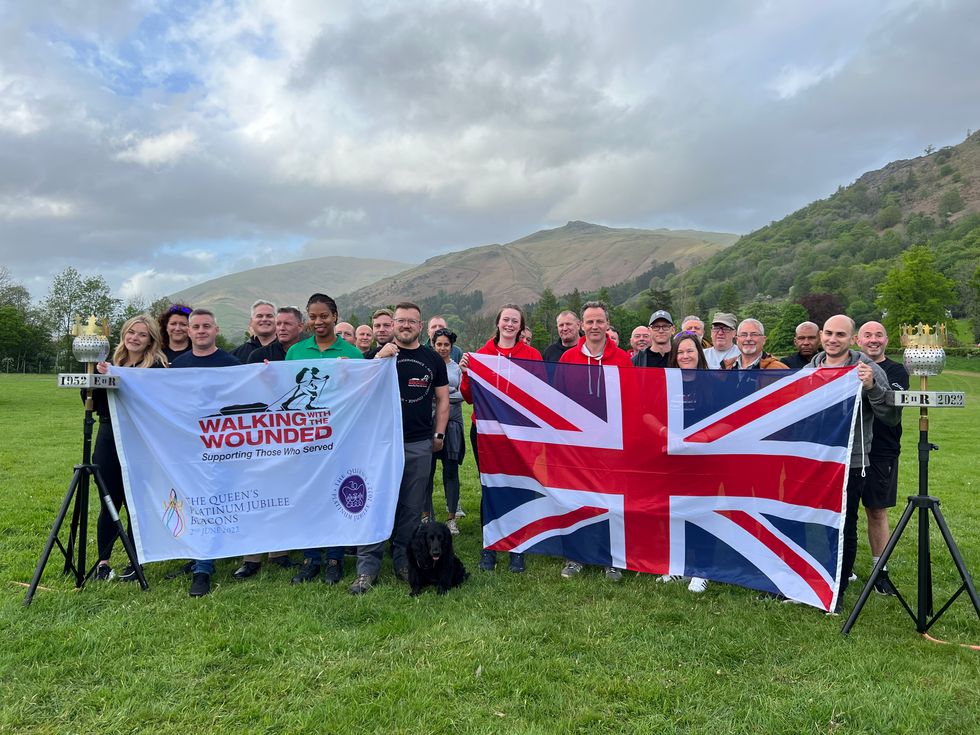 Four teams from Walking With The Wounded (WWTW) will climb the UK’s four highest peaks to light beacons on top to mark the Queen’s Platinum Jubilee.

The beacons will be set ablaze on Scafell Pike in England, Mount Snowdon in Wales, Ben Nevis in Scotland and Slieve Donard in Northern Ireland on June 2 – the first day of the celebratory Jubilee weekend.

A chain of more than 1,500 beacons will be lit across the UK that evening, as well as in UK Overseas Territories and one in each capital city of Commonwealth countries.

He said the ceremonies at the four peaks would pay tribute to the Queen “who has dedicated her life to the Commonwealth and its people”.

Four teams of eight to 12 people, consisting of WWTW staff members, beneficiaries, volunteers, and supporters from Sunbelt Rentals, will trek to the summits for lighting ceremonies between 9.15pm and 9.45pm.

The principal beacon – a 21-metre high Tree of Trees sculpture outside Buckingham Palace in London – will be illuminated as the finale for the historic Jubilee tradition.

Each team, led by mountain leaders provided by Challenge The Wild, will be carrying its Queen’s Platinum Jubilee beacon.

Leading military charity WWTW, chosen as the nominated organisation to light the beacons, assists veterans left injured or disadvantaged by service with the aim of helping them gain as much independence as possible in their lives outside the armed forces.