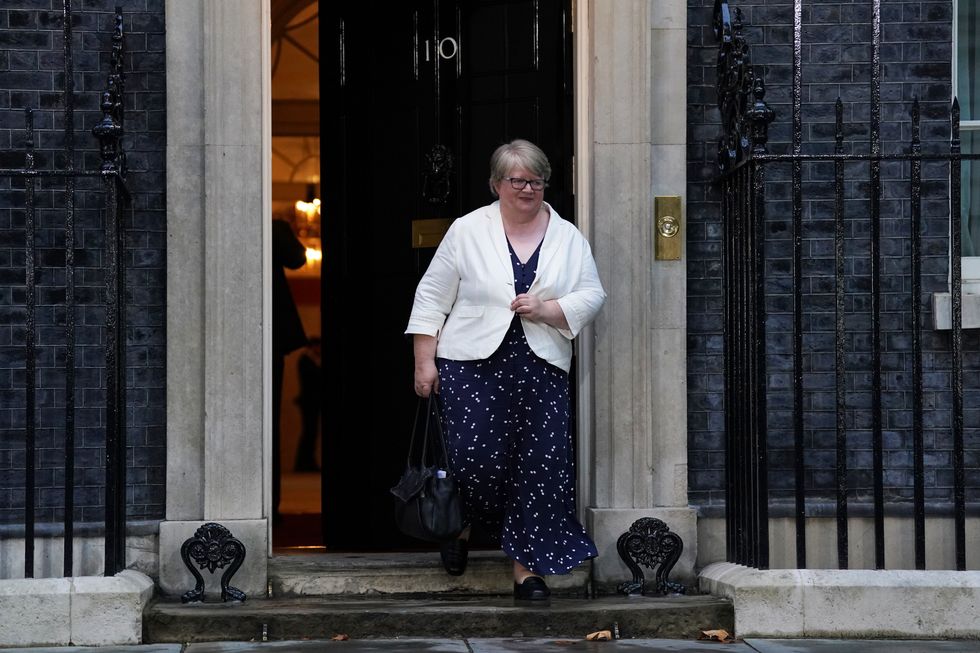 One of Therese Coffey’s first interviews as Deputy Prime Minister and Health Secretary was interrupted when her alarm went off on air.

But it was no regular alarm – her phone started blaring Dr Dre’s hit Still D.R.E.

The 50-year-old was being interviewed on LBC Radio on Wednesday morning when listeners were unexpectedly treated to the US rapper’s tune.

Ms Coffey, who was appointed Liz Truss’s deputy a day earlier, was answering questions on her new central role in Government when she had to cut off interviewer Nick Ferrari mid-question.

As she reached for her mobile, Ferrari asked: “Are you alright over there? You got a phone ringing, you okay?”

Ms Coffey said: “I’ve just realised my alarm is going off on my phone.”

Ferrari asked: “Oh my goodness, what is the alarm for?”

The Deputy PM replied: “You’re getting a bit of Dr Dre. It’s just an 8 o’clock alarm, sorry, let me just turn that off,” as the rapper’s 1999 hit with Snoop Dogg rang out.

“That’s fantastic – Dr Coffey with Dr Dre as the Health Secretary. It just gets better and better,” the broadcaster said.

Ms Coffey, who has a PhD in chemistry, is known to be a music aficionado and karaoke enthusiast – an interest she has in common with her close friend Ms Truss.

Perhaps her choice of 8am alarm tone reveals what kind of music she likes to sing along to at her famous boozy karaoke parties at Westminster.

Tony Blair's words about the NHS crisis 26 years ago resurface

Please log in or register to upvote this article
ConservativespoliticsTherese CoffeyVideo