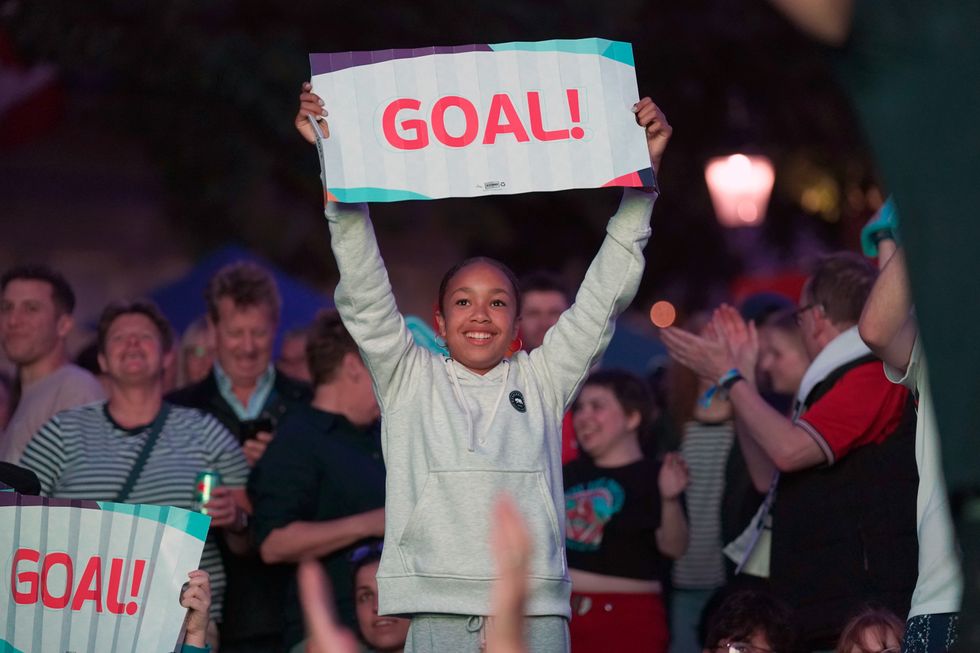 Thousands of fans will be able to celebrate England’s Euros win with the players at a central London event on Monday.

Up to 7,000 supporters will have the opportunity to join the team for a daytime event hosted by veteran Lioness Alex Scott in Trafalgar Square.

Scores of people watched the England game from the square on Sunday night, with several celebrating in the fountains after the team secured victory over Germany after extra time.

Supporters will be able to gain free entry on a first-come first-served basis from 11am on Monday, and can enjoy live music from DJ Monki while tournament highlights are shown on screens.

The players and their manager, Sarina Wiegman, will take part in a Q&A session before lifting the trophy.

The event has been organised by the Greater London Authority, the Department for Digital, Culture, Media and Sport (DCMS) and Westminster Council, and will be broadcast live on BBC One and BBC iPlayer from 12.40pm.

It is expected to end at 2pm.

FA chief executive Mark Bullingham said the players had “captured the nation’s hearts” and their Euro 2022 win would be “remembered forever”.

He said: “This is an iconic moment for English football and everyone is so proud of the players, Sarina and the support team.

“They’ve captured the nation’s hearts and it is an achievement that will be remembered forever.

“It has been an honour to host the tournament in England and the fans have been so important during the team’s journey to success this summer, so it’s only right that they can celebrate this historic victory together at Trafalgar Square.”

The Mayor of London, Sadiq Khan, congratulated the team for displaying “extraordinary talent and determination throughout the tournament” and said he “can’t wait” to see them lift the trophy again in Trafalgar Square.

He added: “They’ve broken records, and now they’ve made history.

“The atmosphere at Wembley and across the country throughout the tournament has been a fantastic advert for women’s football.

“Nearly 600,000 tickets were sold for the matches and more than nine million people tuned in to watch England play.

“The Women’s Euro 2022 will have inspired a new generation of women footballers and I hope this paves the way for better access to football for girls in school, more investment in grassroots girls and women’s football and much more support for girls and women in all sports.”

She added: “We must now capitalise on this moment and together do all we can to encourage more women and girls into the game.

“I’m delighted that we have worked quickly with the FA to put on a victory celebration in Trafalgar Square.

“It will be a fantastic opportunity to thank Sarina Wiegman and the team for all they have achieved.”

Fans will be able to bring their own food and disposable or reusable water bottles – except glass – on site, with free water refills also available.

Please log in or register to upvote this article
EnglandEuro 2022Lionesses