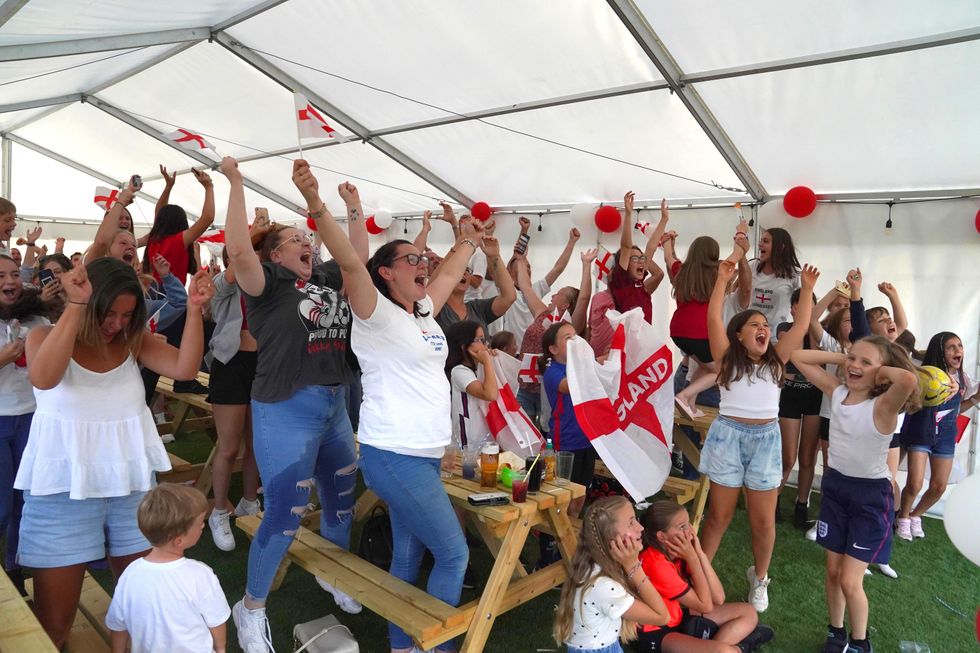 Girls from England forward Ellen White’s former football club have hailed her as an “inspiration”, as they celebrated England’s historic win at Euro 2022.

Ellen White was instrumental in England’s efforts in the tournament, although her quest to match Wayne Rooney’s record for goals scored for the national team was brought to an end after she was substituted at the start of the second half.

Chloe, who used to play at Aylesbury but has since moved to Watford Academy to pursue her footballing career, described White as an “inspiration”, and added “I mean, there’s no other word for it, it’s amazing.”

She met White when players at grassroots women’s football clubs, including Aylesbury, were invited to watch the England team train a month ago.

Chloe described White as “so calm on the ball” and said, “I really look up to her as a player myself”.

Crowds in the marquee at the watch party erupted in cheers and whistles as the former Aylesbury player received her medal from the Duke of Cambridge at Wembley Stadium.

Following England’s historic win, Chloe said: “I want to definitely go forward and look up to them and maybe make the Lionesses one day.”

When asked what she would say to White and the rest of the team, she said: “Just well done.

“You’ve inspired so many young people to keep going and do the sport that really needed pushing as a women’s game and they’ve done it. They’ve won and it’s amazing.”

Ruby and Kimbley Richardson, both 13, play for the club’s under 14s team, and said they were “overwhelmed” after watching England win the Euro 2022 tournament.

The pair are coached by Ellen White’s brother Marcus, and her father John also coaches at the club.

“I just want to carry on for my whole life. I want to try and get to that stage,” Ruby said.

Chairman of the club Paul Timms, 46, said that club alumna White had been “fantastic” throughout the tournament.

He said: “The girls all know Ellen from Aylesbury, we’ve got the mural in the town centre as well.

“She’s well known and the girls all want Ellen to do so well. She should definitely have her MBE, if not an OBE.”

He added: “I think the whole tournament, not just the Lionesses, they’ve had a massive impact of course, but the quality of the football played through the group stages and up to the final has really inspired the girls.”