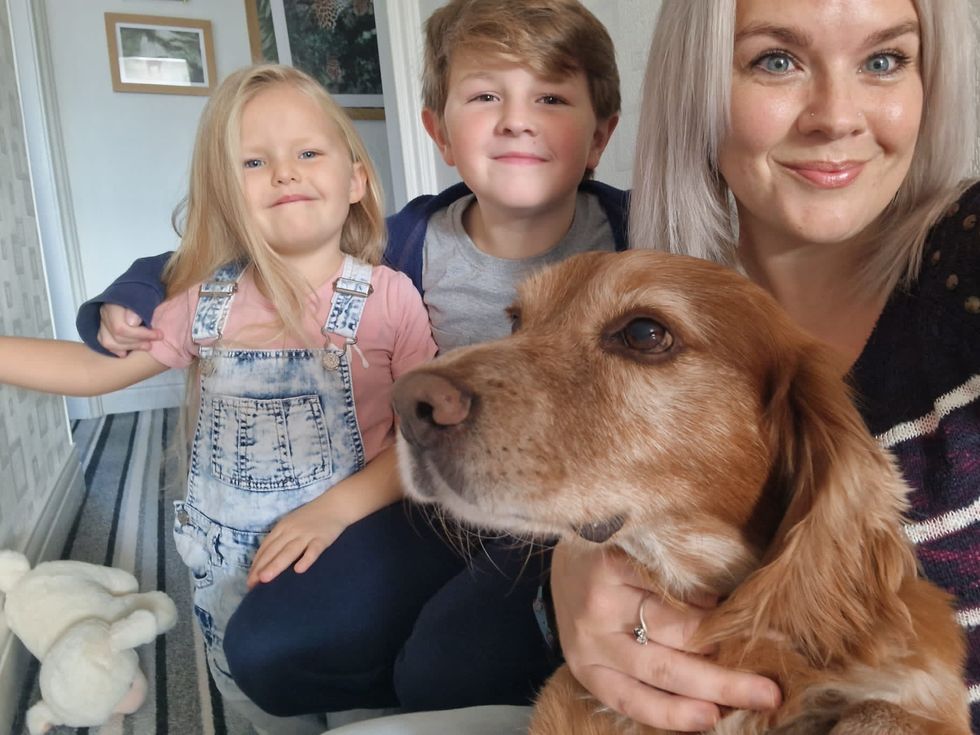 A cocker spaniel named after Indiana Jones had to be rescued by firefighters after getting his head trapped in a metal fence.

Eight-year-old Indi had returned from a family walk when he stuck his head through the wrought iron fence.

Indi’s owner Emma Brown and her two children, Oliver, nine and Rose, four, had left him to explore their garden in Houghon-le-Spring, Sunderland, while they removed their muddy wellies.

Ms Brown, 35, was shocked when a concerned neighbour banged on her door to let her know Indi was stuck.

He had put his head through the fence to greet passers-by but became panicked when his head would not move.

Ms Brown said Indi had begun to choke himself in his bid for freedom, leaving her with no other choice but to call the fire brigade.

Crews from Tyne and Wear Fire and Rescue Service arrived at the scene at 11.45am on Saturday October 1.

They decided to cut away the section of railings around Indi’s head before taking him to a nearby vets where he was anaesthetised so the metal could be cut away safely.

Ms Brown, a receptionist for a doctor’s surgery in County Durham, said Indi had done his namesake proud with all his adventures over the years.

“I got a bang on the door from a worried neighbour saying, ‘You better come quick as your dog has got his head stuck in your garden railings’,” she said.

“I could write a book about all of Indi’s misgivings as he likes nothing more than to go on doggy adventures around the estate. He’s even got a girlfriend a few doors down.

“At first I just thought it was Indi being Indi, and he’d got into one of his little scrapes. But when I actually realised he was really stuck, pure panic set in. It was quite scary. I was thinking the worst could happen.

“Once Indi started to struggle and get more distressed there was no other way forward, and the fire service seemed like our only hope to free Indi.

“The fire crew were at the house before we knew it. I literally wanted to cry when I saw the fire engine as at this stage the children were also starting to get upset.”

Kevin Williams, manager for Green Watch at Rainton Bridge Community Fire Station, said: “When a pet like Indi becomes stuck and distressed in the manner in which he was, we have to make the welfare of the animal our paramount concern and at the same time trying to reassure the owner of his safety.

“The quick thinking of our firefighters to remove a section of the gate using metal cutters ensured the frightened dog could then be urgently transported to the veterinary surgery for emergency treatment.

“Once Indi had been made comfortable and was anaesthetised we could then detach the remainder of the wrought iron fence from around his neck.

“We can’t attend every animal rescue so the RSPCA should be your first port of call. But if we’re nearby and available, we will be on hand to help.”

The intricate rescue and operation took just over two hours.

War dog’s gallantry medal and memorabilia sells for £140,000 at auction

Please log in or register to upvote this article
DogSunderland