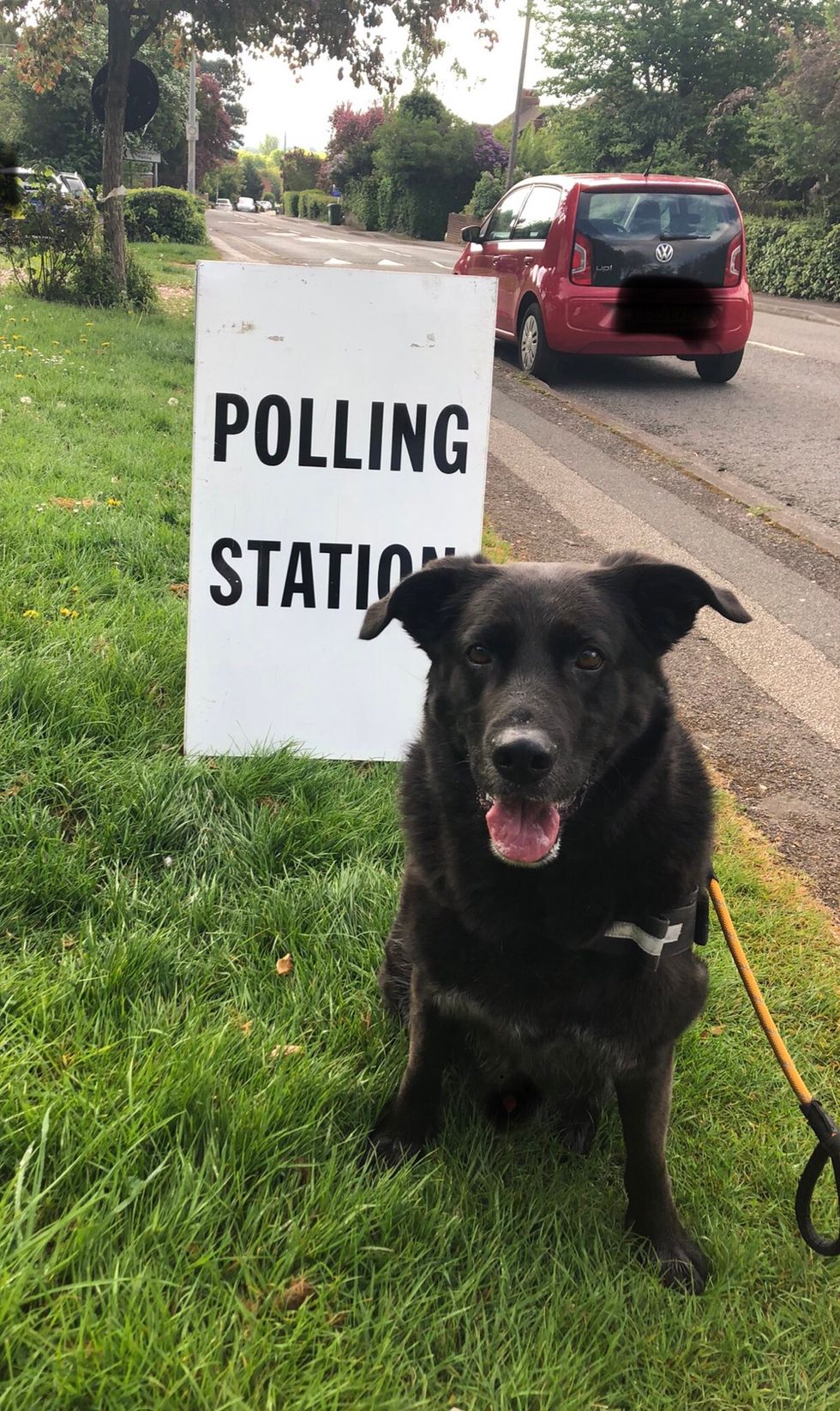 It is local elections day across the United Kingdom, which means dogs have been accompanying their owners as they cast their votes.

According to animal welfare charity Blue Cross, canine companions are welcome to go to polling stations, but are generally not allowed inside.

The hashtag #dogsatpollingstations was the top trend on Twitter on Thursday morning, with thousands of people joining in.

Among those sharing tweets was Helen Kiernan, from Derby, who posted a picture of her six-year-old Labrador, Sandy.

#dogsatpollingstations #govote #Elections2022 you can always depend on Sandy the #labrador for your vote, she dragg… https://t.co/6C9SdZkjk2
— Helen Kiernan (@Helen Kiernan) 1651740344

Ms Kiernan told the PA news agency: “It was hilarious having her with me. She comes everywhere with me so it seemed natural to take her.”

She added that Sandy, who has accompanied her to vote “many times before”, had “dragged” her in and out of the polling station, leading to the “fastest vote ever”.

Dilyn went to live in Downing Street with Mr Johnson and his wife Carrie in 2019, when he was a puppy.

As the Prime Minister walked towards St James’ Park on Thursday, the excited Jack Russell-cross leapt up and licked a photographer attempting to get a shot of Mr Johnson.

In Milton Keynes, seven-year-old Oz, a German Shepherd/Labrador-cross, posed for a photo in front of the polling station sign on Thursday morning.

His owner, Kavita Iyer, told PA that the election “volunteers know him… He has been at least 4-5 times thanks to the frequent elections.”

In Greater Manchester, Baxter, an eight-year-old Cavalier King Charles Spaniel, was among the pets sitting in front of a polling station gate in Westhoughton, Bolton.