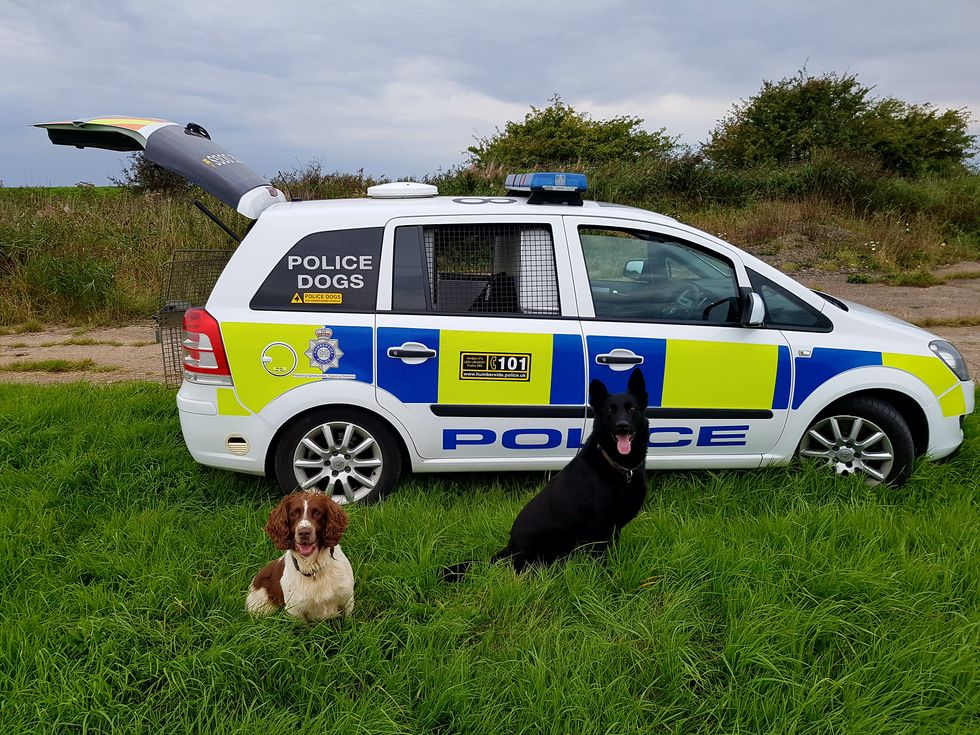 A former police dog who helped uncover a large drug-dealing ring has been given life-saving treatment after he was thought to be close to death.

But in April he had to be rushed to the vets when he collapsed, suffering from what was later diagnosed as Cushing’s disease.

“Bailey was at the vets for six days and, for the first few days, we really thought we were going to lose him,” said Mr Wright, who adopted Bailey upon retirement.

“The vets said we could euthanise him but we didn’t want to give up on him.

“He needed nine litres of fluid to rehydrate him but he finally started to perk up, lift his head and wag his tail again.”

Because of Bailey’s history as a working dog, Mr Wright was unable to get pet insurance and so was left with a bill of £1,500.

For help paying the bill he turned to the Thin Blue Paw Foundation, a charity dedicated to the welfare of serving and retired police dogs in the UK.

“I was thrilled when the foundation offered to cover the bill,” Mr Wright said

“Bailey will need lifelong treatment to manage the Cushing’s as well as regular check-ups so it’s a huge weight off my mind to know I have the support of the foundation to ensure that Bailey gets the care and treatment he needs.”

Mr Wright, from Grimsby in Lincolnshire, first teamed up with Bailey in 2015 when his previous handler retired.

He said: “Bailey was brilliant. He never let me down.”

He described Bailey as a “typical springer”, adding: “He never runs out of energy, never stops looking or searching, and that makes him great at his job.”

Among his notable successful searches was one of a shop in Hull where he found 1.5kg of cocaine, helping police to uncover a large drug-dealing ring.

When Mr Wright retired, he adopted both Bailey and another police dog he worked with, a German shepherd called Pedro.

“We’re just so pleased that Bailey pulled through and that he’s now back home and recovering well,” Mr Wright said.

Smart puppy rearranges cage so it can climb to freedom

Non-profit puts together prom for young people with special needs

Check out this puppy with giant googly eyes

Please log in or register to upvote this article
charityDogGrimsbyLincolnshire