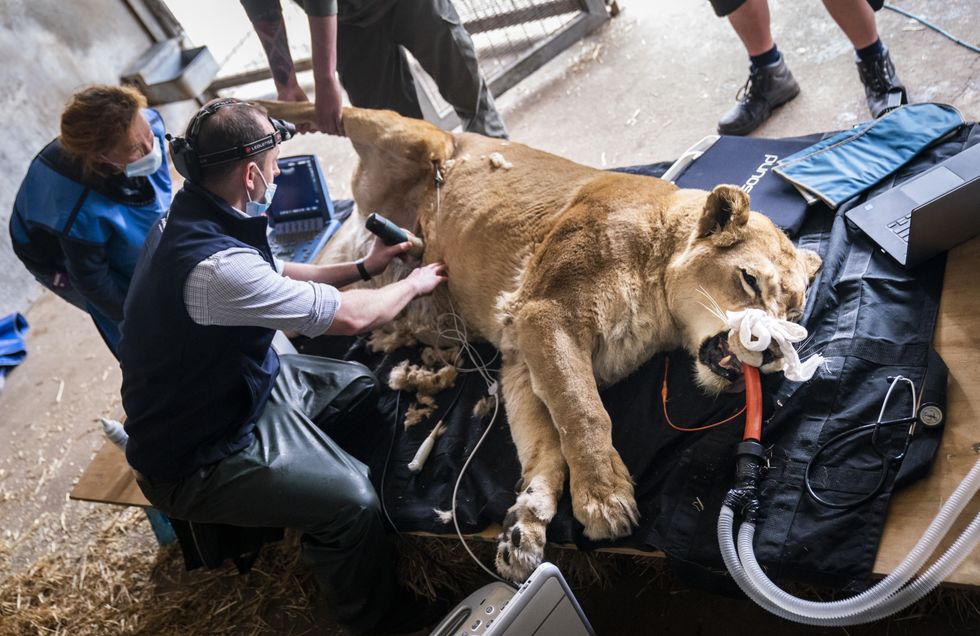 A 15-year-old lioness has been given a clean bill of health after she was knocked out for an MOT at a wildlife park.

Julie – one of the six lions who live at the Yorkshire Wildlife Park, in Doncaster – was put under anaesthetic as keepers investigated some tummy trouble the big cat had been having.

But staff said they used the opportunity of her being unconscious for an hour to run every test going on the much-loved animal.

Kim Wilkins, head of carnivores, said Julie had been presenting with stomach trouble and a lack of appetite so they decided to do a full check.

She said: “This is something we wanted to investigate further, to check there was nothing sinister going on, and it gave us the opportunity to do a full health check on her.”

“It’s an opportunity to give her a full MOT, really,” she said.

She said the good news is that Julie appears to be in good health, despite her advancing years. Lions in captivity usually live to their early 20s.

Ms Wilkins said she was a very good cat – accepting the injection to put her under without staff having to resort to a dart gun.

After waking, she said she was “a bit groggy – like after a night out on the town – but she’s recovered brilliantly”.

Julie lives with her male friend Ares at the South Yorkshire park.

“He didn’t seem fussed about not having his girlfriend with him,” Ms Wilkins said.

“I think he was enjoying the peace and quiet.”

The lions have been in Doncaster since 2010 when 13 were brought over from a dilapidated zoo in Romania. Ares and Julie are still living in the seven-acre Lion Country along with Simba, Maria, Carla and Crystal.

Lions make most of snow day after historic storm

Please log in or register to upvote this article
Lions