Rangers ‘elated’ by birth of baby bison in ancient woodland 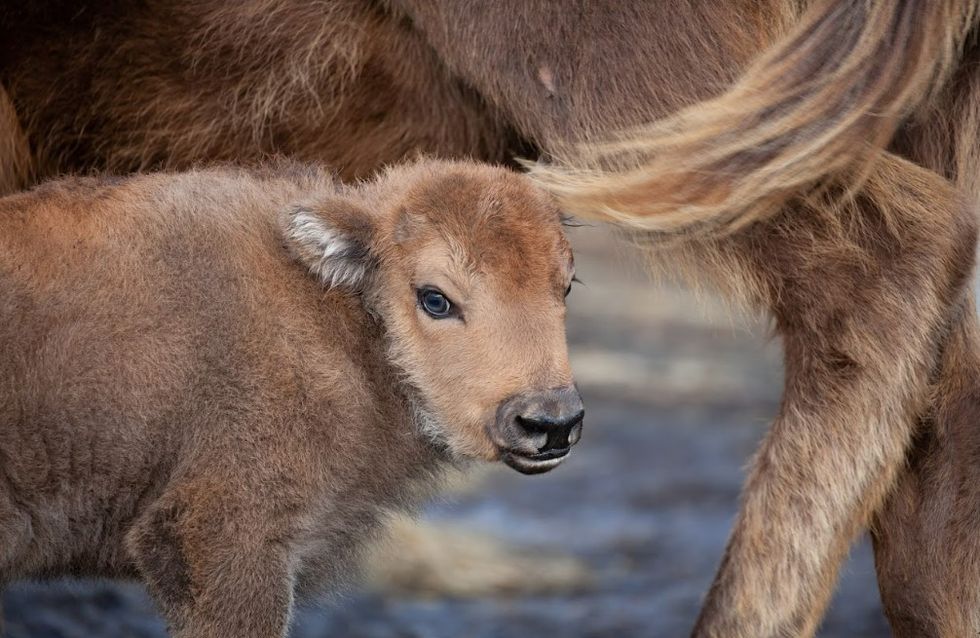 Rangers were surprised by the birth, as bison conceal their pregnancies to avoid being targeted by predators (Donovan Wright)

Rangers were surprised to be greeted by the UK’s first Wilder Blean bison calf as part of a “groundbreaking” rewilding project.

Three female bison were released into West Blean and Thornden Woods, near Canterbury, in July for the Wilder Blean project, an initiative by the Kent Wildlife Trust and Wildwood Trust aiming to combat the climate and biodiversity crises.

The addition to the herd, also a female, “loves to play in the rain” in the ancient woodland and was unexpected for the rangers, as bison conceal their pregnancies to avoid being hunted by predators.

“When the bison took their first steps into the wild just weeks ago, it was hard to imagine that anything could come close to the elation we felt in that moment,” director of zoo operations at the Wildwood Trust Mark Habben said.

Rangers were surprised by the birth (Donovan Wright)

“But here we are celebrating the arrival of a bison calf.

“Groundbreaking projects like this, by their nature, always carry an element of the unexpected but this addition to the herd has come as a significant surprise, albeit a very welcome one.

“We are delighted that mother and calf are both doing well and look forward to watching the herd continue to grow and flourish in the coming months.”

Bison act as ecosystem engineers – creating light and space for wildlife to thrive through their natural behaviours – making the baby bison “an exciting development” for the project.

The announcement of the birth, which was discovered on September 9, was delayed after the Queen’s death on September 8.

“These animals are wild, so we want to remain as hands-off as possible, but their welfare is at the absolute heart of what we do,” ranger Tom Gibbs said.

“She is being observed by experts and we are constantly monitoring the whole herd to ensure their wellbeing.

“We always hoped that the bison would breed, but it is fair to say we were not anticipating it quite so soon.”

The bison are due to be joined by a bull within the next two months.

Paul Hadaway, director of conservation at Kent Wildlife Trust, said: “This is an exciting development within a pioneering project.”

“European Bison are an incredible species, which were on the brink of extinction after the First World War.

The mother and baby are ‘doing well’ (Donovan Wright)

“To think that their numbers now swell beyond 9,000 is a true testament to the commitment and dedication of international breeding efforts and, as an organisation, Kent Wildlife Trust are privileged to now be part of that journey.”

The Kent Wildlife Trust is currently raising funds for the Wilder Blean project.

To find out more, go to: www.justgiving.com/team/wilderbleanproject

Please log in or register to upvote this article
BisonCanterburyUplifting