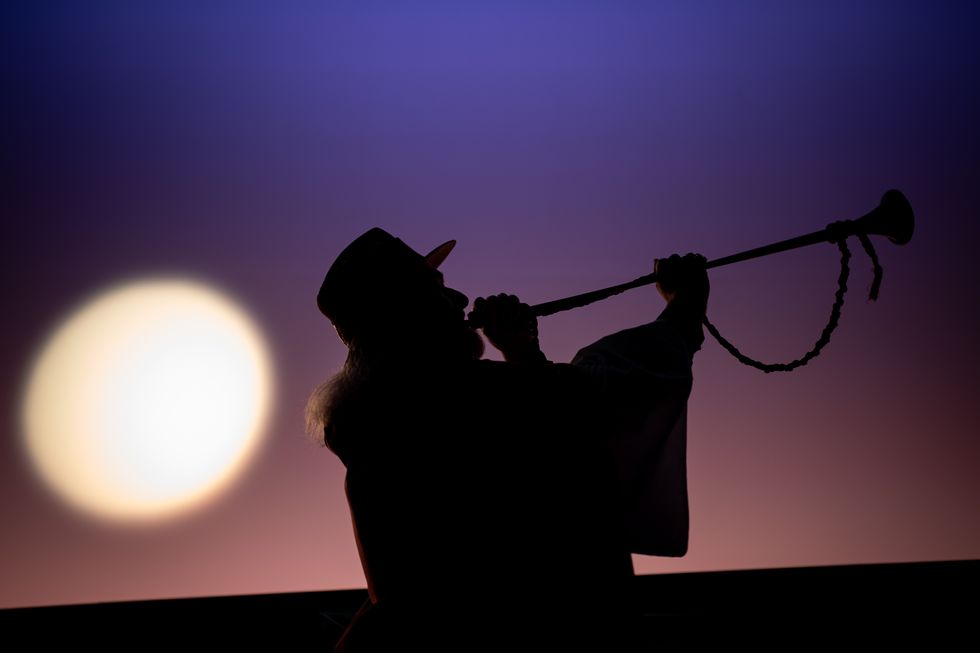 The Archdruid of Stonehenge has performed a prayer ceremony at the British Museum to mark the opening of a new exhibition.

Performed by Rollo Maughfling, Archdruid of Stonehenge and Britain, the 15-minute ceremony included vocal chants and call and response blessings to a crowd of 25 people.

Rollo performed the ceremony in full robes as he blessed the exhibition, called The World of Stonehenge, which contains over 430 objects from seven different countries and allows visitors to learn about the mystery of the historic monument.

He is the most senior druid in the UK and has been leading annual solstices and equinox ceremonies at Stonehenge for 30 years.

In summer 2014, about 40,000 people attended his ceremony at the summer solstice celebrations at Stonehenge.

The archdruid told the PA news agency: “This exhibition is marvellous, it is the first time for many years, even in our lifetimes that we have seen such a fantastic collection of Stonehenge life and times and culture put together.

“It is also true that Stonehenge is a time come round again, it was banned during the time of Roman occupation, and during the time of the Roman Catholic church, but now we are able to pick it up again and, of course, it is fundamental to the whole ecological principle of saving the planet.”

Nearly two-thirds of the objects on display at this exhibition are loaned from 35 lenders, and most of these objects have never been seen in the UK before.

Some of the key attractions include the Nebra Sky Disc, a 3,600-year-old bronze disc believed to be the oldest surviving representation of the cosmos.

The 12-inch disc has a blue-green patina with inlaid gold symbols thought to represent the sun, moon, stars, the solstices and the constellation of the Pleiades.

“It was very important 5,000 years ago but people are still drawn to the stones from all over Britain and Europe as they were in the past so bringing him here allows us to explore what’s powerful and what’s meaningful about Stonehenge today.

The exhibition is held in the Sainsbury gallery at the British Museum and runs from February 17 to July 17.

22 stunning sunrise photos as people celebrate the days getting longer

Please log in or register to upvote this article
Stonehenge