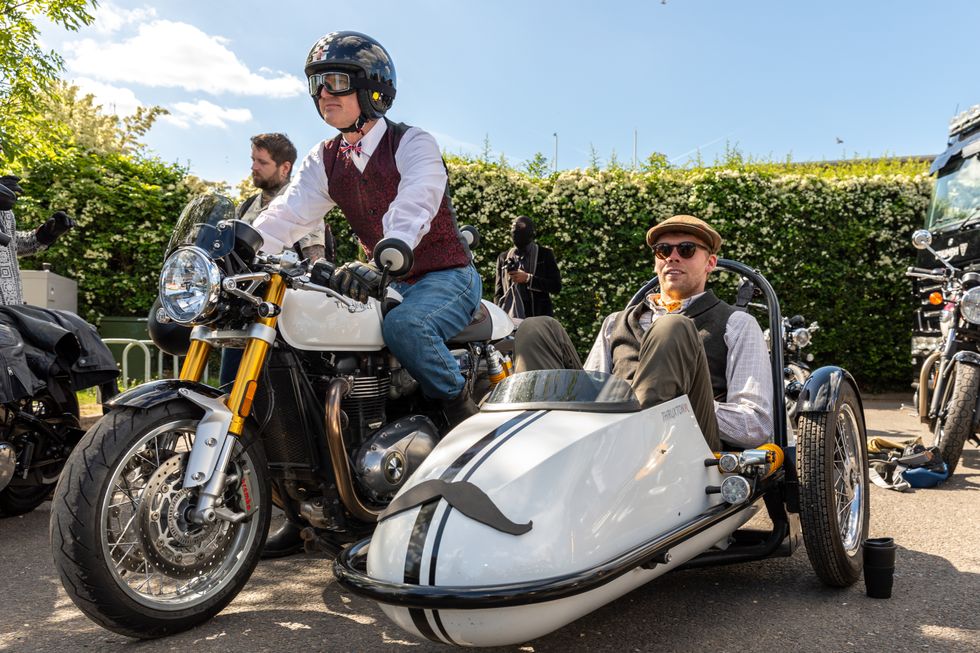 Bikers up and down the UK, including astronaut Tim Peake, put on their finest clothing on Sunday to raise money for men’s health.

More than 50 cities took part in the Distinguished Gentleman’s Ride as motorbike enthusiasts rode vintage and classically styled bikes in places such as London, Birmingham, Cardiff and Edinburgh.

The event aims to raise awareness of suicide and prostate cancer among men, with funds raised on behalf of men’s health charity Movember, which aims to reduce the number of men dying prematurely by 25% by 2030.

Waistcoats, patterned helmets, jackets and vintage goggles were all on show as well as the occasional well-maintained beard.

Mr Peake was one of those who took part, describing the money raised as “vital funds”.

Riding this beauty of a Bobber Gold Line today on the @gentlemansride thanks to @UKTriumph Huge thank you to ever… https://t.co/AbnGYHv7fa
— Tim Peake (@Tim Peake) 1653206143

He tweeted: “Riding this beauty of a Bobber Gold Line today on the @gentlemansride thanks to @UKTriumph.

“Huge thank you to everyone who has supported Team Triumph and helped raise vital funds for prostate cancer research and men’s mental health @MovemberUK.”

Founded in Australia, the first Distinguished Gentleman’s Ride was held in 2012 and has seen 115 countries take part and 31.6 million US dollars (£25m) raised.

“Today we are united by tweed as gentlefolk around the world get dressed up and dapper as The Distinguished Gentleman’s Ride returns in full force,” tweeted Movember UK.

“Today, the world over, we ride together. For men’s health.”

To find out more, visit uk.movember.com/get-involved/distinguished-gentlemans-ride.

Please log in or register to upvote this article
charityMovember