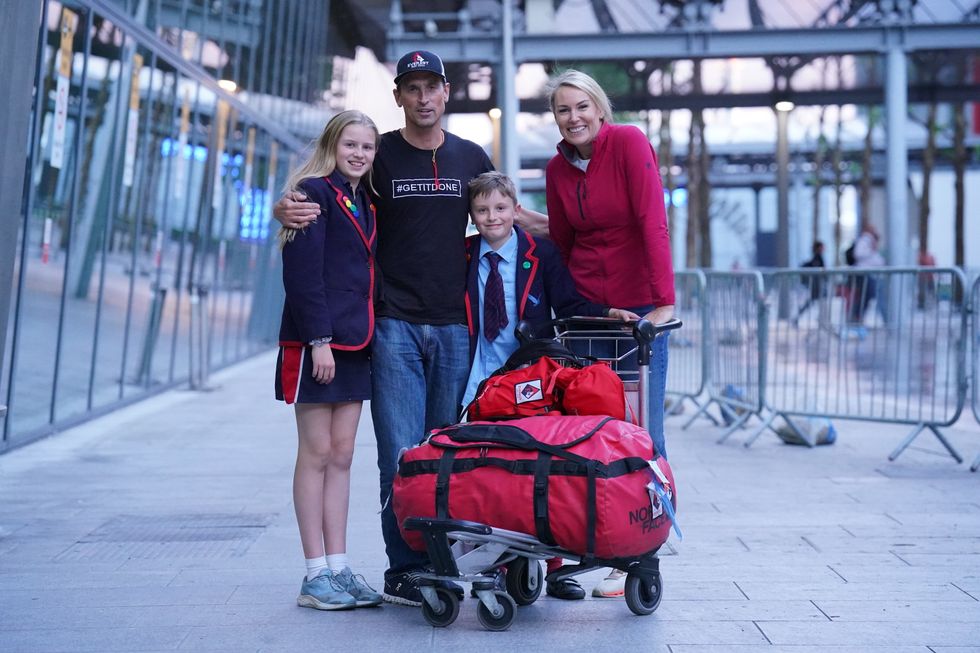 A British mountaineer who was once told he would never walk again unaided has been greeted by his family as he arrived back in the country following a record-breaking climb of Mount Everest.

Kenton Cool, 48, from Gloucestershire, arrived at Heathrow Airport on Friday evening a few days after after having reached the peak for a 16th time – more than any other non-Sherpa.

Mr Cool made the 8,849-metre summit of the world’s tallest mountain at 4.30am on May 15, alongside British fitness entrepreneur Rebecca Louise, who was completing the feat for the first time.

He was greeted at Heathrow by wife Jazz and their two children – Saffron, 12, and Willoughby, nine.

The record comes despite a warning he would never walk again unaided after he shattered both heel bones in a rock-climbing accident in 1996 from which he still suffers chronic pain.

“This was after one of the most spectacular climbs I’ve had on Everest,” Mr Cool told his 51,000 followers on Instagram, alongside a picture taken among the Himalayas after completing the ascent.

“It’s summit 16 for me, a record of sorts but really it’s not about that, it’s a celebration of team work, dedication and passion.”

Mr Cool previously became the first person to complete the Everest triple crown, scaling Everest, Lhotse and Nuptse in a single push without returning to base camp.

He was also the first British guide to lead a client to the summit of K2, the world’s second tallest mountain.

Please log in or register to upvote this article
Mount Everest