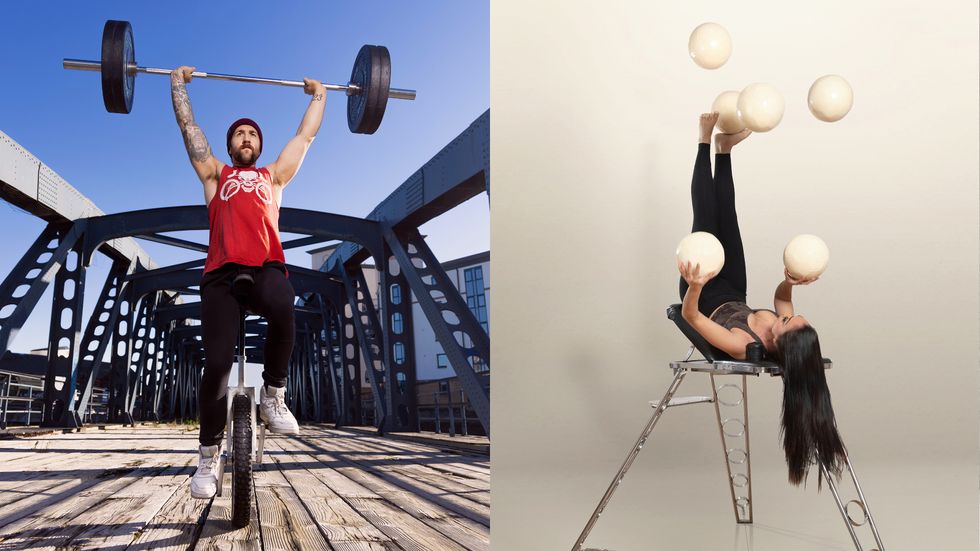 The latest book of Guinness World Records has been released, with Britons outpacing the rest in lifting barbells on a unicycle and juggling with both hands and feet.

The new 2023 edition reveals the latest achievements on earth and in space, including the tallest living domestic cat at 47.83 centimetres and the largest collection of rotating puzzles – 1,519.

Over 40,000 applicants submitted their accomplishments, whittled down to 2,697 of the most impressive feats for the book.

British entrant Jason Auld, from Edinburgh, snatched the title for the heaviest single weight lifted by barbell overhead press while riding a unicycle with a 68-kilogram weight.

Warwick’s Karenjeet Kaur Bains came out on top for the most times to squat-lift one’s own bodyweight in one minute in the female category, with 42 squats, and Kimberly Lester used both her hands and feet to break the record for the most juggling catches with six objects in 30 seconds.

“Combining unicycling with feats of strength is something few, if any, have done,” Mr Auld said of his record.

The book is filled with the world’s quirkiest triumphs, such as the highest throw and catch of a spinning basketball (6.2 metres) by Junji Nakasone of Japan and the largest collection of lip balms (3,388) by China’s Scarlett Ashley Cheng.

A 12-year-old from the US, Abhimanyu Mishra, features in the Young Achievers section for being the youngest chess Grandmaster.

The edition also has a new Impairment Initiative for people like Dan Mancina, from the US, who has lost his sight but features for achieving the longest 50-50 grind on a skateboard.

More chapters on the human body, including the world’s hairiest person, can be found alongside ventures in engineering, entertainment, and sport in Guinness World Records 2023.