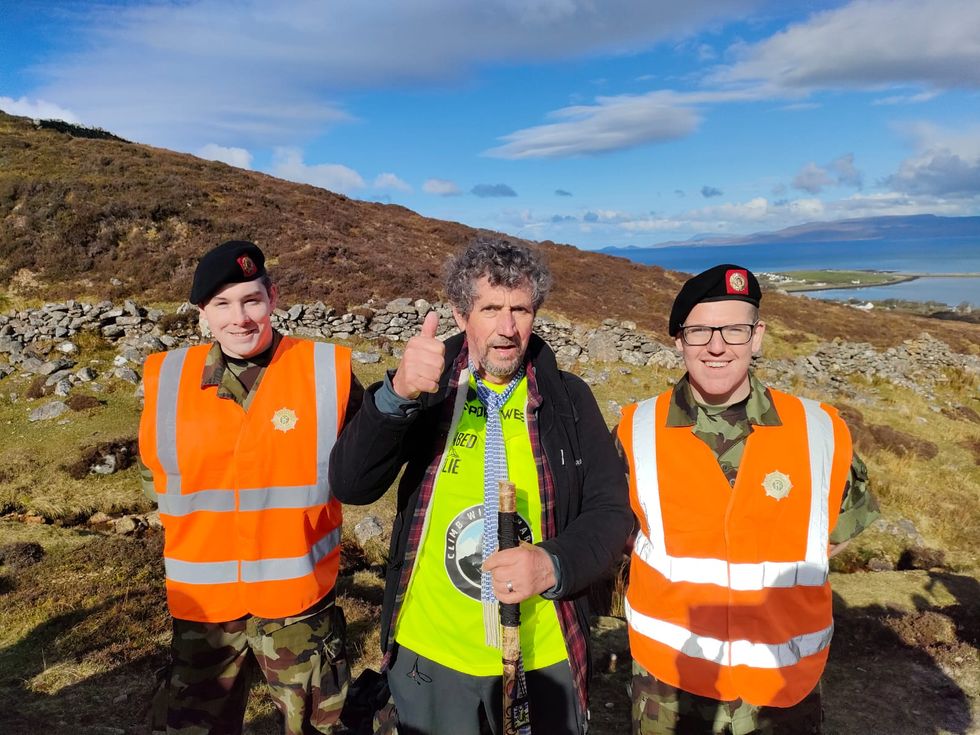 Retired Irish broadcaster Charlie Bird said he is humbled by the response to his charity mountain climb after he reached the summit cheered on by family and friends.

The ex-RTE chief news correspondent, who was diagnosed with motor neurone disease last year, set himself the goal of hiking to the top of Croagh Patrick in Co Mayo.

His challenge caught the imagination of the public and thousands of people completed their own ‘Climb with Charlie’ events all over Ireland and further afield on Saturday. Climbs were organised as far away as the US, Australia, South Africa and Spain.

The campaign has now raised more than one million euro for the Irish Motor Neurone Disease Association and mental health charity Pieta.

Bird, 72, raised his climbing stick in triumph as he reached the top.

Hundreds joined him on the Saturday morning climb up a mountain known as the Reek.

Among them was the host of RTE’s flagship The Late Late Show Ryan Tubridy, singer Daniel O’Donnell and former champion boxer Barry McGuigan.

Bird was accompanied by his wife Claire and daughters Orla and Neasa.

“I am truly humbled and inspired that so many thousands of people took part in Climb with Charlie events across the world,” he said.

“I want to thank people all across the country for their incredible support throughout this journey.

“All of the generous donations will go to the two charities which are so close to my heart. It is an amazing gesture of support for me and my family.

“Throughout this campaign, we have had the support of so many wonderful people and organisations, and I would like to thank them from the bottom of my heart.

“I would also like to particularly thank the Defence Forces, An Garda Siochana, Mayo Mountain Rescue, the Order of Malta and all our local volunteers for making our climb today possible.”

Bird lit five candles in the small chapel at the top of the mountain – one for his friend and high-profile campaigner for women battling cervical cancer Vicky Phelan; one for everyone diagnosed with a terminal illness; one for those experiencing mental health difficulties; one for everyone involved in the fight against Covid-19; and a final candle for the people of Ukraine.

Irish president Michael D Higgins was among those paying tribute to Bird’s fortitude and determination.

Hailing him as an inspiration, he said: “Charlie’s strength and dignity over recent months has been a source of true inspiration to people across Ireland and beyond.”

In a tweet to Bird, Irish premier Micheal Martin added: “Wonderful to see the money raised by your Croagh Patrick climb  – I know the whole country is right behind you every step of the way!”

The Climb with Charlie fundraising page will remain open for donations for the next three months. See www.climbwithcharlie.ie

Please log in or register to upvote this article
RTE