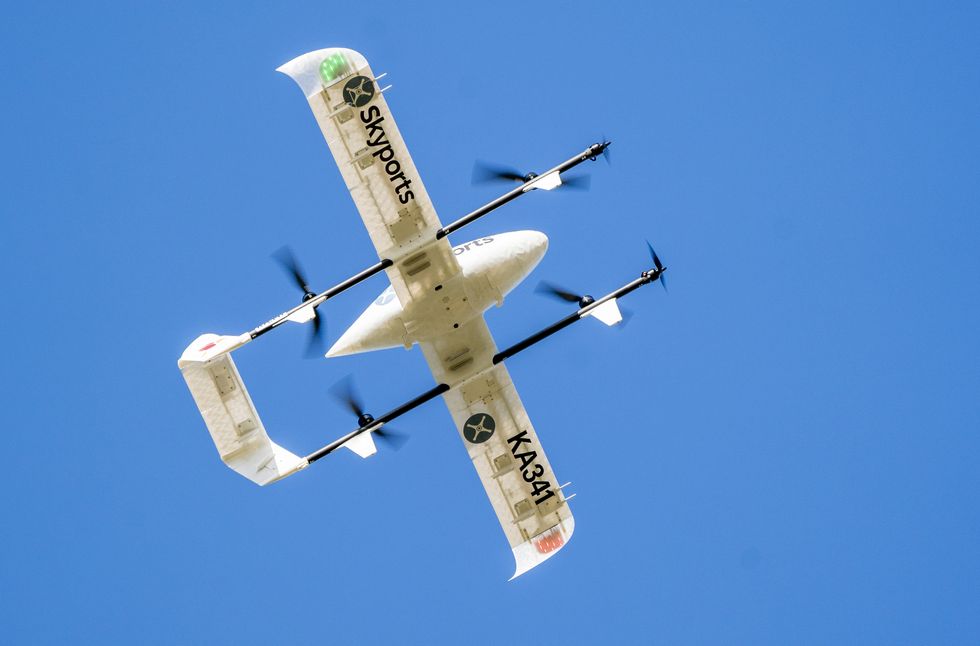 A trial scheme could see drones used to deliver school lunches to youngsters in some of Scotland’s more remote communities. (Jane Barlow/PA)

Pupils in some of Scotland’s remotest schools could be having their lunches delivered by drone, if a new trial is a success.

In what is thought to be the first move of its kind in the UK, Argyll and Bute Council is teaming up with drone specialists Skyports to trial the use of unmanned aerial vehicles (UAVs) in delivering school meals.

Flying from Oban Airport, the trial will involve drones delivering meals prepared in Park Primary School in the the town to Lochnell Primary, which is also in Oban and is just 1.5km (just under one mile) away.

With Argyll and Bute – which is Scotland’s second-largest local authority area – having 23 inhabited islands, council leader Robin Currie said the use of drones could bring “quite staggering” opportunities to improve services.

We have already seen how drones can deliver essential media supplies to our islands and now we want to make sure all pupils have access to healthy school meals.

He said: “We are committed to connecting remote and island communities to vital mainland services. The possibilities of using UAV’s to improve services to our communities is quite staggering.

“Argyll and Bute is the perfect location to test the efficiency of drone technology.

“We have already seen how drones can deliver essential media supplies to our islands and now we want to make sure all pupils have access to healthy school meals.”

Mr Currie added delivering meals to pupils was “just the start of what is possible using drones”, as the council looks to create the  UK’s first UAV logistics and training hub at Oban Airport.

He added: “From maintaining our assets including roads and bridges to inspecting offshore wind farms, developing the use of drones will help develop skills, create jobs and attract further and investment to the area.”

The council has already received £170,000 of UK Government Community Renewal funding for the work, with further funding expected to enable the construction of the new hub by March 2025.

Speaking about the work Scotland Office minister Iain Stewart said: “Pupils can’t learn and play on empty stomachs, so the ability to deliver nutritious school dinners to remote and island schools in a faster, more cost effective and reliable way is hugely welcome.”

Mr Stewart added: “The use of drones has massive potential for improving public services for the region’s communities and UK Government funding is spurring these innovations as part of our £2 billion for levelling up across Scotland.”

Alex Brown, head of drone deliveries at Skyports, said the drones had a current capacity of 3kg, which was “clearly not sufficient for feeding a classroom of hungry students”.

Despite this he said the trial was “an important stage in the development of deliveries of this type”.

Mr Brown added: “The learnings from this early stage of the project will help to pave the way for wider-scale operations.”

He stated: “Argyll and Bute Council’s readiness to explore how drone services can improve and enhance the lives of people across the local authority, combined with Skyports’ expertise and hundreds of flight hours in the region, makes this an exciting project with infinite benefits.”

Please log in or register to upvote this article
DronesEducationObanScotland