Crocheted tributes to Queen top post boxes across the UK 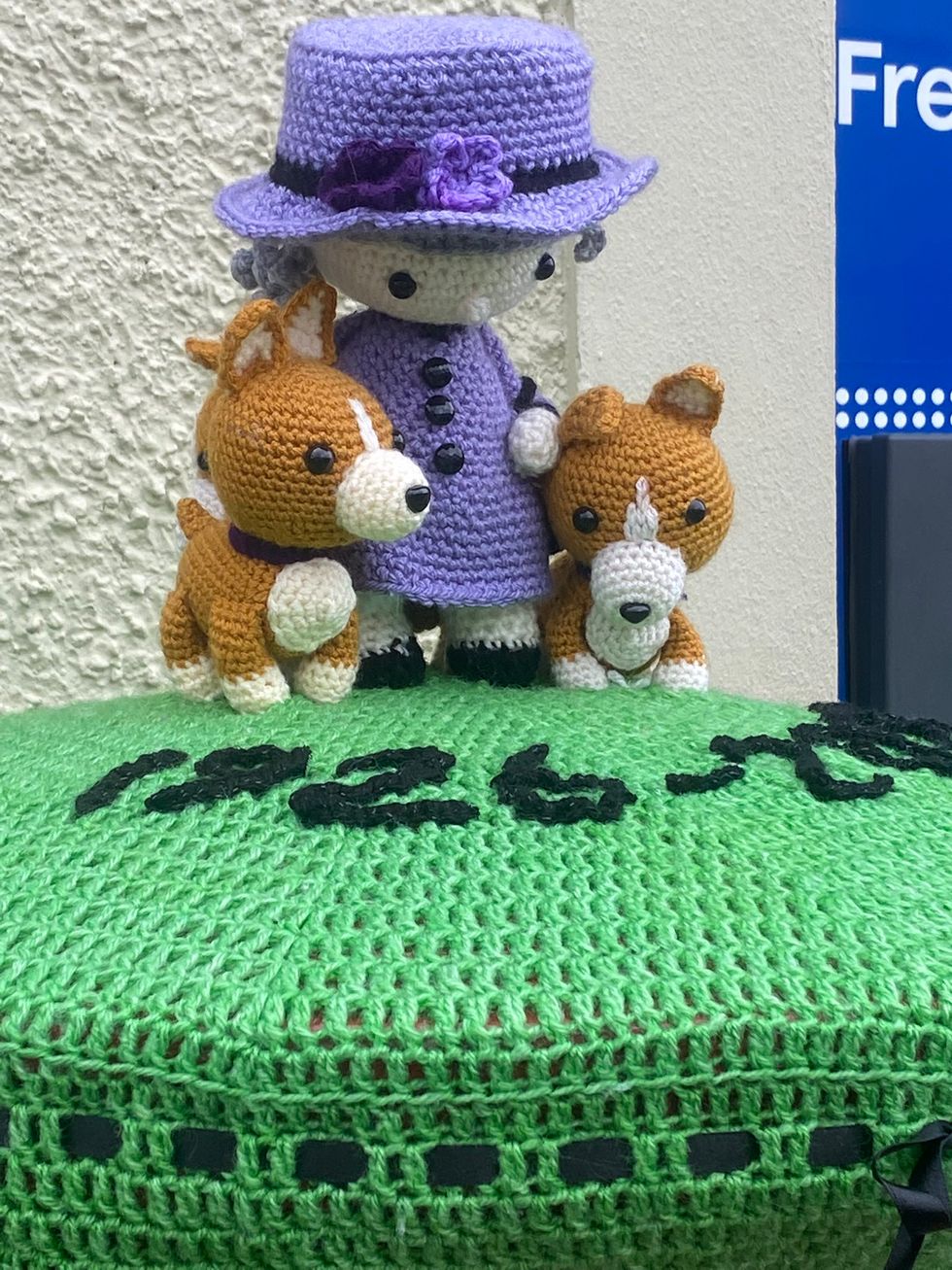 Crocheters across the UK have created post box toppers of various colours and with corgis in tribute to the Queen.

Crocheted tributes showing the Queen with her beloved dogs, reading “RIP” or simply “Thank You” have appeared on post boxes across the nation since her death last Thursday.

Several of them are black as a sign of mourning, while others have opted for more colourful tributes as a celebration of her life.

Many of the crafters have repurposed work they produced for post boxes in June to mark the Queen’s Platinum Jubilee.

Donna Wilby, 49, from Ipswich, decided to make a blue and black topper with a model of the Queen wearing a regal blue suit and hat as soon as she heard she had died.

“This is my first topper, though I make a lot of crochet to order,” she told the PA news agency.

“I felt the need to do something and to hopefully make local people smile.

“I had started the base with the aim of making a Christmas topper but this felt more important.

“I don’t use patterns and have been crocheting for over 30 years.”

She plans to keep her work in place until a few days after the funeral as a mark of respect.

Ms Fowler began crocheting during the coronavirus lockdowns and now creates a new post box topper every month based on a different theme.

She had originally created a topper with a harvest theme for September, but quickly adapted it to pay tribute to the Queen.

“When the Queen passed away, I said I have got to put something on there,” she told PA.

“While we were actually sitting there watching it all on Thursday evening, I just added the ‘RIP’ and the dates.

“I already had the Queen which I had done for the Jubilee, so it was up on the post box the following morning.

“We’ve never known anybody else to be there apart from her, she’s been that one constant throughout our lives.”

Ms Fowler had previously created several models of the Queen, including one which she had placed in her front window during Jubilee celebrations.

She sewed RIP on to a red heart that she had previously used for Valentine’s Day.

In Stranraer, southern Scotland, a bright green cover reading “1926-2022” has a standing model of the Queen and two of her corgis by her side.

Please log in or register to upvote this article
DeathJubileeQueenQueen ElizabethRoyalTribute

These are the 32 Wetherspoons pubs up for sale