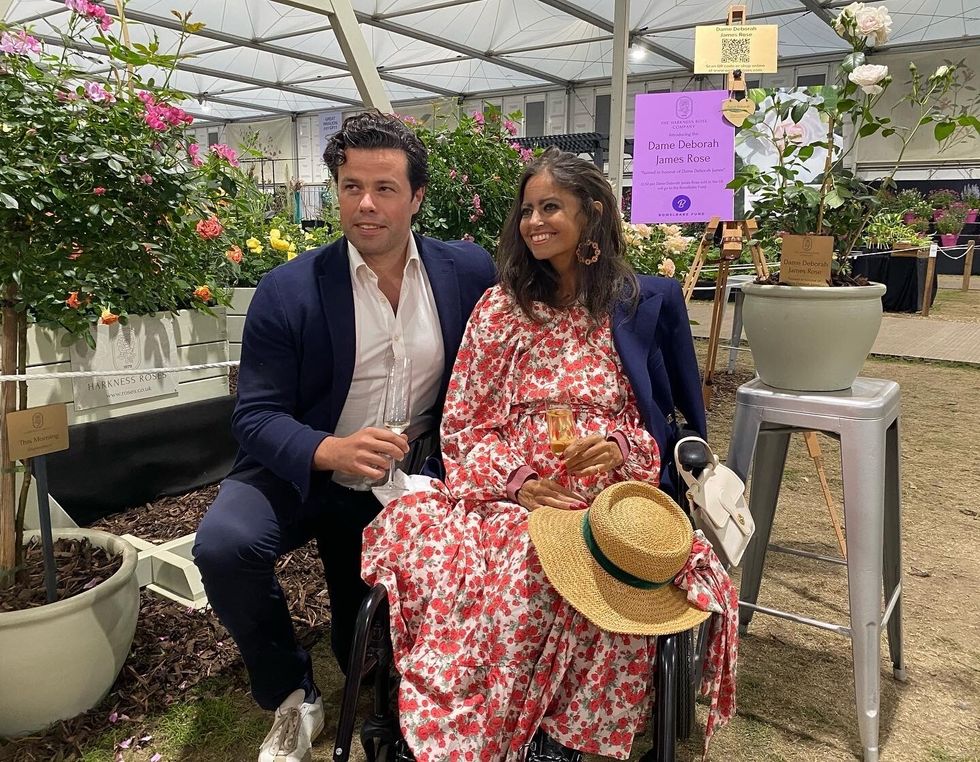 Dame Deborah James has raised £1 million for cancer research through sales of her clothing line with In The Style.

The 40-year-old podcaster, known as BowelBabe online, shared a photo of her posing with the brand’s founder Adam Frisby and his partner Jamie Corbett alongside a giant cheque.

The collection, launched in May, features t-shirts with the words Rebellious Hope across the chest, and donations are going to her BowelBabe Fund for Cancer Research UK.

The fund has already raised more than £6.7 million in donations.

Dame Deborah, who is receiving end-of-life care at home, wrote on Instagram: “WOW!! ONE MILLION POUNDS. I am honestly so overwhelmed we, through @inthestyle raised over £1,000,000 for @bowelbabefund for @cr_uk!

“All from sales of the ITS x Dame Deborah James collection and ‘Rebellious Hope’ T-shirts that I designed with @inthestyle. (One million, that’s just crazy).

“I got a lovely little visit yesterday from the @inthestyle founder @fr15by and his partner @thejamiecorbett who brought this lovely cheque and we have had a little toast to celebrate it. I just can’t believe it!

“What’s funny is when @inthestyle released the first t-shirt we both said how incredible £50k raised would be so for me to still be here and see it’s over £1mil is just so incredible!

“Rebellious Hope is what has got me through the last few years and it’s what is keeping me going now!

“Seeing all your messages, tags and support has just been the best and I am so grateful that we have been able to do this together! Thank you all.”

Dame Deborah told The Sun she was preparing for an emotional Father’s Day on Sunday.

“It’s too hard to think about, the idea I won’t see my son as a father,” she said.

Dame Deborah is a former deputy headteacher who was diagnosed with bowel cancer in 2016 and has kept her Instagram followers, who number more than 900,000, up to date with her treatments.

Last month, she announced she had written another book, titled How To Live When You Could Be Dead, documenting what she has learned about having a positive mindset when faced with life’s biggest challenges.

Despite not being due to be published until August, the book shot to number one on the Amazon list through pre-orders, with her royalties going towards her BowelBabe Fund.

She was also honoured with a damehood by the Duke of Cambridge at her home for her “tireless campaigning” efforts.

Please log in or register to upvote this article
Cancer