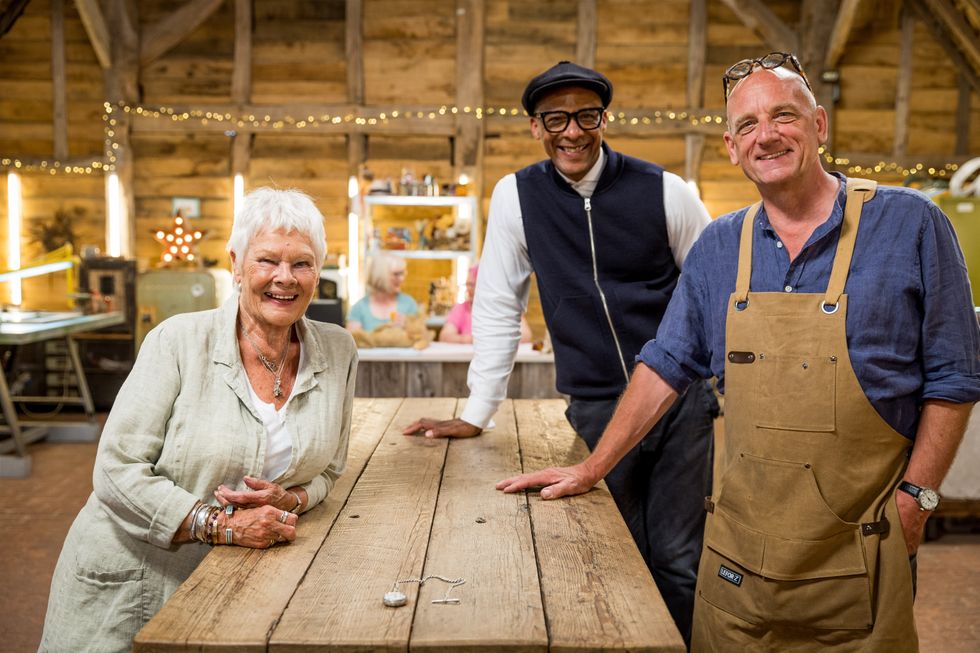 Dame Judi Dench has said having her late husband’s pocketwatch repaired and engraved with his initials by The Repair Shop team was “more than she could possibly hope for”.

The veteran actress had the sentimental item mended as part of a special live session of the BBC One programme held at the Edinburgh TV Festival.

Before the 87-year-old appeared on stage, a video tape was played which showed her presenting the team with the pocketwatch, which she had given to her late husband, actor Michael Williams, in 1972 – one year after they married.

Dame Judi told furniture restorer and programme host Jay Blades that she had given Williams the watch while they were starring in a play together and that he had used it during the production.

She said that afterwards he carried it in his pocket and “treasured it” before he died from lung cancer in 2001 at the age of 65, after they had been married for just under 30 years.

The actress described her late husband as “wonderful” and said it would be “lovely” if she could hear the pocketwatch work again as a reminder of the times they shared.

Another clip showed horologist Steve Fletcher dismantling the watch so he could thoroughly clean it and repair its mechanisms.

As Dame Judi was presented with the repaired watch live on stage at the TV festival, she appeared emotional and described the work as “sublime” as she held it to her ear to listen to it ticking again after many years of silence.

The team also pointed out that they had engraved her husband’s initials on the back of the watch for her, to which she replied: “Oh my word, that is more than I could possibly hope for. Thank you so much.”

She added that she was “full of admiration” for the work they do and is an avid viewer of the show.

Strictly Come Dancing judge Craig Revel Horwood, 57, also took part in the live session on Wednesday as he sought to have a life-like chimp from Andrew Lloyd Webber’s musical Sunset Boulevard, which was given to him as an opening-night present, fixed by the specialist team.

In a video clip, furniture restorer Will Kirk and “The Teddy Bear Ladies”, Amanda Middleditch and Julie Tatchell, who specialise in stuffed toys, were seen painstakingly repairing the chimp by creating new hands using liquid rubber as well as repairing its thinning fur by giving it hair plugs.

After being presented with the revitalised animal, the notoriously harsh Horwood said the transformation was “amazing”.

He added: “That is actually 100 times better than what it would have looked like in 1992.”

The team asked if they would get a perfect 10 score for their work, to which he said they get “better than a 10”.

Dame Judi then cradled the chimp, describing him as a “beauty”.

Earlier this year, the actress appeared in a sketch spoofing The Repair Shop for Comic Relief.

She played a character struggling with her memory who wants an old doll from her childhood repaired to help remind her of her youth, but sees it smashed by Dawn French and Jennifer Saunders.