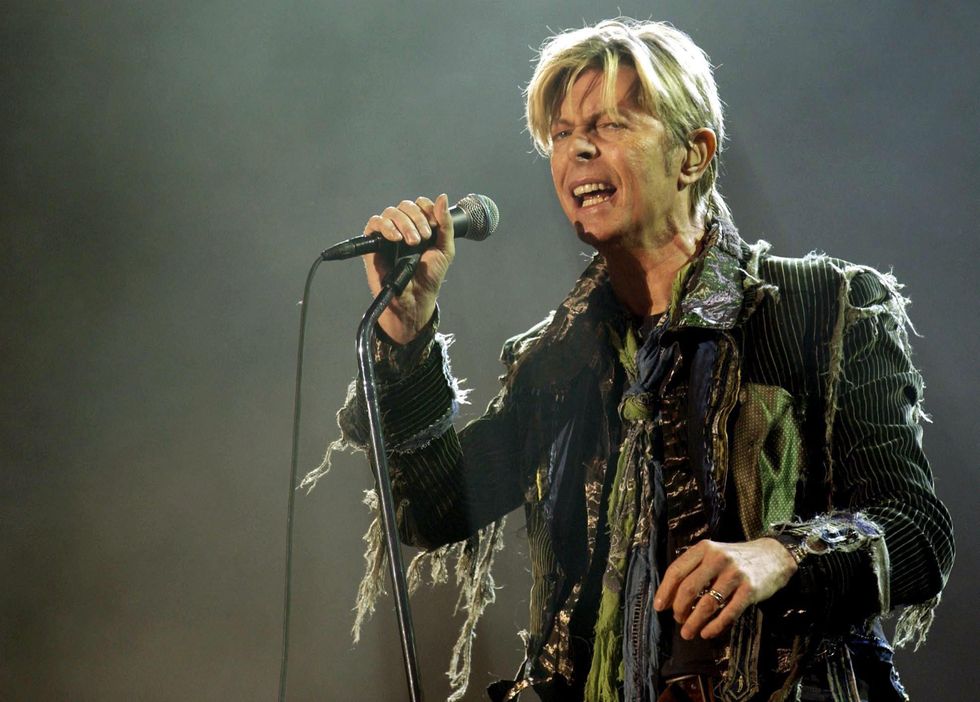 There has been an increase in the number of David Bowie-inspired baby names following the musician’s death in 2016, data shows.

According to the Office for National Statistics (ONS), the number of boys registered with the name Ziggy, a reference to his acclaimed 1972 album Ziggy Stardust, at birth in England and Wales rose from 49 to 136 between 2016 and 2021.

The number of boys registered with the name Bowie rose from 35 to 78 in the same period.

Bowie, one of the most influential and revered musicians of recent times, died of liver cancer on January 10 2016, two days after his 69th birthday.

Recent years have seen his legacy continue, with his estate launching an NFT series and Bowie received a stone on the Music Walk of Fame in London.

The success of singers George Ezra and Mabel may have also driven a change in the popularity of baby names.

There were 14 times the number of baby boys named Ezra in 2021 compared with a decade before.

The name was just outside the top 50 most popular names given to boys in 2021, with 1,226 registered that year.

It rose in prominence at around the same time the singer-songwriter found fame, with an 89% increase in 2015 after his debut album Wanted On Voyage topped the charts.

The ONS said this may have been influenced by the success of pop singer Mabel, whose breakthrough single Finders Keepers was released in May 2017.

The success of recent Star Wars films may have also had an impact.

The number of newborn boys named Kylo rose more than fivefold to 54 in 2016 after Episode VII: The Force Awakens was released, introducing audiences to villain Kylo Ren, played by Adam Driver.

The count peaked at 189 in 2020, after the Jedi hunter turned his back on the dark side.

The number of Landos has also risen since the appearance of Lando Calrissian, played by Donald Glover in the later Star Wars films, rising more than fivefold from 13 in 2019 to 74 last year.

The ONS suggests this could also reflect the popularity of Peaky Blinders, in which Harry Kirton played the youngest son of Arthur Shelby named Finn.

Other names that have seen a rise in recent years include Saint, the name of Kim Kardashian and Kanye West’s son, and Otis and Maeve, from the Netflix show Sex Education.

Most popular baby names in England and Wales revealed

What are the best Robert Downey Sr movies and can you stream them?