David Bowie’s handwritten Starman lyrics to go under the hammer 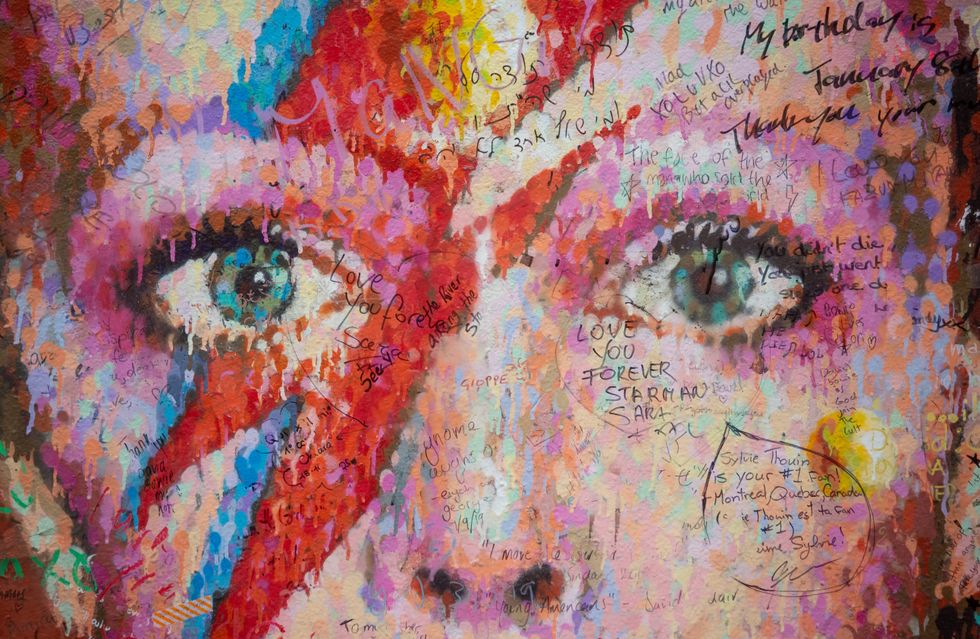 David Bowie’s handwritten lyrics to pop classic Starman are expected to fetch up to £40,000 at auction.

The song, about a Starman who would “like to come and meet us but he thinks he’d blow our minds” was released as a single in 1972.

It featured on the Ziggy Stardust concept album, which catapulted Bowie into international rock and pop stardom.

The lyrics were previously on display as part of the V&A Museum’s David Bowie Is collection, and they have been owned by the same person since the 1980s.

The A4 page features handwritten amendments and edits by Bowie, including corrected spelling mistakes and additions.

Dan Hampson, auction manager for Omega Auctions, said: “David Bowie remains one of the most influential recording artists of all time and someone whose lasting influence on music is still being studied.

“The items that most excite our collectors are those that bring them closer to the stars, in this instance the handwritten lyrics to a song which many would regard as a work of true genius.

“It’s a real privilege to see and to sell them.”

The lyrics will be sold as part of a David Bowie and glam rock sale on September 27.

In 2019, the first demo of Bowie singing Starman sold for £51,000 after gathering dust in a loft for nearly five decades.

Bowie can be heard telling his guitarist Mick Ronson, who died in 1993, that he has not finished singing the song when he tries to end the demo.

Please log in or register to upvote this article
David Bowie