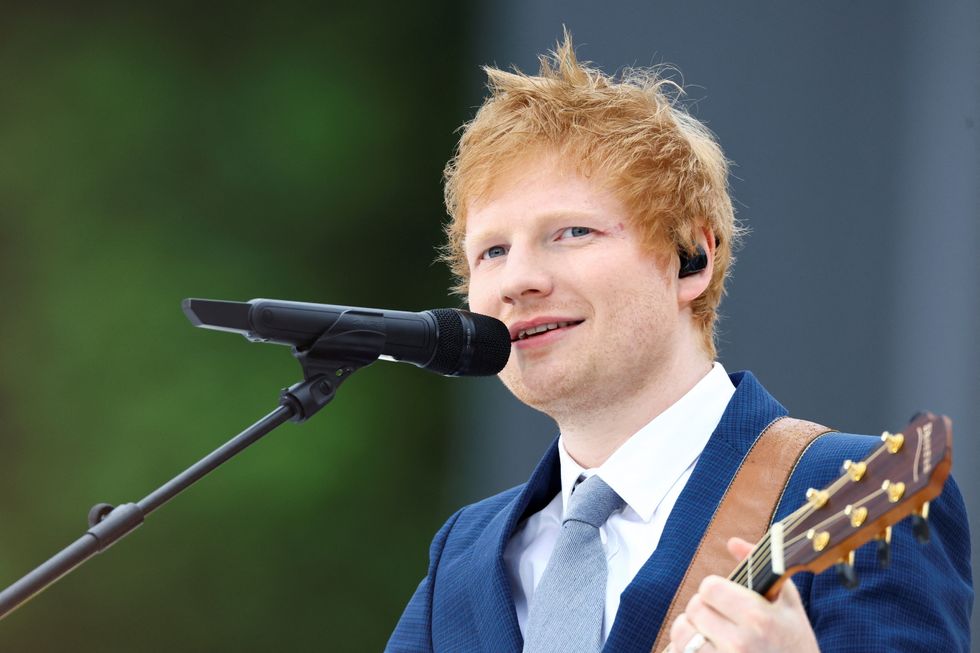 Ed Sheeran has been joined on stage by Ukrainian band Antytila during a concert in Poland.

The rock group, fronted by lead singer Taras Topolia, made a surprise appearance at the PGE Narodowy venue in Warsaw on Saturday night for the live debut of their collaborative track with the British star.

Earlier this year, they teamed up to record a new version of Sheeran’s 2step to raise money for Music Saves UA, a non-profit fundraising project providing humanitarian aid for people in Ukraine.

Over the next 12 months, worldwide royalties from YouTube streams of the official video, and Warner Music’s proceeds from the streams, will be donated to the project.

Sheeran shared a series of images from the show including one of them holding up the Ukrainian flag.

“Thank you @antytila_official for coming across the border to sing with me, and thank you Poland! What a time.”

Antytila shared a photo taken backstage at the venue and said: “@teddysphotos and Antytila are finally united and standing by Ukraine!

“Thank you Ed and all the team! You are great people with huge hearts!”

Frontman Topolia also shared a selfie with Sheeran on Twitter and wrote simply: “Finally we met.”

Members of Antytila are serving on the front line of the war, with Topolia working as a medic.

In May, he explained the meaning behind the remix to the BBC, saying: “It is a simple but very dramatic story.

“It is not just only my story, it is the story of millions of Ukrainian people, whose peaceful life was interrupted by war.”

Please log in or register to upvote this article
Ed SheeranUkraine