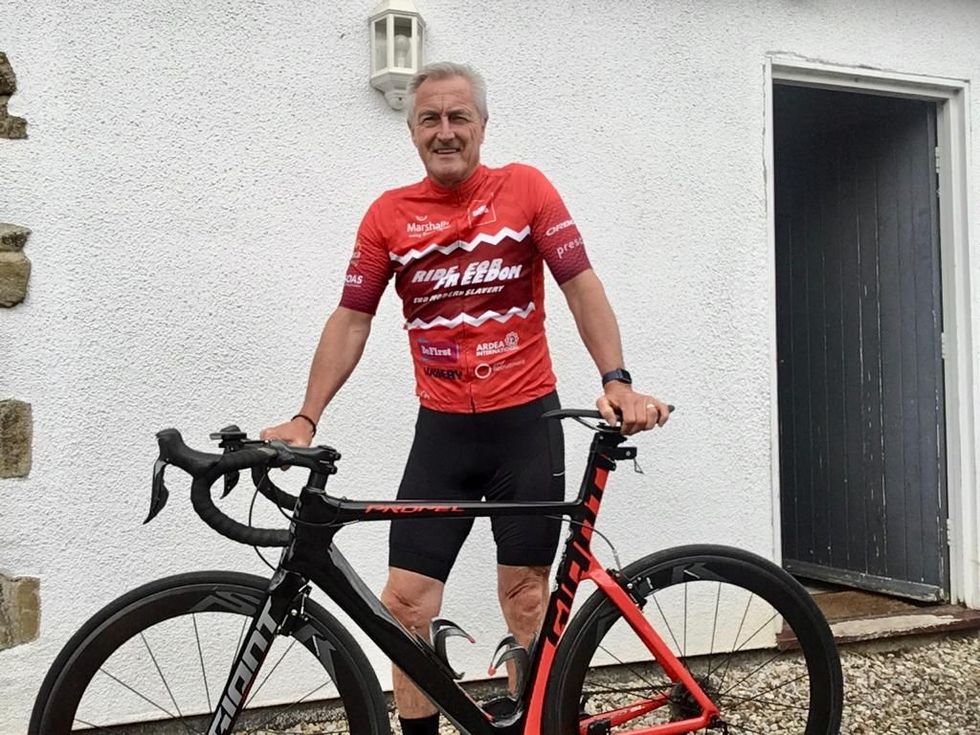 Former footballers are set to don their lycra for a cycling challenge around football clubs to show a “red card” to human trafficking.

They will be joined by a group of 20 cyclists, including Gordon Miller, who organised the event to fundraise for his community interest company Ride For Freedom’s “freewheel programme”, which empowers survivors of modern slavery to cycle to support their physical and mental health.

Mr Miller, from London, told the PA news agency that Mr Hodgson got in touch with him to say “how impressed he was with Ride For Freedom’s vision and asked if he could support a ride in the North East”.

“We chatted it through and he offered to approach the five professional football clubs in the region and invite several former footballers to participate in the ride.”

Mr Miller said that by cycling to clubs which have a “huge public profile and fan base, we are raising awareness of the issue with a large number of people as well the clubs themselves”.

He said: “Our cycle between the professional North East football clubs ‘shows a red card’ to this crime.”

He added that the ride reinforces his company’s Show A Red Card campaign, which focuses on human trafficking in football. A total of 15,000 victims are trafficked annually in the name of football in Europe alone, according to the 2020 Trafficking In Persons report.

Mr Hodgson has a personal connection to Darlington as he managed the football club in three spells over a decade from 1995-2006 and said he is “delighted” to support the ride.

“Modern slavery is all too present in our communities – and is an issue that impacts football – and I stand behind Gordon and Ride For Freedom in their mission to harness cycling to raise awareness of it as well as to support survivors to cycle through their freewheel programme,” he said.

He also played for Middlesbrough, Liverpool, Norwich City, Sunderland and Sheffield Wednesday over the course of his football career.

Mr Maddison, an ex-Middlesbrough player, said “football clubs can play a big role to end trafficking” and the bike ride is a “great way to get the message out there”.

Mr Miller is no stranger to taking on adventurous cycles, having achieved two Guinness World Records.

His first occurred in October 2020, for the “largest GPS drawing by bicycle (individual)” when he cycled 620.5 miles around England to spell out “End Modern Slavery”, and his second in October 2021 was for the “greatest distance covered by an electric bicycle in one week”, when he cycled 1,060 miles across the length of Spain.

So far this year, around a dozen survivors of modern slavery have been given donated bikes and accessories to use by the community interest company, as well as road awareness training via the Government-accredited Bikeability scheme, with one attendee saying she “learnt a lot and I feel much more confident now and my cycling skills have also improved”.

From Spider-Man to Jeff Goldblum: How social media reacted to Cummings