Falkirk cabbie drives passengers to Heathrow after flight is cancelled 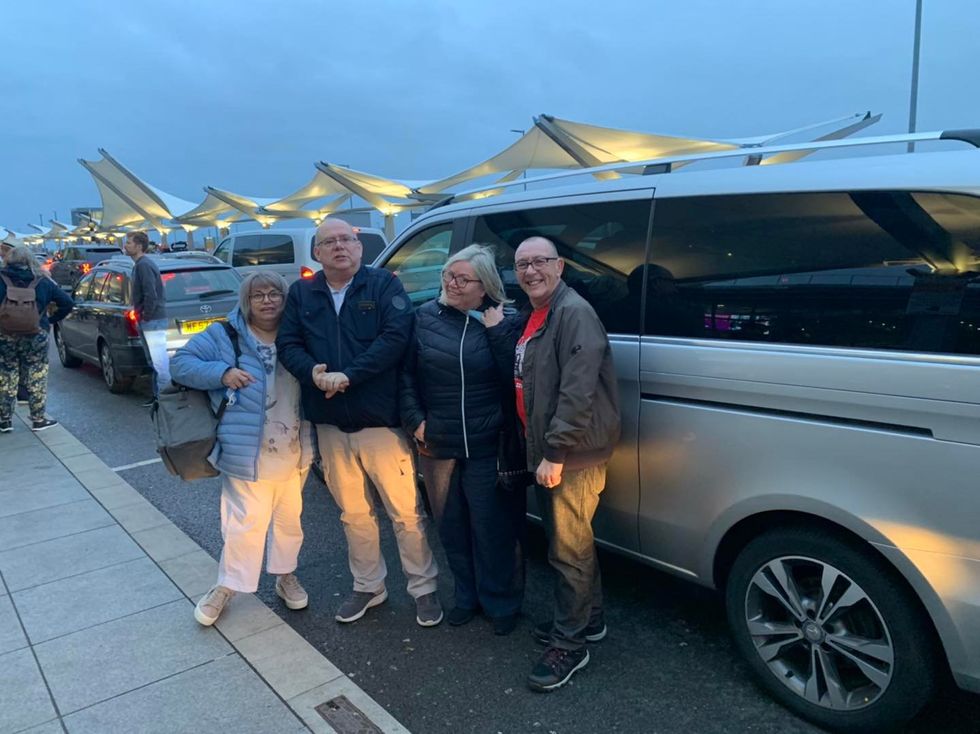 A minicab driver took his passengers more than 400 miles to Heathrow Airport to ensure they could still go on holiday after a connecting flight from Scotland was cancelled.

The four passengers were due to be taken by Elite Central Travel from Falkirk to Glasgow Airport at 3am on Sunday to catch a plane to Heathrow, from where they would head to the Caribbean to embark on a cruise.

However, they received an email from British Airways on Saturday evening, telling them their flight to London had been cancelled and they would have to make their own way to Heathrow.

They contacted Elite owner John Murphy, who attempted to find an alternative route for them via plane or train, but, when he was unable to find anything, he instead decided to drive the customers on the 411-mile journey himself.

Mr Murphy did not charge the customers for the journey – a fare of about £800.

Instead he asked them to get in touch after they returned from their holiday, when they could claim the money back from their insurance company.

“That’s what insurance is for,” he said.

“I’m not having customers out of pocket for it.”

Mr Murphy said the customers were “totally beside themselves” when they contacted him on Saturday evening.

“I’m just glad that we could step in and and help our customers, you know, keep a smile on their faces, because they were in tears,” he said.

“They were going to the Caribbean on a cruise – a big holiday, a lot of money – so I’m just glad that we could help them out.”

Mr Murphy stayed in a hotel overnight and, in a serendipitous twist of fate, was contacted by another customer who was set to fly from Heathrow to Scotland and had seen their own flight cancelled.

He drove them back up north the next day.

The trips have earned praise for Mr Murphy and a slew of local media coverage.