Fireproof copy of The Handmaid’s Tale sells at auction for £103,000 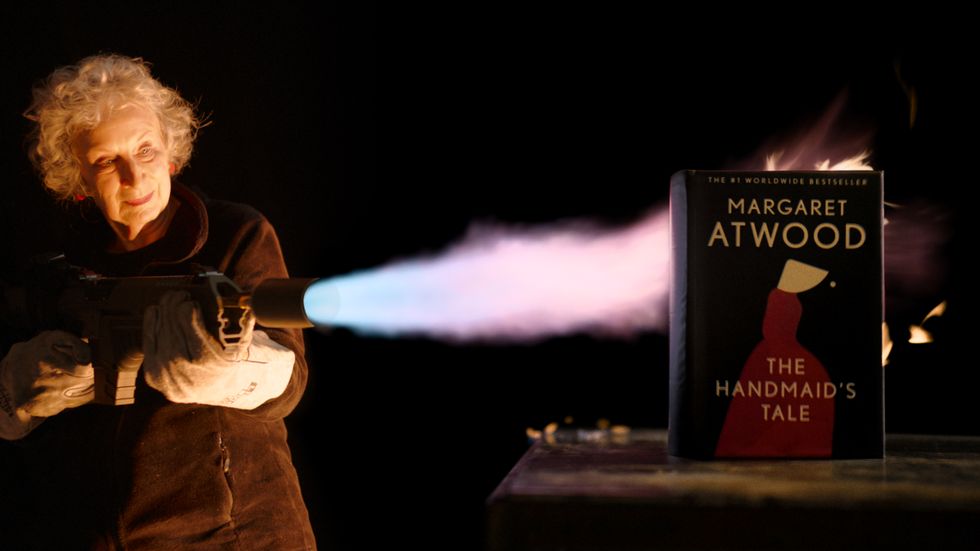 Fireproof copy of The Handmaid’s Tale sells at auction for £103,000 (Sotheby’s/PA)

In a promotional video ahead of the sale, the Canadian author, 82, donned black safety gloves and blasted the book with a flamethrower to test its resistance to fire.

The fireproof copy of the famous novel went under the hammer to raise funds and awareness of PEN America, a non profit organisation which promotes freedom of speech.

All proceeds from the sale will go to the organisation and its mission to combat the proliferation of book banning and educational gag orders in American schools.

In a promotional video ahead of the sale, the Canadian author, 82, blasted the book with a flamethrower to test its fire-resistance (Sotheby’s/PA)

The book was sold at Sotheby’s auction house in New York on Tuesday.

Following the sale, Atwood said: “I’m very pleased that the one-of-a-kind Unburnable Book of The Handmaid’s Tale has raised so much money for PEN America.

“Free speech issues are being hotly debated, and PEN is a sane voice amidst all the shouting.

“The video of the book being torched by me and refusing to burn has now had a potential 5 billion views.

“We hope it raises awareness and leads to reasoned discussion.”

Burn-proof edition of The Handmaid's Tale up for auction

Here’s why some trans people are angry at Margaret Atwood