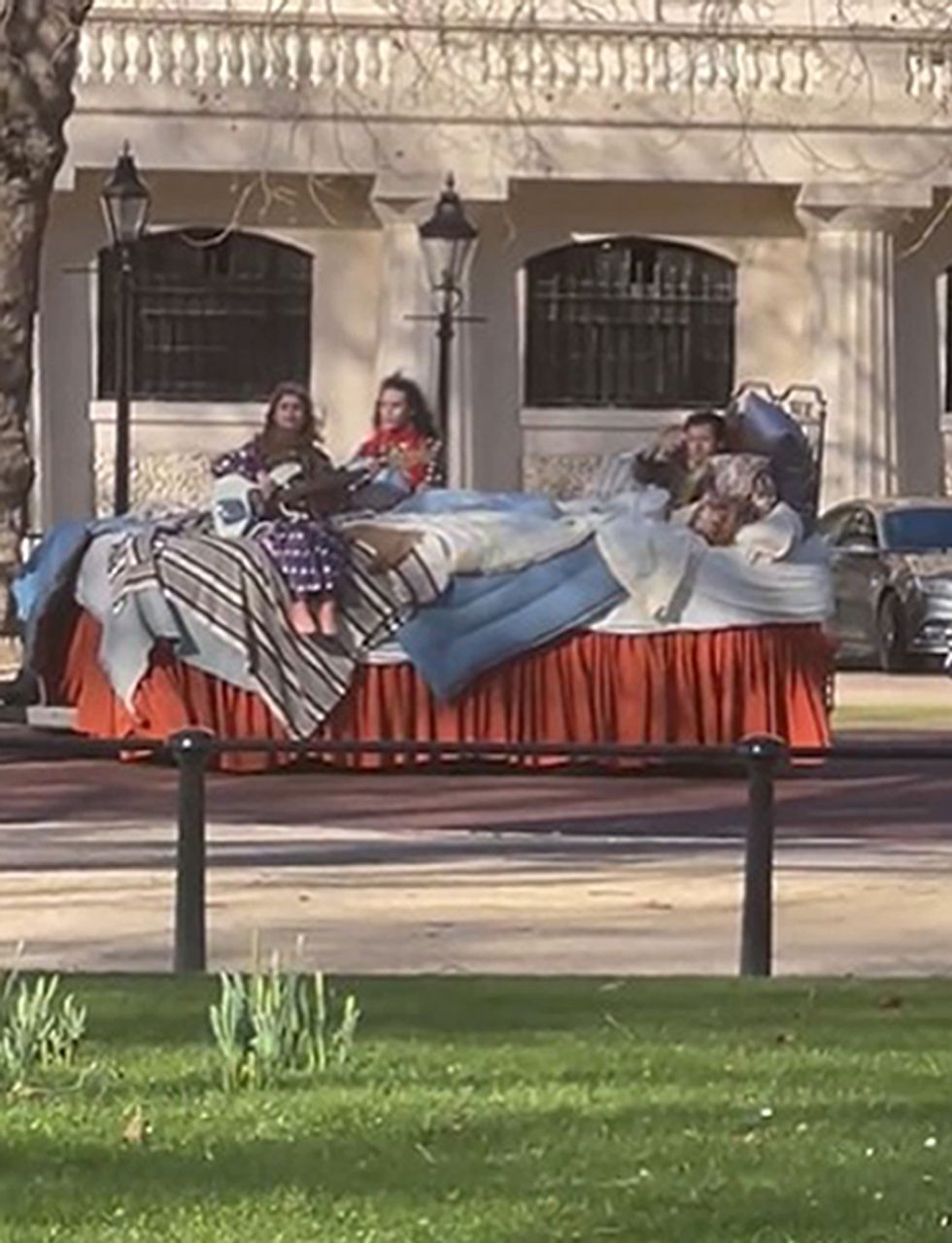 Harry Styles has been spotted filming on a bed on wheels in front of Buckingham Palace.

The former One Direction star, 28, thrilled onlookers as he lay on top of a bed on The Mall in central London, accompanied by two musicians holding a guitar and a drum.

Videos posted on social media showed the Watermelon Sugar singer moving along the famous road while tucked into the big bed and surrounded by retro cars.

Known for his quirky fashion sense, Styles was dressed in what appeared to be brown pyjamas with blue polka dots, finishing off the look with a lime green and pink scarf.

One onlooker, who gave her name as Ana, said it was “so surreal”.

The 21-year-old, who moved to London from India for university, told the PA news agency: “I was just taking a stroll in London and there he was, doing the most Harry thing ever, riding on a bed across the Buckingham Palace.

“I’m from India, I’ve loved him since his X Factor days, but this is the first time I’ve seen him in (the) flesh.

“He doesn’t feel real and having just moved to the UK, it felt so homely to see someone I’ve looked up to all my life. It felt homely even though I was so far away from home.”

Another fan said a security guard explained a new music video was being filmed.

“We were literally walking past St James’s Park and noticed that everything was cornered off,” said Laura, 22, from Romford in east London.

“We then noticed a large bed further up so we walked along and joined a crowd of people who were watching and noticed Harry on the bed along with a couple of other people – (we) decided to wave, and Harry and another person on the bed waved back.

“I can’t remember much of what we said because we were all so excited… we had quite a few people come up to us and ask what was going on so we proudly told them that it was Harry.”

Prince Louis ‘especially’ had an incredible time at the Jubilee