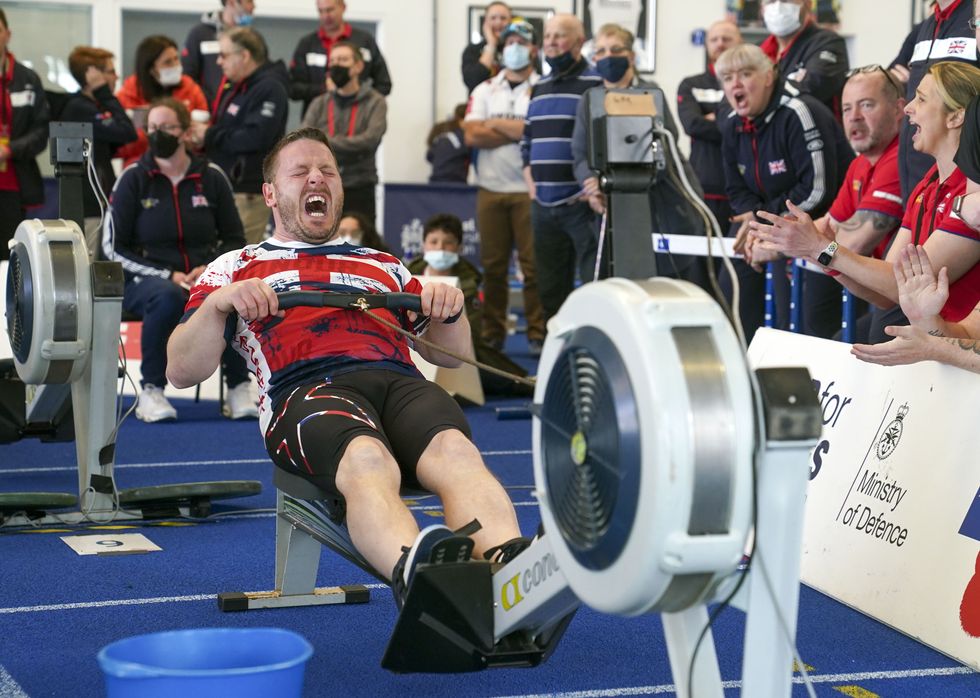 The Invictus Games is “not just a sporting competition” but is also a “powerful” movement, according to one competitor from Team UK, which has gathered for a final training camp.

The Duke of Sussex founded the games to aid the rehabilitation of injured or sick military personnel and veterans from across the globe, by giving them the challenge of competing in sporting events similar to the Paralympics.

After being delayed by the pandemic, the next staging of the international competition will be in The Hague this month.

Ms Wales broke her back in a training accident 11 years ago and was medically discharged.

She told the PA news agency: “Invictus is important. It’s not just a sporting competition. It’s a movement, a powerful one.

“If you come and watch Invictus, you can see the importance of the games and what it means to people.

Ms Wales, who was one of the instructing staff while the Duke of Sussex was a cadet at Sandhurst, said it will be “exciting” to see him in The Hague.

“It’s always good to see cadets doing well, especially members of our royal family, so it will just be great to see him out there.

“It’s amazing what he’s done and what he’s created,” she said.

Reflecting on Harry’s time at Sandhurst, Ms Wales said he wanted to be treated the same as everyone else.

“He was the same as everybody he served with, and he did everything that everybody else did.

“And he wanted to be a part of that whole process and not have any changes, and that’s exactly what he did.

“And as an officer he smashed it,” she said.

For me it's all about hoping to inspire others out there to take part in these games. Get out there and do it. You can do it!

The 40-year-old from Seaford in East Sussex is taking part in multiple events at the Invictus Games including athletics, indoor rowing, wheelchair rugby, wheelchair basketball and the Jaguar Land Rover driving challenge.

Mr Phillips received a spinal injury while on patrol in Afghanistan in 2012 and was medically discharged.

He told the PA news agency he pretty much became a recluse and did not want to leave his house, but training for the games has encouraged him to “really live life to its fullest”.

Mr Phillips said he is now nervous with the event so close.

Family and friends of competitors, including Dan Phillips’ sons, cheered on from the side (Steve Parsons/PA).PA Wire/PA Images - Steve Parsons

“However I know that it’s an incredible lifetime experience, so I can’t wait to get out there and get it done and just have an amazing time,” he said.

Mr Phillips said he would encourage anyone thinking about taking part in the Invictus Games in the future to go for it.

“I thought there was no way somebody with a spinal cord injury would be able to take part in it.

“So I gave it a go in 2017 and I saw how all the different sports were adapted. I didn’t get selected for 2017, however I came back stronger for 2018, and I got selected in four different sports and it was and absolutely incredible experience.

“And I can’t believe that I’ve been extremely lucky to be selected again to take part in this one.

“And for me it’s all about hoping to inspire others out there to take part in these games.

Ms Wales and Mr Phillips are part of the 61-strong Team UK – 91% of whom are making their Invictus Games debuts.

Charity Help For Heroes is responsible for the selection, training, and welfare of UK competitors.

This weekend, Team UK’s friends and family will be cheering them on from the sidelines at the training camp, supported by the Royal British Legion.

Help For Heroes’ Hannah Lawton, chef de mission for Team UK, said: “The journey to an Invictus Games is always massive for every single competitor as they learn to adapt to life-changing injuries and illnesses, and manage daily struggles, before even getting to the point of applying to compete.

“None of us imagined that Team UK would have the added challenge of a pandemic and – by the time they get to The Hague – a delay of two years.

“These competitors are well-versed in taking on challenges though and I’m so proud of the commitment they’ve shown to the team, whether that’s in keeping up with training virtually, supporting their teammates or recognising when they need to step back and take a break.”

Harry played an instrumental role in bringing the games to the UK in 2014, when 300 competitors from 13 countries took part in the inaugural competition in London.

A trip to the Warrior Games in Colorado a year earlier had been the inspiration as Harry saw first hand how sport helped inspire recovery and support rehabilitation of wounded troops.