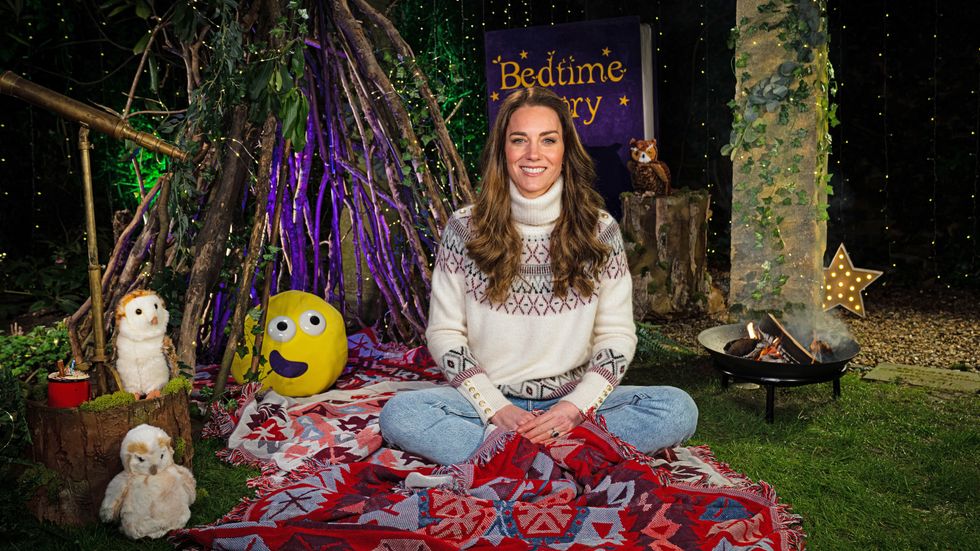 The Duchess of Cambridge has encouraged young viewers to face their fears during a bedtime story reading for CBeebies.

Kate described the modern children’s classic The Owl Who Was Afraid Of The Dark, by Jill Tomlinson, as an “encouraging tale” during her narration of the book to mark Children’s Mental Health Week.

Illustrated by Paul Howard, the book tells the story of baby barn owl Plop, who is helped by others to grow in confidence and overcome his fears.

In a clip from the recording, Kate says: “Wow, what an encouraging tale.

“We can all feel scared sometimes just like our little owl friend Plop, but as Mrs Barn Own said, ‘It’s better to find out about the things that scare us before we make up our mind’.

“And with the help of others, we can often face things that worry us. Now it’s time for bed. Night night and sleep tight.”

The duchess is following in the footsteps of Hollywood star Chris Evans, best known for playing Captain America, Foo Fighters frontman Dave Grohl and British actor Tom Hiddleston, who have all appeared on CBeebies Bedtime Stories.

For the broadcast on the BBC’s channel for young children, the duchess wears jeans and a Fair Isle jumper. She appears to be sitting in the corner of a wooded area, with a hot chocolate within reach, two soft toy owls for company and a lit fire bowl.

Children’s Mental Health Week is a national event that aims to highlight the importance of the issue, and Kate picked Tomlinson’s book as the story chimes with this year’s theme of Growing Together.

The Owl Who Was Afraid Of The Dark read by the duchess on CBeebies Bedtime Stories will be screened at 6.50pm on Sunday.