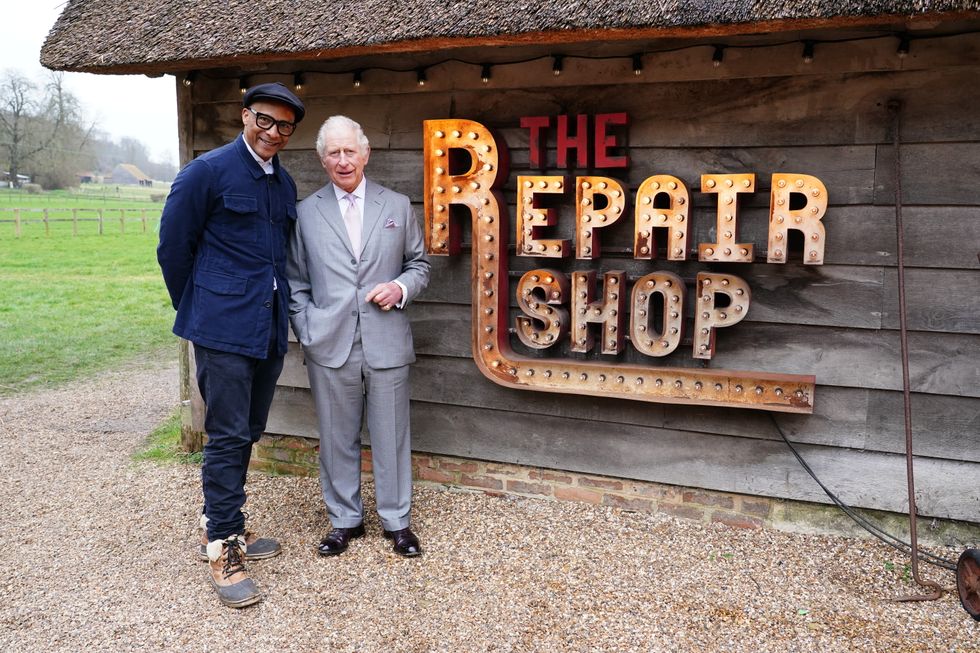 The King admits “the suspense is killing me” during the trailer for a special edition of BBC One show The Repair Shop.

The teaser sees Jay Blades and the team visit Dumfries House in Scotland for a one-off episode marking the broadcaster’s centenary.

In The Repair Shop: A Royal Visit, the then Prince of Wales needs help with an 18th-century bracket clock and a piece made for Queen Victoria’s Diamond Jubilee by British ceramics maker Wemyss Ware.

Before the results are unveiled, he asks the crew: “Have you sorted this? The suspense is killing me.”

The monarch, 73, also meets students from the Prince’s Foundation Building Craft Programme – a training initiative that teaches traditional skills such as blacksmithing, stonemasonry and wood carving.

The King also says during the preview: “Apprenticeships are vital. I see the difference we can make.”

The monarch also lends Prince’s Foundation graduate Jeremy Cash to the Repair Shop to work with metalwork expert Dom Chinea on a third item described as a fire set in the shape of a soldier with a poignant story behind its existence.

The Repair Shop: A Royal Visit will air Wednesday at 8pm on BBC One.