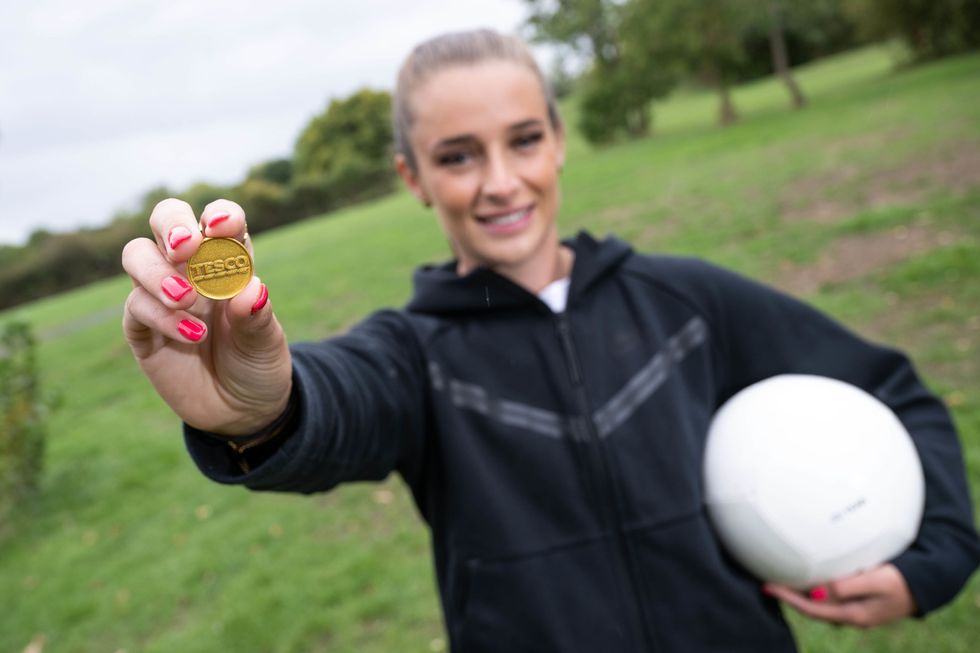 A Lioness has teamed up with a British supermarket to support community projects.

Ella Toone, who was part of England’s winning Euro 2022 team, has worked with Tesco to launch its Golden Grants programme, which will see donations of up to £1 million given to local organisations helping their communities.

Toone surprised Achieve, Thrive, Flourish (ATF) – based in Basildon, Essex – which works with communities and young people at risk of exclusion and helps to improve their wellbeing. It was one of the first recipients of a Tesco Community Grant.

“I’ve seen first-hand the amazing work that local groups do and how they support their communities,” Toone said.

“It’s more important than ever that they get the vital funding they need through projects like Tesco Community Grants, so they can continue making such a huge difference to so many people.”

Shoppers can get involved on October 15, from noon to 1pm, with customers in 100 Tesco stores able to take part in a lucky dip to find gold voting tokens, which are worth £1 million in grants.

The winners will then choose three of the good causes which are part of that store’s vote, with the latter receiving a £10,000 Golden Grant and the shopper winning a Tesco voucher.

Since the community grants scheme was launched in 2016, more than 50,000 good causes have been supported by Tesco (Jeff Spicer/PA)PA Wire/PA Images - Jeff Spicer

For online shoppers, there is a “digital” golden token which shoppers can win by nominating a charity through the Tesco Golden Grants competition, which can be found on Tesco’s Twitter page.

Jason Tarry, chief executive of Tesco in the Republic of Ireland, said: “£10,000 can make a huge difference to local groups and help them weather the current rises in costs.

“We’re giving customers who visit the stores taking part a chance to help a good cause that’s doing amazing work on their doorstep.”

Since its community grants scheme was launched in 2016, Tesco has supported more than 50,000 good causes with £100 million, including breakfast clubs, food banks and counselling and support services for young people and children’s sports teams.

Please log in or register to upvote this article
charityLionessesTesco

Woman who 'married a ghost' furious after husband ruins honeymoon

The 'hierarchy' of regional British accents

Married At First Sight star criticized for fat-shaming a mannequin