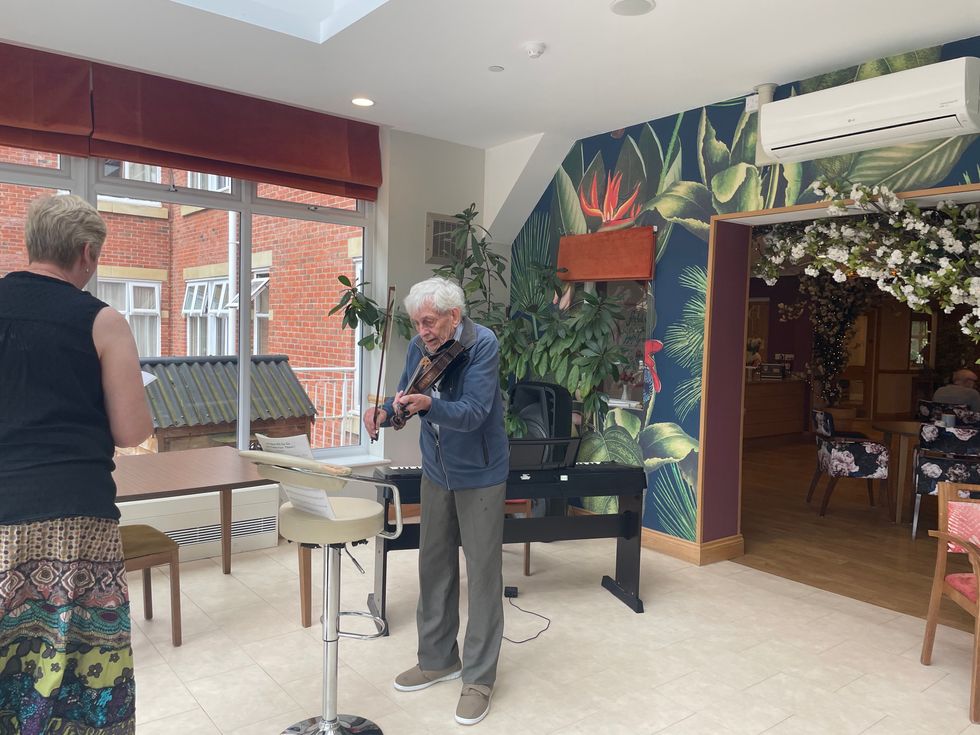 The general manager of a care home has given the gift of music back to his “inspiring” former schoolteacher who now lives with dementia.

Neil Gandecha, 40, was reunited with 83-year-old David Brown, who became a resident at the care home he is the general manager of – Foxholes Care Home in Hitchin, Hertfordshire – in 2021, after Mr Brown was diagnosed with dementia in March 2020.

Mr Brown previously taught Mr Gandecha English and French at the town’s Kingshott School and was cited as being “an inspiring figure” for his career development.

Despite being the head of English at the school, the retired teacher has always had a love of music, in particular the violin, which Mr Gandecha has helped to bring to life again through dementia therapy tools and a reunion with a fellow musical friend, Kingshott School’s head of music, Alison Eales.

The meeting sparked memories for Mr Brown of him previously playing with Miss Eales, which led to him doing “something he hadn’t been able to do in years” – play an “unforgettable” and beautiful version of the Bruce Springsteen song, When The Saints Go Marching In.

“To see Mr Brown and Miss Eales reconnect over lunch and perform a rendition together, especially from a former pupil’s perspective, was a proud moment for me and my sister – who also works at Foxholes,” Mr Gandecha said.

To pay back our teachers a little, with a moment of reminiscence and happiness, was unforgettable

“To pay back our teachers a little, with a moment of reminiscence and happiness, was unforgettable.

“Mr Brown, who is now insistent that I call him David, played the violin as beautifully as I remember when I was just 10 years old!”

He also hoped that the story will “remind people that friendships can blossom and withstand the test of time at any age, any time, and anywhere”.

Please log in or register to upvote this article
DementiaHertfordshireMusicReunion