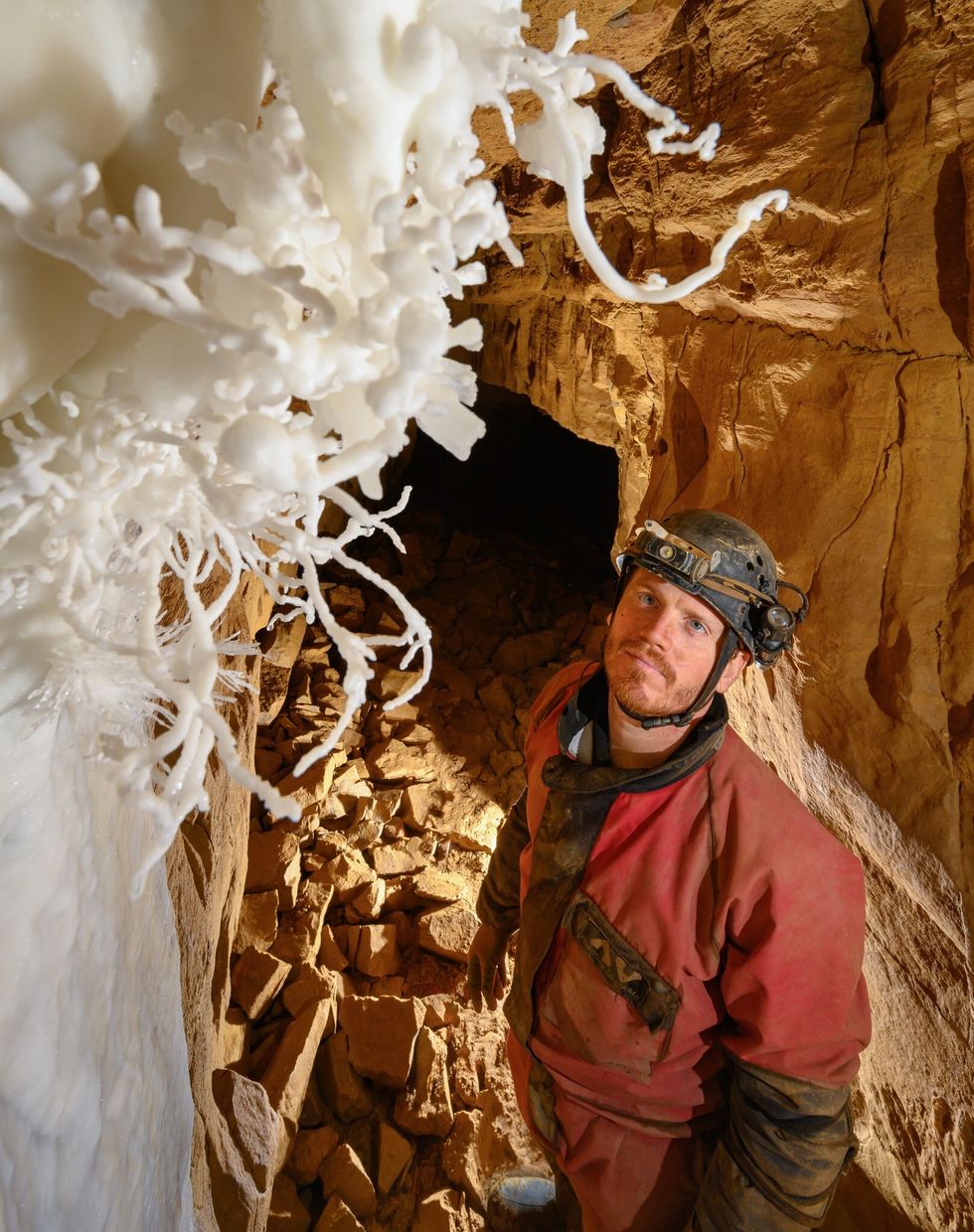 A man who was trapped for 54 hours in a Welsh cave and thought he “might never come out” has said he wants to give something back by becoming a volunteer for the rescue team that saved him.

George Linnane broke his leg, jaw and ribs in a fall after going caving with a group in Ogof Ffynnon Ddu in the Brecon Beacons last year.

It took around 300 volunteers and one of the longest cave rescues in UK history to save the 38-year-old, and he told BBC News he felt “lucky to be alive”.

Despite this, the engineer from Bristol said caving is a part of who he is and is keen to get back underground as soon as possible.

He has also chosen to sign up to volunteer for the South and Mid Wales Cave Rescue Team, who co-ordinated the operation to save him, saying it is the “right thing to do”.

Reliving his terrifying ordeal, Mr Linnane described setting out on the morning of November 6 with a small group to the deep cave system near Penwyllt.

What was supposed to be a six-hour excursion turned into an epic nightmare after an “instantaneous” fall.

When Mr Linnane next awoke he realised he was injured and could not move. In fact, his injuries were life-threatening.

As well as his more obvious breakages, he suffered a dislocated clavicle, lacerated spleen, collapsed lung and a broken scaphoid in his wrist.

Mr Linnane said: “I was just screaming and screaming in pain at that point. It was nasty.”

While one friend went to raise the alarm, another stayed and spoke to him for hours to keep him awake.

“I kept flipping between two states – there was: ‘I’m going to fight this and survive’, which became: ‘I really don’t care’,” he said.

“It was when those first advanced first aiders turned up, from that point onwards, I always felt like I had a chance. But initially, I wasn’t sure I was going to make it.”

The first part of the mission involved pulling him through the narrower passages to get him to a larger area where he could be put in a tent to keep him warm.

Rescue volunteers came to his aid from all over the country and Mr Linnane said he remembered seeing familiar faces from the Forest of Dean, Mendips and Yorkshire.

Strapped to a stretcher, Mr Linnane was pulled out of the cave with rescuers forming a line and passing him along.

The process took more than two days with the operation having to pause regularly to treat the injured man or change teams.

The caver said he had an “overwhelming sense of relief” when they finally got to the exit.

He emerged in the dark of the third night, with hundreds of cavers on the site and members of the press, and he was rushed down the hill to a waiting ambulance which took him to hospital.

Now, he says he is thankful for the “tight-knit bond between cavers” and wants to give back by becoming a rescuer himself.

“Caving is a very safe sport, generally speaking, for people that know what they’re doing. It’s as safe as crossing a road,” he said.

“But things do happen occasionally. And when they do, there is only one team of people, one type of person that is going to get you out of there.”

He added: “I’m a caver and I’m a diver. It’s what I do and what makes me happy. And I know that whilst something bad did happen to me, the chances of it happening again is very, very low.”

Please log in or register to upvote this article
Brecon Beacons